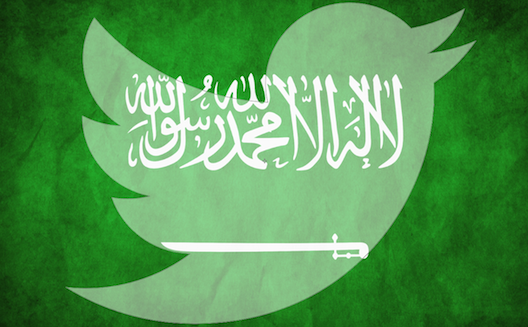 Its IPO was generally deemed a success, mostly because TWTR shares weren't being sold off by the end of the first trading day. However some, like Vauhini Vara at the New Yorker, argue that by pricing its stock higher, it could have made a billion dollars more than it did- more than sum of its total revenue to date.

Regardless of how one measures success, it's clear that the Twitter's work is, in a sense, just beginning. The pressure is now on for the social network to grow, gain more active users (some estimate that only around 26% of users are actually active, and 61% have never even tweeted once), and boost its revenue from international markets (only 26% of its profits last quarter came from outside the US).

To achieve all three goals, Twitter will have to look to a market many might not expect: Saudi Arabia.

1. Saudi Arabia has the highest Twitter penetration in the world.

According to PeerReach, Twitter penetration in Saudi is a whopping 33%, higher than any other country analyzed in the study. GlobalIndexWeb, on the other hand, estimated the percentage to be 41%. Either way, it's at the top. 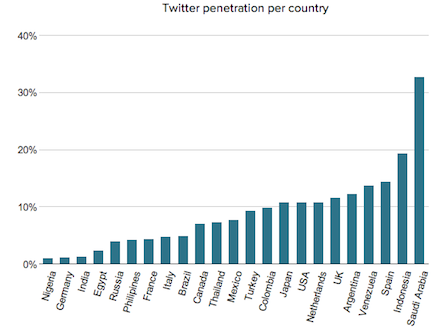 2. Saudi Arabia is one of the fastest-growing Twitter markets in the world.

Data from 2012 show that Saudi Arabia ranked eighth in terms of growth in active users, according to GlobalWebIndex. Yet in the first eight months of this year, over one million people in Saudi joined Twitter, boosting the total number of Saudi Twitter users by 128%, which would hit the top of the below graph. This incredibly fast rate shows no sign of slowing. 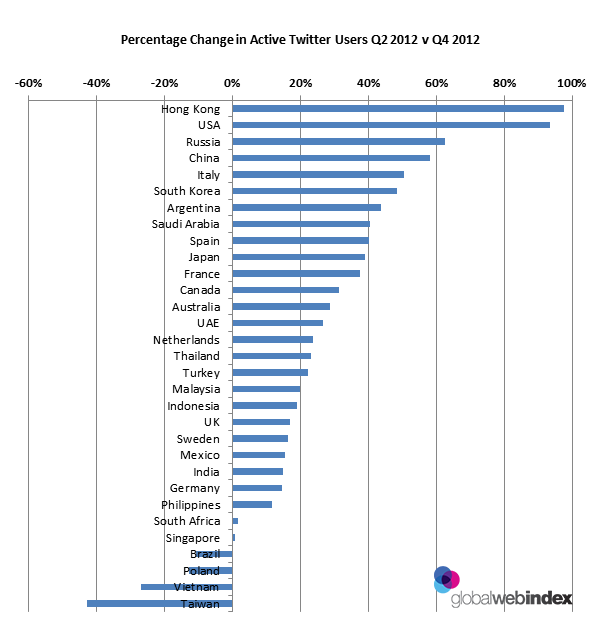 3. Saudi has a high percentage of active users.

Of 3.7 million active Twitter users in the Middle East, 1.9 million live in Saudi, according to the Dubai School of Government's 5th Arab Social Media Report, where an active user is defined as "someone who logs in (but does not necessarily tweet) once a month."

Twitter's own forecasts indicate that it will be looking to Saudi Arabia as well as Argentina, France, Japan, Russia, and South Africa, for coming growth.

And now that Twitter is profitable for the first time, it will have to figure out how to make money from the near 75% of its users that live outside the US. While digital ad spend in the Middle East is lowest by region in the world, perhaps multinationals looking to enter Saudi Arabia will be persuaded to buy up sponsored Tweets.

So why is usage so high in Saudi?

Twitter already has a relationship with Saudi Arabia; Saudi Prince Al-Waleed bin Talal invested $300 million USD in the company in December 2011, giving him a 3% share in the company.

But as for the rest, some say that it's an innate affinity. "Twitter appeals to the Saudi user. He just wants to say what is on his mind, float an idea, debate and discuss it and jump onto a new subject,” Bilal Hallab, a social business strategist at social media consultancy Social Clinic, told Arab News.

Manal Assaad, a Saudi social media analyst at The Manalyst, told the publication that use is driven by discovery. “From my personal experience, I can say that Twitter can give the youth a great boost in terms of data discovery and knowledge, ideas and value exchange,” said Assaad. “Twitter allows the youth to follow local and international professionals who share their knowledge as well as useful tips and articles in small doses on a frequent basis.”