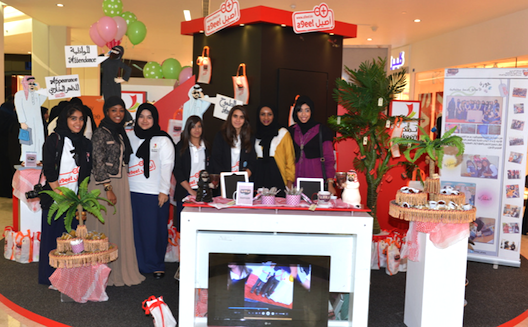 I took a number at my bank and sat down, waiting for the teller. I looked at my ticket: number 193. I looked up at the customer service screen display: number 179. Average waiting time: 22 minutes.

After around 5 minutes a bank employee approached me and told me I could go next. I smiled and looked around at all the men waiting, holding their customer number tickets and then I remembered today was Bahraini Women’s day.

Women still face many challenges—particularly in domains like family law—and they remain underrepresented in the political sphere. But as a woman, I feel very blessed to be a female entrepreneur in Bahrain.

Bahraini Women's Day is celebrated every December 1st. This year, Tamkeen, Bahrain’s private sector development body, demonstrated its support for women, who comprise almost half of its beneficiaries. Launched in August 2006, Tamkeen is tasked with supporting Bahrain’s private sector to become a key driver of economic developmentpart, consistent with the Bahrain Economic Vision 2030.

Tamkeen’s Chairman and Acting Chief Executive Officer H. E Shaikh Mohammed bin Essa Al Khalifa highlighted the important role of women in the economy, saying, "Representing 35% of the Bahraini workforce, Bahraini women play a key role in the national economy. It is, therefore, necessary to provide women, whether entrepreneurs, business owners, employees, students, or graduates, with the tools that enable them to grow. This is why Tamkeen set up a women empowerment committee to supervise women-focused programmes and developed a women empowerment strategy to serve as a framework for all women support initiatives."

In 2009, Tamkeen won an Award for Women’s Empowerment from Her Royal Highness Princess Sabeeka, and it has continued its programs of support, which include:

As part of its stakeholder engagement, Tamkeen also held a number of consultations with the public to receive feedback on its programmes—including areas in which women need more support. The results of those discussions have been incorporated into Tamkeen's 2014 Operational Plan and I look forward to seeing what they come up with next.