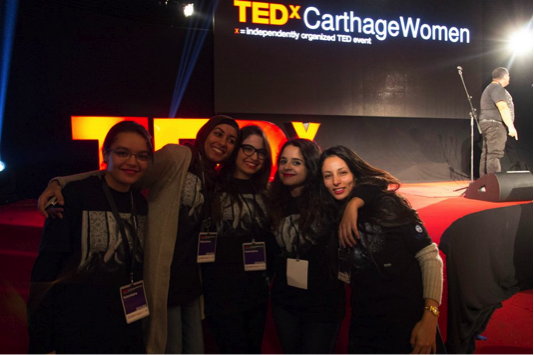 Fresh off the success of its September installment, TEDxCarthage held its latest edition, TEDxCarthageWomen on December 8th, 2013 at the famed Palais des Congres in Tunis. Not only did the conference put a spotlight on the achievements, struggles, and potential of women in this country, but also began a broader conversation about innovation, risk taking, and what is possible in Tunisia.

Entrepreneur and project management specialist Houssem Aoudi brought TEDx to Tunisia in 2010, taking an idea that sparked during a dinner conversation with friends to a major national event in just three years. The September edition of TEDxCarthage, with the theme of Trust as a New Currency, sold all 1,500 tickets in ten minutes. TEDxCarthageWomen ticket sales were even more impressive: all 1,000 tickets were claimed within the first four minutes. (Full disclosure: I helped in the organization of this event.)

With its December 8th edition, TEDxCarthage took the global TEDxWomen theme and crafted a message of citizen accountability, creativity, grassroots solutions and innovation. The Spark theme developed based on a conversation about the role women have played throughout Tunisian history, from Queen Elissa who founded Carthage, to Thewid Ben Echeickh, the first female doctor in the Arab world. 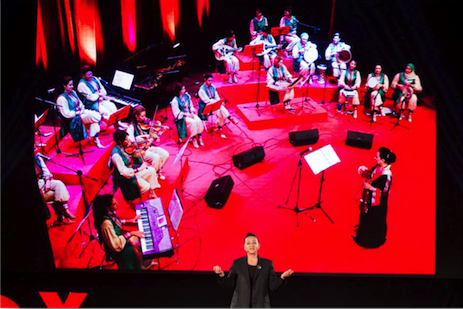 Three years into the country’s political transition, many innovators, activists, and entrepreneurs are feeling apathetic. Afraid of taking risk in a tenuous political and economic environment, many are becoming discouraged by the slow pace of reform and are unsure how to move forward. By shining the spotlight on the dynamic role women in Tunisia have played, organizers sought to use these women’s stories as a way to reenergize the public and reinvigorate a spirit of optimism.

Each of the speakers had her own unique story to tell. Highlights included Christine Gaulis describing her move from life as a producer in Switzerland to Afghanistan to work with the International Red Cross, Raya Ben Guiza discussing her plan to create a website that reports good news from Tunisia, and Leila Charfi speaking about innovation throughout the African continent. These women showed the value in taking risks, recognizing your passion and getting carried away, and most importantly, not being afraid of the unknown. Given that much of the country is looking to create solutions and develop their ideas, the conference’s messages were timely and had a significant impact on the audience members. 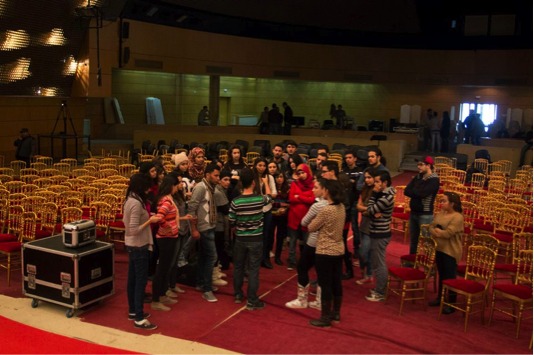 Khaled Younes meeting with volunteers prior to the event

Beyond the Conference Forum

TEDxCarthage has prioritized including parts of the country as well as segments of the population that may feel marginalized in the current political climate. Conference organizers have bestowed special attention on the country’s sparsely populated interior, as well as the youth of the country, focusing on skill building for the next generation of Tunisian leaders.

TEDxCarthage attendees participated in a series of 10 workshops led by TEDx officers from around the world as well as Tunisian trainers, developing the skills necessary to host their own TEDx event. With topics ranging from financial planning, technical training, and managing a social media team, at the end of the series, participants will be fully prepared to take on their own initiatives in the future.