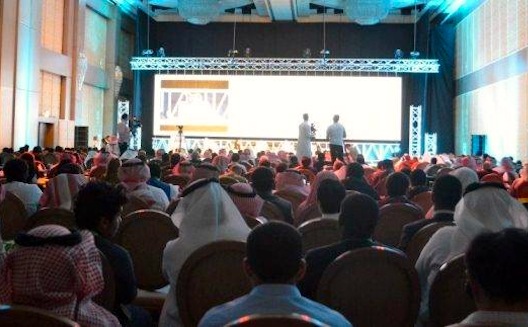 On December 3rd and 4th, the Arabnet Digital Summit took place in Riyadh for the second time, kicking off with a session on ‘Entrepreneurship in Saudi Arabia,” which is, in fact, a hot topic in the country recently.

The highlight of the panel discussion was a call for positive empowerment with Saudi youth to favor entrepreneurship over traditional routes of employment, in which HRH Saud AlFaisal said, “Women are a power that is not yet leveraged in the Kingdom,” as follow up to a daring statement by Riyadh Al Zamil, the Founder and Chairman of Raz Holding Group, who said that “Saudi female entrepreneurs tend to be better and more serious than some male entrepreneurs.”

The Ideathon and Startup Competition sessions that followed were certainly testament to the commendable entrepreneurial spirit of Saudi youth, as they showcased ideas that included Non.sa, an educational platform for entrepreneurs, AkilBayt, Sawerly, a photographer booking website, Wujhaat, digital tourism agency, and Feelit.app, an social network app that operates through feeling.

To better understand what drives Saudi entrepreneurs, I chatted with Mohammad AlQadi, the co-founder of Feelit.app, who dropped out of business school to pave his own way. The decision was not well-received by his family, as a college degree is still considered the only guarantee for a decent future at a stable job, but Mohammad believes that learning is more important than a certificate, and entrepreneurship is a more rewarding learning experience than his experience in higher education.

After attending Startup Weekend Riyadh earlier this year, he was motivated to start his own venture, and launched Feelit.app, a social network that targets young people, who are now fleeing from Facebook, and allows them to share their feelings and engage with others based on the way they feel.

After hearing about Arabnet Digital Summit through a friend, AlQadi decided to participate in the Ideathon competition to meet potential investors and incubators, and get feedback and new ideas from attendees. When it was all done, he said it was an empowering experience that he would recommend to his fellow entrepreneurs. 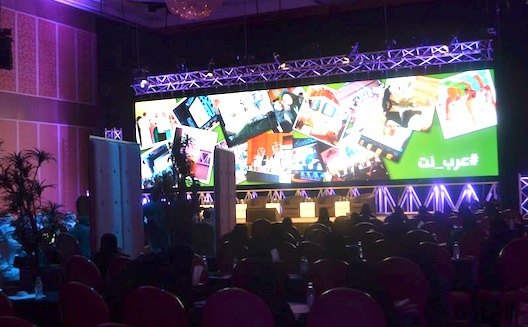 Another major topic in Saudi Arabia right now is female employment and the role of women in business, which was the topic of “Women in Tech,” a panel discussion with leading female figures such as Shahd AlAttar, the Advanced Services Manager at CISCO and also a leading member at CellA, the Saudi professional women’s network, and Maha Taher, Digital Marketing Manager at 77 Media. The panelists discussed how current work conditions for women in Saudi are much better than they were five years ago, but that it could still take many years for them to overcome existing challenges, as it is not yet possible or easy to be independent and functional in business without a man, especially a driver, whom Esra Assery , the cofounder and CEO of digital agency eTree , called humorously “my partner in success!”

Working in the digital scene does give women a level of flexibility that we most require in Saudi, and helps us break through cultural barriers. I believe that young women in Saudi Arabia will increasingly take interest in digital entrepreneurship, in order to have the option to work from wherever they like, and launch their own digital ventures or take their ventures to the digital world, given the huge market opportunity that Saudi presents with its ever-increasing digital consumption.

This trend towards digital consumption was evident in the “Instagram Commerce” panel discussion on the second day, which featured four women who had launched small businesses in homemade cooking and baking that skyrocketed after they began using Instagram to post professional photos for their business. All of the women on the panel depend on Instagram to promote their businesses, take orders through mobile (via Whatsapp, SMS or phone calls), and receive payments via cash upon delivery. They found this simple promotion channel effective and enjoyable for their customers, who can engage via their favorite social network, as Instagram users are predominantly female. However, I would have loved to see examples of other businesses that are not food-related or with a different target audience, who might have also found success marketing through Instagram.

What was clear at the event is that digital marketing is no longer just a trend for most Saudi businesses; it is a necessity. Hossam AlQurashi, the Vice President of Marketing & External Affairs at Al-Nahdi Medical Company, predicted that in the next five years, traditional marketers will become extinct if they don’t adopt digital marketing strategies. During the “Digital Brand Management” panel, he stated that the only marketers who will succeed are those who use data-driven marketing plans. Businesses simply can’t shy away from social networks, especially Facebook, as Rob Kiely, Facebook’s Marketing Manager for MENA, pointed out, sharing the fact that there are 6.4 million Facebook users in Saudi, 72% of which are male & 28% are female, with an average of 151 friends, which is considered very social relative to the world average. In addition, 72% of Facebook users in Saudi access the platform via mobile, which isn’t surprising given that the country’s smartphone penetration rates are some of the highest in the world (60% according to Google).

Throughout the conference, what was evident is that the Arab world is leading its own trends on social networks, not following Western trends as once was. For example, Saudi Arabia now has the highest viewership on Youtube, with some of the most-viewed channels and creative shows, especially those produced by UTURN and C3 Films. This made the “Youtube Production” panel discussion all the more interesting to an audience that was eager to learn about what goes on “behind the camera” that features their beloved Youtube stars.

This was the last session in the conference, after which I caught up with the conference’s founder, Omar Christidis, to get his opinion on Arabnet Riyadh as compared to Arabnet Beirut and Dubai.

“There’s no question that Saudi Arabia is the most important digital market in the Arab world, with the biggest promise,” he said. “I think, personally, that it is the most innovative market; some of the reasons behind that innovation are perhaps that ‘necessity is the mother of invention.’ Today, there are some constraints and limitations in the country, such as the limitation on women driving, so they have innovated with Instagram commerce & activity on social media, or the limitation on the kinds of media available on television, which created an amazing growth of Youtube channels that are locally produced.”

With Saudi’s YouTube presence facilitating new revenue streams for video content producers, along with the boom in smartphone penetration and progress in women’s ventures, there’s no doubt that entrepreneurship will leapfrog forward over this next decade in the Kingdom.