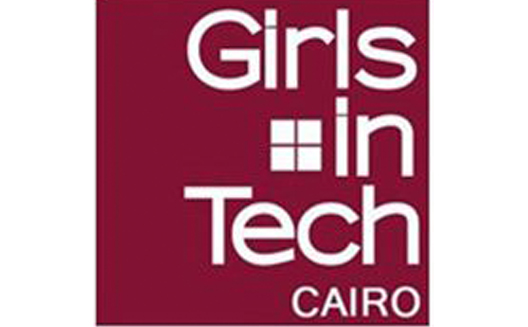 Many don’t believe that women can be as successful as men in fields related to math and science. Coding and computer programming have particularly been male-dominated fields, in the West as well as in the Arab world.

This perception has inspired the formation of several all-women coding and electronics groups, such as Girls Who Code, Women Who Tech, Women 2.0, and Girls in Tech which have opened two regional branches this year, in Cairo and Dubai. (Another regional branch, in Kuwait, closed three years ago.)

Girls in Tech was launched last November to bring the "know-how" of Lean Startup Machine to Egypt - its three-day model of trainings, tutorial sessions, and workshops targeted at school students in underdeveloped markets - to Egypt's students. But since then, the political and economic climate has forced the local chapter of Girls in Tech to shift its strategy and build instead a local community that challenges girls to develop tech skills on their own. Looking for local technical partners to fill in for the leery American organization wasn’t easy, according to Karam, because Egyptian telecom companies are rarely interested in anything beyond their own bottom lines.

This community was launched during a big event in Cairo, during which members were able to share opportunities and advice to facilitate their work. Smaller, more informal networking meetings as well as customizable mentorship events are also in the making.

Mona Karam, founder of Girls in Tech’s Egypt branch, is 27 years old, and works in Research and Development at Vodafone. While the general impression, she says, is that it’s harder for girls to succeed in technology fields, she and her organization have worked on bringing several young women to the forefront. One of these is Dr. Maha Nassar, founder and CEO of Jupiter2000, who has been working in the IT field since 1996, specifically in electronic financial transactions. Another woman is Rasha Ali, CEO of Smacrs, which specializes in e-advertising and marketing and other e-services. Both participated in the opening ceremony for Girls in Tech’s local branch in Cairo back in April.

"Women's capabilities usually begin to be questioned after they graduate from college with majors related to technology, math, engineering, science, and business management," she says. Women, she adds, sometimes struggle to find support from even the people closest to them, as was the case with Dr. Maha Nassar who revealed, during a speech in the opening ceremony, how her husband discouraged her in the beginning of her professional career. Later, he became her biggest supporter as her company's customer database began expanding to the GCC countries.

The Girls in Tech team, made up of five women who work part-time, including Karam, as well as many volunteers, are developing a database of pioneering women in the fields of mobile apps development, online marketing, and online media. Few pure technical fields are included in this list, perhaps because of the continuing stereotypes that Karam seeks to challenge.

Even though the Egyptian branch opened prior to the Emirati one, the latter, also run by an Egyptian woman, has experienced more success, including a partnership agreement with Startup Weekend.