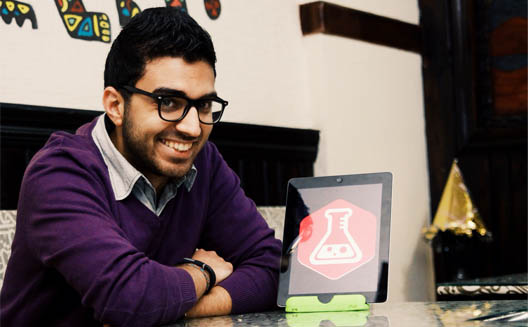 Designed to bridge the gap between the conventional hard copy drug reference manual and the digital lives of today's physicians, Dawaa is a newly released modern digital drug index for the Egyptian market. The service is tailored to young health care professionals: pharmacists, physicians, and dentists.

Just like a regular drug index, Dawaa provides information about drugs in the Egyptian market (such as the price, chemical composition, dosage, etc.), with the added advantage of searching by scientific drug name, and thus getting the generic alternatives for any drug, instantly.

Dawaa was brought about by Amr Sobhy, who describes himself as “a pharmacist by education, business person by profession, poet by passion, and entrepreneur at heart.” Sobhy is also the founder of PushBots, a startup that developed a simple way for app managers to send notifications to their users (previously covered by Wamda).

His decision to launch the digital drug manual was born out of his own personal struggle with the conventional portable hard copy drug index. “Since the product is very niche, not too many people will be trying to solve this problem,” he explains, and “[I had the advantage of coming from] the culture of building.” Sobhy quickly assembled a team of two physicians, a designer, and an iOS app developer, to help him with the project.

Dawaa’s website launched on December 2nd with an eye-catching graphic user interface, followed by its iOS app by the end of December, and an Android app in January. Sobhy believes his product faces very little competition, if any: “web-wise, there's no competition right now that I'm aware of. Mobile-wise, there's one or two apps [that are] completely horrible with no sense of user experience and are twice as expensive,” he elaborates.

Dawaa is being offered free of charge online; mobile access is a premium feature sold at $3 USD, for either the iOS or Android. Although Sobhy describes the number of buyers of the premium mobile app as “discouraging,” his iOS app ranked first on the list of top paid apps in Egypt’s App Store between the 6th and 9th of January.

Sobhy is currently trying to isolate a better business model, which would make the whole service free for everyone. “I have a promising startup at PushBots,” he explains. “Dawaa is a personal experiment for me, to learn about the mobile scene in Egypt, and build something I've always personally wanted.”