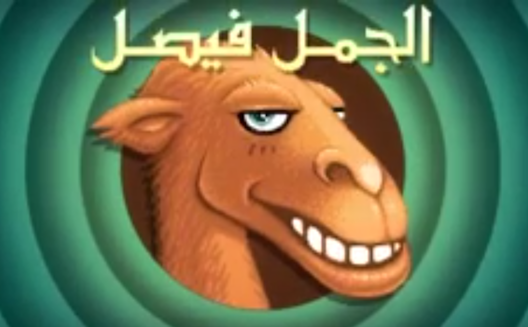 An accidental release has been a serious success for Saudi game developer Na3m Games. Harwil Ya Wahsh!, the company’s free-to-play iOS game which will be released in English as Run Camel Run! in a few weeks, has spent 16 of the 19 days since its release in the top ten most downloaded game in Saudi Arabia rankings, and 13 in the top five. “We’ve done that with nearly zero advertising,” says Na3m Games COO and General Manager Ryan Riegg in an e-mail to Wamda, “apart from $30 USD.”

How does a new game get so popular without advertising? “There are a lot of factors,” Riegg continues, but he chose to emphasize the quality of the programmers and artists who developed the game as the primary factor in its success. The YouTube preview shows a sort of PacMan camel eating points and jumping to collect prizes, against beautifully rendered, if stereotypical, Middle Eastern cityscapes. We tested the game, similar to Captain Oil developed by Game Cooks here in Lebanon, at Wamda's offices this morning and were duly amused. Arabic Managing Editor Maya Rahal says she's impressed by how fun the game is given its basic design and name, and thinks her 5 year-old son Salam will love it, given its easy touch-to-jump feature.

Na3m Games plans to release an update, involving “more social sharing features, bug fixes, better streamlining in the store [where users make in-app purchases], some fun new animations,” as well as an Android version “in the next few days,” says Riegg. Also in the works for the young company, open just a year, is “an educational game about Saudi’s different cultural regions and preserving the country’s heritage,” an interesting project given that the members of the 16-person team hail from 9 different countries.

But other than this Saudi-centric game, the company’s focus is squarely on the region, reflecting its multi-national team. “Our flagship game, which I can’t really talk about, should be out in 5-6 months… this is a game that we hope will have a major impact on the region.”