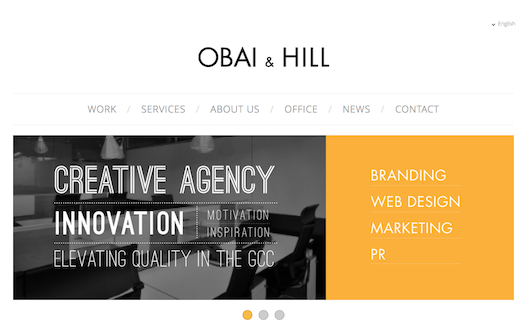 I first met Wafa Obaidat at a TEDxYouth event in Bahrain. I was floored by how — at 23 years old — Obaidat was running operations for her Sketchbook Magazine from a studio apartment in Notting Hill, London, with around 400 contributors and volunteers working pro bono.

Since her salad days in London, she’s founded her own creative agency, achieved success in London, and transferred her business to Bahrain. Here’s how she did it, and some lessons she learned along the way.

How did she do it?

A graduate of the Chelsea College of Art and Design, Obaidat has worked with Vogue Nippon and designers like Liza Bruce and Marko Matysik of Big/Show Magazine. 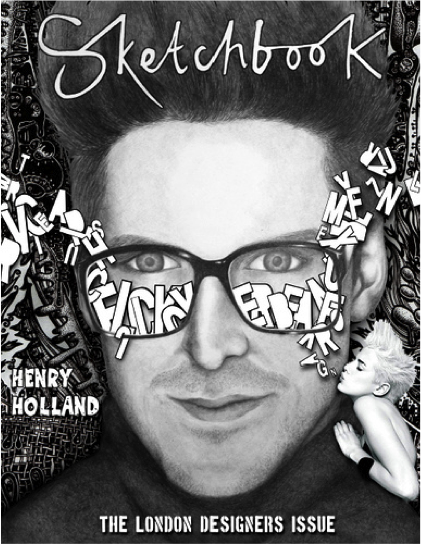 The idea for Sketchbook was born out of Obaidat’s desire to build a platform to support emerging artists and designers. Initially focused on the U.K. but later expanding to the Arab world, Sketchbook is an online magazine that looks like it was printed in actual sketchbooks, showcasing underground fashion, art, illustration, photography, and design.

With neither funding nor advertising, Obaidat was armed only with her passion for design and persuasive charm.

“It was terribly difficult at first. When I started to meet people to get them involved and they saw that I was 22 years old, they just ran the other way! I really had to sell the concept of the magazine via email so I spent a good 5-6 hours a day emailing illustrators, designers, and writers to get them to contribute their work to the magazine.”

Reflecting on why people were drawn to her mission, Obaidat notes: “At the end of the day I was filling a gap by providing a haven for creative expression for young designers. I trusted many juniors with big responsibilities and shared space on our platform for them to write, design, and review events, projects, and exhibitions.”

After launching Sketchbook, Obaidat was offered the opportunity to become editor of Dia-boutique, which was the number one e-luxury site in the Middle East at the time. She had also been reporting for High Life Dubai, Borderline, and Prim Magazine in New York as a fashion journalist and contributor.

It was then that she decided to launch her own agency Obai & Hill, offering bespoke creative services and solutions in the areas of design, PR, marketing, and digital.

Some of her London projects have involved designing pop-up spaces on the trendy Carnaby Street and the Clothes Show Expo in Earl’s Court. In Bahrain her client portfolio has included big brands like McDonalds and Vapiano, and local brands like Bahrain Flour Mill and Green Diamond.

However, despite Obai & Hill’s success in one of the world’s most competitive cities, moving back to Bahrain was not that straight forward. 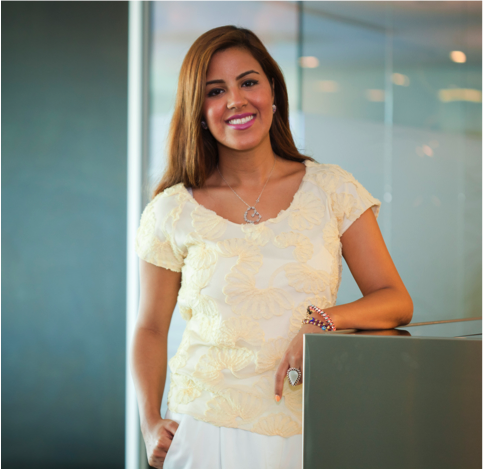 “It took me one whole year to get familiar with the organizations, the business culture, how things worked, and who’s who. It taught me that if I were to expand to another city or country I would need time to really understand the market,” Obaidat says of her move.

“In London, I could work from my studio apartment and not have to deal with registrations or fees to start up — all I needed was some space and a laptop,” Obaidat says comparing her U.K. experience with Bahrain.

“I was also devastated to discover that if I wanted to publish a magazine in Bahrain, I needed to show the Ministry of Commerce BD 50,000 (more than $132,000 USD) in my account and have five Bahraini partners. Unfortunately some of our laws are outdated and hinder productivity and innovation,” laments Obaidat — as many Bahrain-based entrepreneurs have noted.

What she wishes she’d known…

Obaidat started her Bahrain operations with a senior designer, an accountant, and an account manager, hiring them organically and one at a time as she secured new projects. Today, Obaidat’s team consists of nine 20-something women (and one man) who see themselves as creative problem-solvers driven by elevating their clients’ brands.

“I wish I had known that without any business or accounting experience, my first hire should have been an accountant,” Obaidat says thoughtfully. “As a creative person, lack of discipline is an issue and I mismanaged funds that I earned through services and mixed them up with my personal accounts. We then started scoring retainer projects which allowed me to created cash flow budgets for the year ahead and plan my next hire.”

Another barrier Obaidat has faced is access to capital — despite Obai & Hill’s high growth figures (233% in its second year, and 70% the following year). “I attempted to close two investment deals but I had to drop out due to the lack of professionalism from my potential partners. We still need to educate investors on how to invest in startups, and for startups to learn how to deal with investors. I think there is a massive gap in the educational process in that sense.”

Obaidat is currently meeting prospective investors for a co-creation hub for entrepreneurs but identifying the right ones has proven to be tricky.

“I’m looking for an investor that is passionate about making a difference and investing in people through the platform we are building. I am looking for someone with a long-term vision, who is honest about their goals and intentions when investing.”