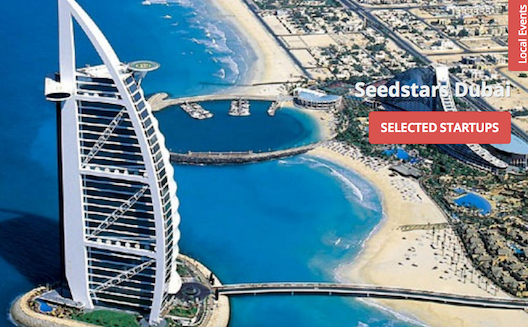 In 2005, Mohamed Elwazer witnessed a disturbing scene while waiting for a train at a metro station in Egypt. A security officer was behaving brusquely with a young boy who appeared to be deaf-mute. As Elwazer watched the hapless boy struggle to communicate with the officer, who continued to rebuke him despite his obvious inability to speak, Elwazer wished there was a way the boy could communicate in a way that the officer could understand.

This episode stuck with Elwazer long after he secured his engineering degree at university. Together with likeminded fellow student and friend Eman Hassan, the duo set to work understanding the nuances of sign language and natural user interfaces to eventually launch KinTrans: a revolutionary real-time communication system for the hearing impaired that translates sign language into voice and text. 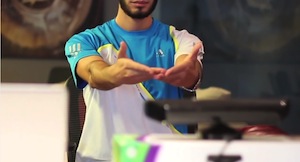 It was KinTrans that emerged as the Grand Prize winner at the Dubai regional round of the 2014 Seedstars World Startup Competition earlier this month. CrowdAnalyzer, a social media monitoring tool for brand communications and development, co-founded by Ahmed Saad and I.T. Flakes, a clinical operations and social app for dental professionals co-founded by Mohamad Hijazi, secured second and third place respectively.

The event featured 14 startups battle it out before a jury comprising of Mohamed Hamdy, managing director at Turn8 accelerator, Nellie Horn, Seedstars World 2014 Scout, Sameer Sortur, Director of Revenue Growth at i360accelerator, and Tarek Amin, Group Head of Digital at Adline Media Network. The competition was held at The Cribb, a meeting and work-space for entrepreneurs and innovators in partnership with i360 accelerator, a seed fund and development program for early stage startups.

Seedstars World is a global startup challenge and arguably the only worldwide exclusive competition of its kind, purely focused on emerging economies and high-growth startup scenes. Based in Geneva, and co-founded by Alisée de Tonnac and Pierre-Alain Masson, the competition was launched in October 2012 under the auspices of Swiss-based global venture builder Seedstars SA.

Selected high-quality startups are invited to compete in regional rounds in an array of cities across regions such as South Asia, Southeast Asia, Africa, and Latin America. Regional winners represent their countries during the worldwide finale in Geneva in front of a worldwide jury and receive plum opportunities to gain international media coverage and connect with potential investors, partners, and customers to catalyze their businesses. The winning startup receives $500,000 USD in equity investment and the title of ‘Seedstars World Best Startup’.

This year the competition almost doubled its outreach to include nearly 40 cities worldwide, with its Middle East excursion boasting new regional rounds in Amman, Casablanca, and most notably, Tehran. “We are committed to harnessing and encouraging the entrepreneurial potential in the Middle East,” vouched Seedstars World CEO and co-founder Alisée de Tonnac. “In fact, we are exploring the possibility of adding rounds in Palestine, Armenia, and Algeria as well. As we continue to scale the competition, our aim is to make inroads into every possible emerging market. For example, Eastern Europe is on our radar and we hope to do more work there.”

Julien Berthomier, Scout for Seedstars World 2014 added: “We see Seedstars World evolving to become a global magnet for the most promising new startups, providing a platform for building intellectual and commercial bridges between disparate entrepreneurial scenes.” Together with fellow scout Nellie Horn, Berthomier has been hopscotching around the world in the hunt for stellar startups from still-developing entrepreneurial environments.

A startup must meet three main criteria in order to be considered for the regional round, so as to ensure the project’s startup status.

According to de Tonnac and Berthomier, the entrepreneurial eco-system in the MENA region, while still in its nascent stages, shows tremendous promise. “We received a lot of applications for the Dubai round even from outside the UAE, such as Egypt, Jordan, and Palestine which proves that Dubai has what it takes to become an attractive startup hub for the Arab world,” says Berthomier.

“However, if you look at Dubai, or even other major cities in the MENA region, the startup scene still lags behind cities such as Moscow, Singapore, or Santiago,” explains de Tonnac. “What we’ve witnessed elsewhere is that broad and consistent governmental involvement is critical in advancing the entrepreneurial ecosystem and enabling maturation of the necessary financial structures and regulations conducive to venture capitalists.”

Evidently, Seedstars World provides a much-needed vantage point for budding startups to catapult themselves to the big leagues. Mohamed Elwazer of the winning KinTrans team shares: “Winning this competition will put us on the path to taking KinTrans to the world. We toiled on this software for many days and nights, for years at a stretch. Initial funding from Turn8 was a stepping stone to our success at the Dubai round. My team and I are looking forward to what the future will bring.”

While the KinTrans team prepares for the grand finale in Geneva in February 2015, their other activities in the pipeline including participating in the MIT Enterprise Forum Arab Startup Competition later this month and simultaneously developing the first global digital sign language library in order to enable not only the refinement of sign language but also the institution of a unified sign language.

All regional winners are invited to Geneva where they will participate in a three-day bootcamp, a semi-final and the final event. At the bootcamp, finalists will have mentors from across Europe work with them in perfecting their pitch, re-assessing their business model, and preparing for investor meetings. “The value-add of our competition is three-fold,” explains de Tonnac. “Finalists gain exposure to an international network of high quality entrepreneurs, investors and accelerators, significant media coverage from prime European outlets, and the possibility of landing the grand prize of half a million U.S. dollars.” After the finale, the Seedstars World team continues to facilitate synergies and partnerships for the finalists within their network and with the Seedstars venture builder. For example, Seedstars launched a venture in Morocco called Libassy, an e-commerce portal offering apparel for Muslims, says de Tonnac.

For other finalists, the competition represents an alternative venue for funding, says Mohamad Hijazi, Managing Director of IT Flakes, the third runner up in the Dubai round. “Seedstars World is one among several funding avenues I’m pursuing at the moment,” he explains. Having successfully trained over 100 dentists in the I.T. Flakes dental app, Hijazi plans to launch the first paperless dental clinic in Abu Dhabi in 2015, where all data inputs and touchpoints involve only iPads. I.T. Flakes is poised to make inroads into the North American market, a prospect that excites this entrepreneur. He says: “In my view, staking a spot in a difficult market like the U.S. is the real hallmark of a solid business idea and I’m steadfastly working towards that goal.”

To find out more about Seedstars World, please click here.