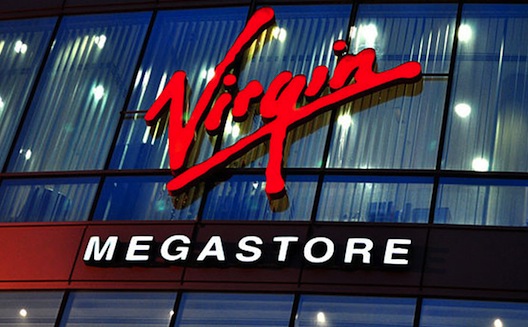 This article has been reposted from Knowledge@Wharton.

Sir Richard Branson founded Virgin Megastores in 1971. Forty years later, after a long and successful run, they have closed down one by one in the West. In the Middle East, however, the stores have been playing the right music since Nisreen Shocair took over as president in 2006.

Shocair has a Syrian background, but grew up in Lagos, Nigeria, where her father ran a pharmaceutical company. Her multicultural taste in entertainment began when her brothers visiting from boarding school in England would bring back copies of British music magazines and vinyl records. She made music her career and worked at Viacom, Sony, and Bertelsmann before doing her MBA. She later became the head of marketing for the Hearst Corporation. Recently named one of the 100 Most Powerful Arab Women and mother to an 11-year-old daughter and 14 month-old twin boys, Shocair spoke to Knowledge@Wharton on what it took to lead the transformation of Virgin MENA from a record store to a full entertainment experience.

An edited transcript of the conversation follows. 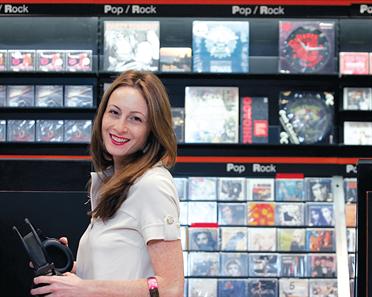 Knowledge@Wharton: There has been a shift in the buying pattern in your stores; Arabic artists are selling better than Western performers. What influenced this trend?

Nisreen Shocair: The shift happened six or seven years ago when the GCC began to focus on Arab culture. If you look at the Levant, say Syria, Jordan, and Lebanon, there’s more of a tendency to be westernized. The Lebanese are inclined to be French, the Syrians as well Jordanians are very British or American — it’s the colonization effect to some extent.

The GCC has taken a very different approach. They have the money and a sense of pride in their language and culture and have worked to preserve it. Al Jazeera’s children’s channel is taking popular shows and Arabizing them, as well as creating their own animation and live action shows for kids. There have been other successful children’s channels. So, all of a sudden, it has become cool to be Arab. Even in the Levant, that sense of pride has replaced the colonization effect.

If you looked at our business in the early 2000s, it was all about Western books and English-based music and movies. Then members of the younger generation, who have become powerful consumers, said, “No. I’d rather listen to my own music.” At weddings, all you hear now are Arabic pop songs. It’s like in India, where Indian music and movies are far more popular than Western.

Knowledge@Wharton: You work with Flash Entertainment in selling tickets for shows in Yas Island (a man-made island in Abu Dhabi that is a major tourist destination). Has Yas been a good thing for Abu Dhabi?

NS: Flash’s task is to promote Yas Island as a destination people should visit and not just during the Formula One. [Yas Marina is the second Formula One track in the Middle East.] They created a concert series and initially brought in the big guns. Now we are doing bands like Incubus. Incubus is not famous in the Middle East. But now it is no longer about bringing in a crowd of 40,000 to 50,000 people. Incubus and Janet Jackson get crowds of 3,000 to 5,000. I don’t know if they break even, but a part of this is marketing, and keeping the name out there. They’ve done a great thing for Abu Dhabi.

Knowledge@Wharton: Why is it that record stores in the US and the UK are shutting down and haven’t been able to embrace the same changes that you have made here?

NS: It’s because they’re record stores. I’ve been in the music industry since 1993. At Virgin and Tower, they were the same people that came out of the industry that I came from. They worked in record labels when there was a function called A&R (Artists & Repertoire). A&R is when you go to small clubs, find unknown acts and make them into the hottest thing. That doesn’t exist any more.

Times have changed, but Virgin and Tower Records of the UK and the US didn’t. Eighty percent of the stores were still dedicated to physical CDs when Napster had launched and had 60 million users. I worked on the Napster deal for BMG and was a big believer in digital. I knew the youth were not going to buy physical formats of any kind. [In MENA], we started shrinking and repositioning so the stores are not record stores; they are entertainment department stores.

Knowledge@Wharton: There’s been talk of how you should reopen Virgin Megastores in the US. Do you think it could really happen?

NS: I think it would be great to reopen the Times Square location. Virgin could have been there instead of [young women’s clothing retailer] Forever 21 that took over that location. Five or six of the suppliers we work with have said we should re-launch Virgin in the US and do it our way.

We debated this for a long time. I then decided we’ve done really well in this region. If I had to go anywhere, it would be to growing countries. I don’t want to be in a stale retail environment. I’m very interested in Asia. Malaysia has a lot of brands from the Middle East that have gone there and done well. Countries like Singapore and Hong Kong have very young consumers. Korea has a large population. We’re also looking at Turkey and Central Asia.

We can learn from the US as far as customer service is concerned. Retailing in the US is still, in my opinion, the best from a customer-service perspective. But it’s all about public companies trying to open 500 to 1,000 doors, increasing their top and bottom lines. You miss something in the process. Starbucks in the Middle East still looks like the Starbucks when it first started in the US. You feel excited walking in, you can stay and sit. In the US, they’re getting old. The lines are insane. The stores don’t look very clean and it’s a different experience.

Knowledge@Wharton: What were some of the major changes you made after you took over as president?

NS: When I came in, the first year I arrived, we threw away over a million dollars of music and video products. We took out of our stores anything that wasn’t selling and we felt was outdated. We diversified the business. I knew that merchandise and licensing were important. If we were going to stay in the entertainment business, it was a good positioning for the business and the brand to be in these categories as well.

Knowledge@Wharton: Virgin MENA is known for its unique selection. What is your product team like?

NS: We have them focused; what’s important is that you have a person who just does multimedia accessories, another who does only Apple products. It’s the same for apparel, the novelties, and so on. They have their individual shows that they go to and we go to the Nuremberg Toy Fair, the Berlin shows, Cannes, Javits (New York), Magic in Vegas… Then there’s Asia. We see trends across various continents and don’t just have a US-centric approach. It’s not just the exhibitions; anything we find interesting, we contact the suppliers and bring them in.

Knowledge@Wharton: Many women may think it’s not possible to be a mother and wife while running a company; what has your experience been?

NS: It’s very personal. I married a man who came from a house where his mother didn’t work but he is very supportive and that helps a lot. He has his own company so that allows more flexibility. We have a schedule and we stick to it. It helps that I love what I do and that I’m in retail, which means I can keep an eye on things even during weekends. We can be at the mall and I’ll do a store visit for half an hour while he is doing something else. I work seven days a week and, because he has his own company, he works seven days a week too.

It balances out. My daughter is 11 and she is a great help. When I can’t do store visits, I sometimes send her. For her it’s very personal. Whenever we launch something new, she takes 100 catalogs to school and gives them to her friends. All her friends become ambassadors for the brand as well and they come back and talk about their experiences. They tell me about the new things they liked and didn’t like. So it creates a support group in a way.

Knowledge@Wharton: What do you see as your major responsibilities in managing a big brand and its presence in stores across the MENA region?

NS: I have a responsibility in my position to foster new talent because there is no one else who is going to do it. In addition to my job, I spend time with my suppliers. Some don’t manage as well as they need to but I rely on them. So I teach them cash management and how to manage their inventory levels. Our livelihoods are linked and I want to make sure they can succeed. There is a huge responsibility that comes with the job and it’s not just about managing my 650 employees. I consider myself their mentor on the personal and professional side — teaching them, creating opportunities so they can grow, making sure they travel and see the world and get many different orientations. I work quite a bit with smaller companies. Many rely entirely on Virgin; if we go out of business or stop buying their products, they’re doomed. So we have to make sure that we continue to grow so they can continue to grow and that’s not an easy responsibility.