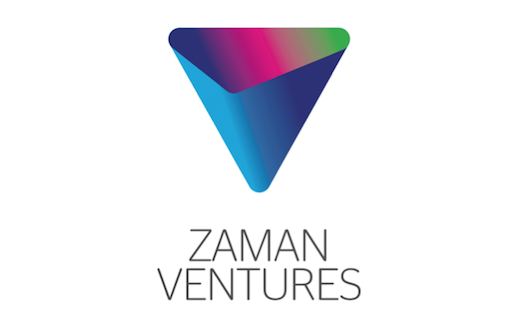 Zaman, who studied Business Management at the American University in Dubai — saying it was the closest thing to entrepreneurship at the time he was in school — always had an appetite for business and risk-taking, something he felt Dubai nurtured.

“For the first time in the region’s history it felt like there was a place that actually wanted people to come up with new ideas,” he says, crediting the vision of Dubai’s ruler, HH Sheikh Mohammed bin Rashid Al Maktoum.

Zaman was 23 years old when he launched his first business idea, buying and selling media space on the back of airplane table trays. He raised around 1,700,000 AED (around $463,000 USD) in two different rounds from his friends and networks in Bahrain and the UAE.

“My market research identified this as a spot people stare at for at least 45 minutes over the course of an average journey. I realized that it had a lot of potential and even struck a $900,000 USD deal with a low-cost carrier in 2007 to buy the space!”

“Purchase orders were pouring in and all the ad agencies loved it! Four months later I had a pipeline of 11 Million AED (almost $3 million), and even got an offer from a company to buy me out for around $2 Million — but I didn't sell because I thought my company was worth much more at the time,” he adds.

The timing, however, was ill synced with the onset of the 2007 financial crisis and Zaman’s project fell through. Looking back, Zaman wishes he had a mentor to advise him on exiting from companies.

“The deal was complicated — based partially on sales and royalty fees, plus a share swap option,” he adds. “I made a decision based on potential success and future income. Looking back $2 million was a more than generous offer. I should have taken that deal and run with it!”

“This taught me that you must have a passion for what you do but that you shouldn't get too attached to a business — and you should plan your exit strategy before even starting it.”

Yet despite his successful track record, Zaman struggled with accessing funding.

When he moved back to Bahrain he raised $300,000, from friends and family, and from selling a small business that provided touch-screen gaming machines in coffee shops, to fund Digital Cube Technologies.

A large investment or loan from a bank proved harder to come by. “Banks here consider entrepreneurs high risk so they tend to have very tough requirements, and the absence of true venture capital makes it nearly impossible to get millions in funding, particularly in a first round,” he explains.

The other challenge Zaman has faced is the acceptance of homegrown innovation. “On the client side, consumers are not used to using software or any other products made in this part of the world. We are used to importing products — in my case, software — from the West. We rarely trust locally made products, even though our talent is capable of developing high quality products that can compete on an international level.”

“For instance, when I first started Digital Cube, everybody loved it and admitted that they'd never seen a platform that can provide all these services and co-relate all the information. However, no one wanted to be the first to take a risk and try it in a live environment, even though there were no alternatives in the market.”

What’s next for Zaman Ventures? The firm is currently seed-funding three new ventures working to revolutionize advertising, how people wait in queues, and sports. They are looking for technology partners in these three fields, and are always on the lookout for talented developers to join their team, Zaman tells me.