It’s that time of year again: Ramadan. During this period, many online startups look back to their last year’s analytics to try to make the best out of the surge in internet usage that happens around this time.

Last Ramadan, there was a 30% increase on Facebook and a 33% increase on Twitter users engaging with regional brands, as we reported then. This means more users will be online and hungry to engage.

This year, TOP goes more in depth to explore exactly what these audiences are discussing online during the Holy month. In the study tackling trends during Ramadan, the authors justify their emphasis on Twitter as follows: “We decided to use Twitter as the main focal point for our study since it’s the most public platform and we can tune into user conversations and pick up on those trends liberally.”

The findings of the report were gathered based on hundreds of thousands of tweets analyzed by TOP from 11 countries in the Middle East. The categories of the report include: a language breakdown of tweets, their main themes, hashtags used, peak times of usage, and finally, their content and volume.

Additionally, international hosting company Rackspace recently released a similar infographic, on Social Media Usage During Ramadan (see below). Based on multiple studies and reports, the infographic highlights the changes in “users infrastructure” and aims to help companies get ready for these changes during the Holy month. 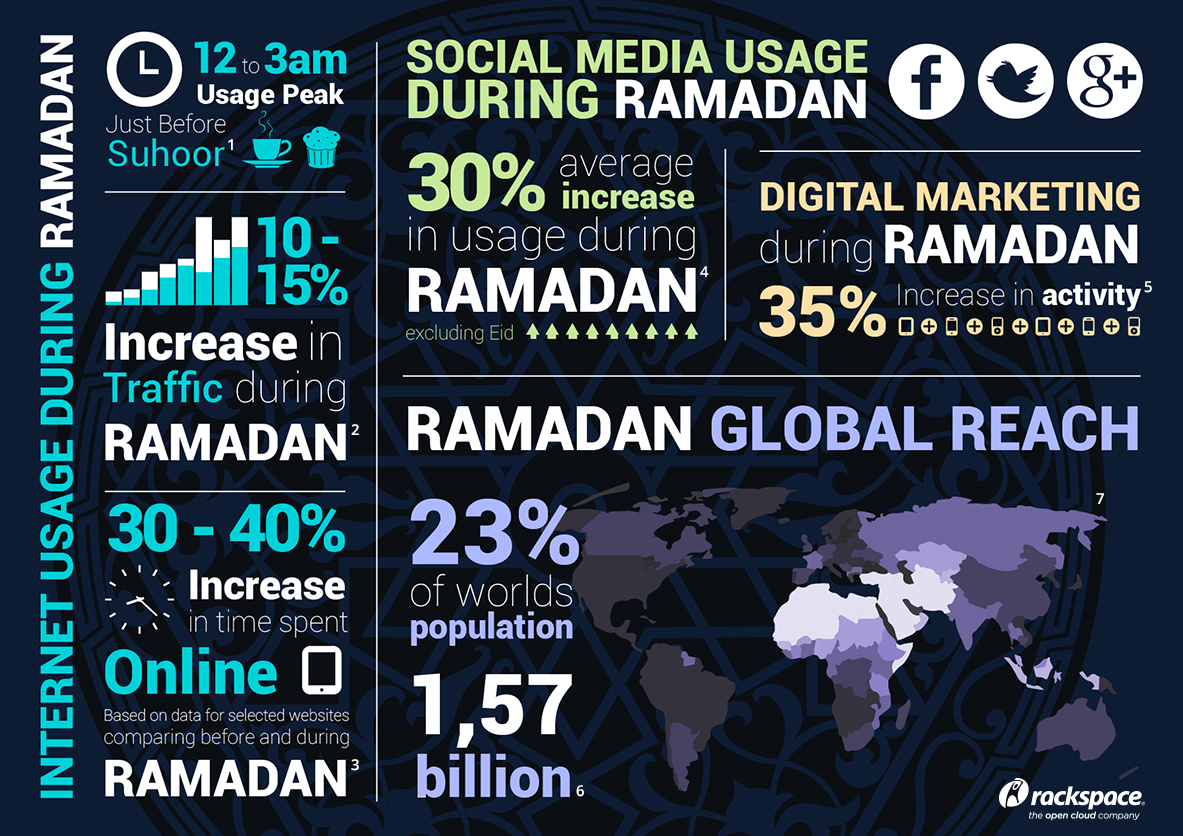 Based on the main takeaways from the TOP and Rackspace studies, we gathered four pieces of advice for brands looking to increase social media engagement with their audiences during Ramadan: