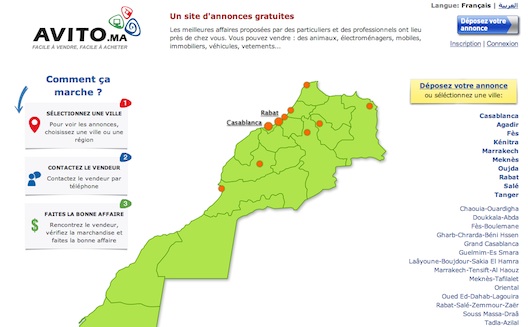 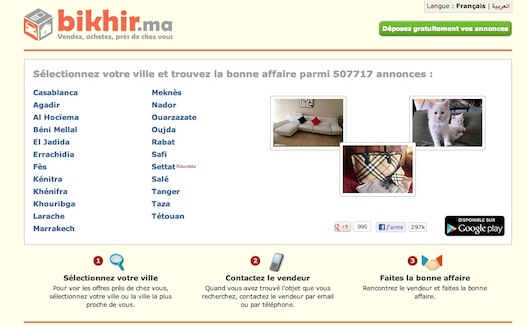 Five months ago, the news that the two leaders of the classified market in Morocco, Avito.ma and Bikhir.ma, were merging made a lot of noise, and raised a lot of questions. On Wednesday evening, we finally got some answers.

The result of this joint venture will be called Avito.ma, but will be led by the current manager of Bikhir.ma, Larbi Alaoui Belrhiti, and will be owned at 51% by the Norwegian group Schibsted that owns Bikhir.ma. The remaining 49% will stay in the hands of Russian group Avito. The new company will be working from Bikhir.ma's brand new offices. 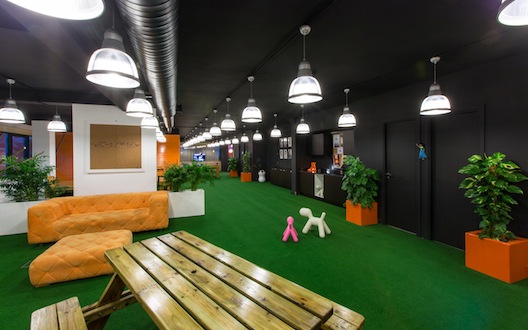 A new portal, with its own visual identity, will be launched in the fall, leading Bikhir.ma’s website to disappear. The new logo has incorporated elements of both logos, making it a clear statement of how dedicated the new platform is to keeping the best of both websites.

In spite of some duplicate positions remaining, the two companies say that there will be no layoffs, and that they expect to hire 50 new team members by the end of 2015. That made us wonder: what are the old employees with redundant positions going to do? And what are those 50 new employees for? Can we expect them to continue their aggressive online and offline communication? 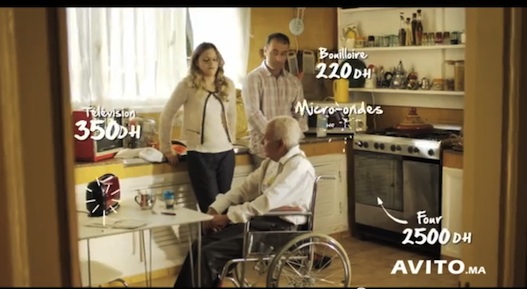 Screenshot of one of Avito’s TV commercial

A first in Morocco, but questions remain

It’s the first time that Morocco is involved with such a big announcement in the web industry. It’s both major news that will impact the classifieds market, and a juicy story for those who pay close attention to the industry. “Both leaders are each backed by a capital-rich holding company that has been gunning to control the market,” recalls Wamda’s Community Manager Stéphanie Nour Princé in her piece on the merger last February.

The launch of this joint venture will finally give us some clues on a question in all of our minds: is this merger good for the Moroccan web and for local consumers?

“The combination of Avito.ma's focus on mobile and Bikhir's plethora of partners- along with the two sites' combined traffic- could make for a powerful market leader. Yet, if the sector approaches being a de facto monopoly, it could reduce the amount of choice available to customers,” said Stéphanie. Even though the platforms look pretty similar, each service has its own strength, as we mentioned in our in-depth profile on the classifieds players in Morocco, back in April 2013.

Another big question is what will happen to MarocAnnonces, the classifieds pioneer in Morocco, launched in 2000 by Casablanca-based Tajdine Filali?

The market is certainly going to evolve a lot in the coming months. For now, use the comments section to share your predictions and, in a few months, we’ll revisit Avito.ma to see how the merger has affected the market.