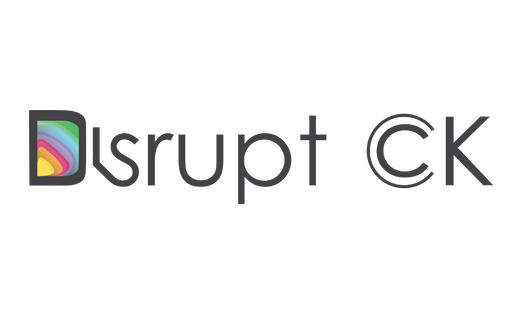 Like Saphon Energy, Disrupt CK could well be the success story Tunisia has been waiting for. Like Saphon, a wind energy research and development venture, Disrupt CK – a temporary name – is a high-tech product developed in Tunisia for the international market. Like Saphon, it has the potential to disrupt its market; in the case of Disrupt CK, that’s the audio-visual content consumption sector. And, like Saphon, it’s making a lot of noise, even though the product is not to be launched anytime soon.

We met with Disrupt CK’s cofounder Zied Jallouli, to understand what the fuss is all about.

Buy what you see on TV

Disrupt CK is an app that enables you to discover and buy items you see in a movie or on TV. All you need to do is take a picture of your screen via the app to get information about the items displayed on the screen. Tags will automatically appear for each item on the screen and will redirect you to an online store.

To make this possible, Disrupt CK is negotiating partnerships with American content creators to get a list of the items used during shooting.

Since Disrupt CK will redistribute part of its affiliation revenue to the content creators, it seems like a win-win for both the content creators and the app. The novelty is that even pirated content could generate revenue, and it could open new horizons for product placement.

At the beginning, Disrupt CK will only work with certain series and pre-recorded TV shows, but as soon as the model is proven, the service could extend to live shows and films.

The app will be launched in a few months, but in the meantime, a lot is happening.

To find cofounders, you’ve got to meet a lot of people

In December 2012, when Jallouli decided to develop Disrupt CK, he had the necessary knowledge of the audio-visual industry, and of marketing, but was still missing cofounders and engineers. “It has been complicated to find cofounders,” he admits. “It takes time to find the right people.”

He started going to Startup Weekends and other tech events to meet people. After a few months, someone he met at an event introduced him to Ewald Bos, a Dutch engineer / entrepreneur based in Tunisia. Bos joined the project as a co-founder, followed quickly after by a Swede, Thomas Adner, who formerly worked for Tetra Pak Maghreb.

“When we launched, there wasn’t much [in terms of competition],” explains the co-founder. “Since then synchronization technologies have gone mainstream; there have been attempts at the global but none has really made it.” Instead of letting that new international competition kill his confidence, he saw it as a market confirmation, which has only increased his confidence. “We think we have the good business model and, most importantly, the good tech to scale this service.”

The most obvious market is the US

The Tunisian startup has decided to tackle the American market first. It’s an obvious choice, he explains, because Americans are both the first in the world in video exports and huge consumers of American film and TV shows.

Launching in the US is rarely an easy task, but it’s far from impossible, explains Jallouli: “It’s not the [Tunisian] nationality that’s being a problem, it’s that the investors would rather invest in a company based in their country because they know the legislation, the political and legal risks, and the procedures.” That’s why he believes that one has to move in the country before looking for investors.

To do so, the team joined the PITME accelerator, a Silicon-Valley based accelerator for MENA startups looking to expand to the US (see our article on international accelerators accepting startups from the Arab world).

“This was a good immersion that helped us understand how things work out there,” he says. “We met many interesting people that challenged and advised us, and opened doors.”

The startup is currently in discussion with American producers and Tunisian and American investors.

Knock on every door

PITME wasn’t the first accelerator Disrupt CK attended. The team hasn’t been afraid to go meet every organization and person that could help in Tunisia. They benefited from the support of Microsoft Innovation Center (MIC), Wikistartup, Réseau Entreprendre, and Startup Factory (for more info on the organizations supporting entrepreneurship in the country, read our article here).

Even though he believes there’s a lot more to be done in terms of incubation and fostering a startup culture, he admits these programs are already a good start. Thanks to Réseau Entreprendre, Disrupt CK got a $20,000 USD loan; they’ve also received training, mentoring, and sponsorship to go the US with the help of Startup Factory and the MIC.

When asked whether this wasn’t too many programs, he says “I don’t think there can ever be too much. We’re always discovering things; if you stop being curious or learning, this is the end.”