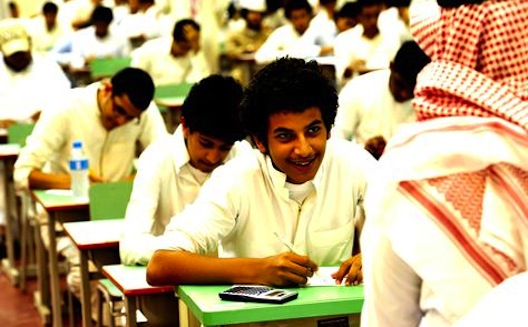 This article has been crossposted with Knowledge@Wharton.

Education today clearly ranks as a top priority for Saudi Arabia. The annual budget for higher education is now more than $15 billion USD, the government has invested money to fully fund Saudi students who wish to study abroad, and during the past seven years, the number of universities in the country has tripled from 15 to 45.

Early childhood education has also received government support and mainstream attention in recent years, due in part to two Saudi visionaries. They may be a generation apart, but Ilham Al-Dakheel and Samia Kazi have been a powerful force in helping to gain recognition of the importance of early education.

The story began for Al-Dakheel in the early 1990s when she launched classes for preschool students. Born and raised in Saudi Arabia, Al-Dakheel received her PhD in business administration from Ohio State University, then returned home and began a career in human resources. After working closely with talented top female executives in Saudi Arabia, Al-Dakheel was inspired by one of them to change direction and enter the field of education.

As she conducted research on the benefits of early childhood education’s impact on salaries, discipline, and college performance, the Ministry of Education began to pay attention to her work. Realizing that governments can often move slowly, she credits her business background for helping her raise money from investors. Today, she is CEO of Ambassadors Schools, which offers a Montessori education model across the Kingdom.

A leader in this new generation of young mothers is Samia Kazi, who co-founded the organization Arabian Child. In two years, the organization has trained more than 500 preschool teachers, law enforcement officers, parents, and volunteers in the United Arab Emirates. Kazi initially followed in her father’s footsteps by working for a hospital in Riyadh. But during her five years there, her entrepreneurial nature began to emerge. She eventually left the hospital and moved to London with her husband who was beginning graduate school.

After the birth of her first child, Kazi became interested in early childhood development and started to keep journals on her baby’s behavioral patterns. When she took her daughter to a London nursery, she says she was struck by how different it was from ones that she had seen in Saudi Arabia. “The minute my daughter walked into her class, the staff was excited to see her, got down to her eye level, greeted her by name, and gave her a hug. In Saudi Arabia as a child, I remember being told to come in, sit down, and be quiet,” says Kazi. The experience motivated her to learn more about early childhood education and eventually pursue a graduate degree in education.

The Ministry of Education now offers financing to quality preschools, says Al-Dakheel, adding that her research shows that of the 2.5 million children who are preschool age, only 130,000 have enrolled. Ambassadors Schools plans to continue to expand in Saudi Arabia, but also open across the region.

Al-Dakheel notes that today’s new generation of parents has shifted away from the strong nanny culture that existed in the past. “Nowadays, I see a switch in mentality where young couples don’t want to leave their child with a nanny. It’s almost like a maturity stage we’re going through. I really believe the skills we have as adults come from preschool or whoever is taking care of us at that age,” she says.

Kazi began to spread awareness about the importance of early childhood education to other parents. “Scientists, psychologists and neurologists have all found that in the early years, every experience, good or bad… will shape the future of that child,” she says. Economically speaking, Kazi adds, investing in early childhood results in “increased high school graduation rates, higher income, higher rates of volunteerism, and decreased violence and rehabilitation costs.” These realizations led to her decision to create Arabian Child, with the first branch headquartered in Dubai.

She says she brought international best practices for the education and care of young children to the region, beginning with her efforts to develop relationships with several ministries and policy makers. Kazi also created a range of tangible products that professionals from different sectors who deal with young children are able to experience. One of these is an initiative for teachers that provides 120 hours of intensive training and awards the participant an international license — the Child Development Associate (CDA) credentialing program, launched in the Middle East for the first time. The second product was the “Let’s play” parenting skills development box, which has activity cards, toys, and resources for parents to enhance their skills with their young children.

Building the company was difficult, Kazi says, because it focused on a sector that is underdeveloped, largely unregulated, and underpaid. Despite these challenges, Arabian Child has become the first licensed training center for early childhood teachers and participated in developing the national standards for childcare centers in the United Arab Emirates. Arabian Child was also part of the Global Leaders for Young Children program that supports and trains other child advocates from Finland, the UAE, Kuwait, and Saudi Arabia.

“There is often a stigma against those working in early childhood education,” says Kazi, who spoke at a TEDxDubai event on subject. For example, on the first day of training, one of the teachers described, in a low voice, her profession as being a babysitter or nursery teacher. By the end of the training, Kazi says, “you can really see that they hold their head up high and proudly say they are early childhood educators because now they understand the impact of their work.”

Kazi recalls some of the difficulties she faced in the beginning, such as operating with staff at home, selling personal assets to make payments, borrowing funds, trying to make sure she had time for her studies, developing Arabian Child, and being a mother and a wife.

Much of her work now, she says, is devoted to continually raising awareness by meeting with policy makers, investors, and journalists, and advocating for early childhood care and education. Kazi offers some advice: Always do your homework and plan effectively before meetings. “Just because you are thinking about a topic day and night, and it is so important to you, doesn’t mean that it is important to [those in positions of] authority…. Focus on your goal of achieving quality for young children, but be flexible with the approach, allow [others] to argue with you and be respectful of them. Then you will see change.”