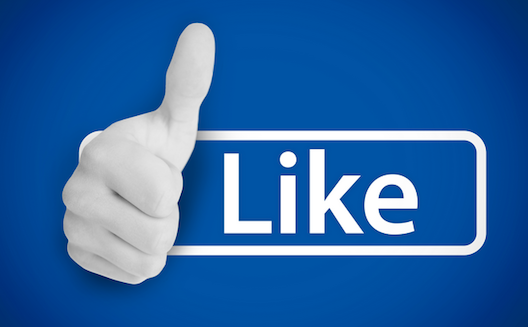 Yesterday, we published the first of a two-part series on how – and why – small businesses are struggling for traction on Facebook. Here, in the second part of the series, are 9 tips for small businesses on how to maximize the potential of Facebook even as its users change their habits.

Capitalize on what Facebook is good at – ease of interaction, contests, and fast sharing – and then bake it into your overall strategy instead of leaving it to wither on its own. Your fans are your fans, whether they find your content on Facebook initially or are sent there by some other promo.

As you do this, you’ll help to boost your engagement numbers across time, ensuring more of your content will be seen organically on Facebook without the constant outside push.

Of course, there’s no need to force it. If Facebook refuses to become a heavily performing channel for you, you can also reverse this and use Facebook to promote your content on other platforms as well. A customer is a customer, and as long as they’re plugged in somewhere, you’re still ahead of the game.

2. Referrals are your friend

If you want people to interact, incentivize them! Give them a reason to share your content beyond mere interest. Fans are inundated with marketing at every point of their day, but when a brand they already like puts forth an opportunity for them to get something in return for their admiration, it’s a win-win.

Consider setting up a referral program, whether it’s for free product, a discount, or some other incentive like recognition (which we’ll get to in a bit).

You might also consider building a digital Street Team of sorts, by contacting your most loyal fans (those on your e-mail list or who engage with you most frequently) and discussing with them on a 1-to-1 basis a plan to reward them for tuning in to your content and sharing it frequently with others. It’s a bit more “in the trenches” and it’s definitely more hands-on, but a small base of constant loyal engagement is a great starting point for building up exposure over time.

Facebook-only discounts and deals are one way to get people tuned into your content and checking your brand page. When tied into the cross-promotion I mentioned earlier, this can be truly powerful. Consider exclusive deals and incentives for your Facebook fans – and then make them recurring, giving people a reason to check back frequently and interact more often than they would for a one-off contest or promotion.

For example, e-commerce stores could have a weekly Facebook deal where they select a handful of new items every week to offer a small discount for with a coupon code provided on Facebook. Fans will tune in to see what is on sale, knowing the only source for this info is Facebook.

The point is, give people a reason to check out your page and your content that they can’t get on any other platform, and then promote that exclusivity on an ongoing basis through whatever channels are at your disposal.

For example – could you feature a customer or fan of the month (tying back in to cross-promotion, exclusivity, and incentives)? Could you start conversations and solicit feedback on your Facebook page in order to get people talking? Could you share the stories of your customers, incentivizing them to share your content in hopes of being covered themselves (‘recognition’, as I mentioned before)?

Not every business will have a rabid community of fans, but there is almost always some community element to be capitalized on, whether you’re selling tractors or prom dresses.

Because future exposure depends on current levels of engagement, publishing a TON of content in hopes of shotgun blasting your way to the top of the feed is unquestionably the wrong approach. Instead, limit your posts to one to three per day, and always space them out by a minimum of three hours in order to allow proper time for exposure and engagement. By publishing less (but ideally better) content, you can avoid watering down your metrics and fooling the Edge Rank algorithm into thinking you’re uninteresting to your audience.

Studies show that the best times to post are between 8 – 10 AM, 12 – 2 PM, and 5 – 7 PM, all time slots that neatly correlate with early morning routines, lunch breaks, and after-work commutes.

You’ll also want to consider posting your very best content on Thursdays or Fridays, when engagement has been shown to be up to 18% higher (weekends score an average of 32% higher engagement levels).

Of course, there’s no need to trust that data blindly. Pore over your Insights data to see when the highest levels of engagement have been for your brand historically – especially if you’re addressing an international audience.

What you share is important, but how you share it matters almost as much. If you want to reach the most people possible, you’ve got to structure your posts in a way that will get the highest possible engagement.

We know from multiple studies that posts with multimedia outperform purely text posts. For example, posts with photos receive 39% higher interaction on average, while posts with emoticons see comments increase by 33%. Another study showed that photo albums, photos, and videos got 180%, 120%, and 100% more interaction respectively. While the numbers may not always agree across studies, the correlation is always tremendously positive for visualized content. Consider adding an image to every post you make in order to draw the eye and spark interest – just make sure that photo is related. For example, if you’re linking to a blog post or article, an image bearing a notable quote from the piece might spark readership and clicks.

Short and sweet is also better than longwinded; posts with fewer than 80 characters see 23% more interaction than those with 250 or more. Another study showed that posts between 100 and 250 characters got over 60% more likes, comments, and shares than those with over 250.

A word of caution: studies have also showed that asking questions fosters 100% more comments than other posts, but take this with a grain of salt. Just pushing out an irrelevant question to your community may not be the best way to seek engagement; other formats, like relevant articles, contests and exclusive offers may foster more long-term engagement than asking people how their day is going. If you do ask a question, make it a genuine one and, if possible, tie it back into your brand, products, or values somehow.

It should be obvious at this point that any interaction you DO get should be treated like a golden goose; an opportunity to spark even more interaction and foster more loyalty from your followers. Be sure to set up your email notifications so that you know whenever someone has offered a response to your content – 25% of complainers (and commenters alike) expect to be replied to within just one hour.

But more than that, this is just plain smart social practice. After all, ‘social’ implies a conversation, not a monologue. Encourage engagement by showing that you’re taking feedback seriously and that you’re delighted to talk to each and every person who bothers to spend their time talking to you, whether what they have to say is positive or negative.

If you want engagement, ASK for it! Invite people to comment, like, share, and promote – and even appeal to emotion to get them to do so (e.g. “We’d be thrilled if you would __________”). You don’t get what you don’t ask for, and as long as you’re not too pushy or insincere, your fans won’t balk at a request to share your content – so long as that content is something they’re interested in to begin with.

As a final point, don’t ever forget why your audience liked you in the first place. The more you understand the customer, the better you can create content that caters to what they want to consume. If your content is seeing little to no engagement, perhaps you’re simply creating the wrong things.

The future of the relationship between Facebook and brands is still murky. We’re unlikely to return to the days of extremely high engagement that once came so freely – but even so, there’s no need to throw in the towel.

Continue to adapt, strive to engage, and get creative with your thinking. Promote intelligently, target deliberately, and create carefully. Don’t inundate, but DO interact.

Although Edge Rank has swung the pendulum in a big way, brands that are committed to owning a personality and serving their audience will always find their way.