Prayer time five times a day is nothing new in the Middle East, but technology development in the region is allowing people to engage with it in different ways. One challenge surrounding these moment of solitude and contemplation in the Kingdom of Saudi Arabia specifically is that all the shops are required, by law, to close. So, for the duration of prayer, which can last up to 40 minutes, no transactions can be performed.

Anyone who has spent any time in KSA has probably come up with their own way of dealing with this, making shopping plans around the prayer times of that particular day. This can be a tedious and tricky task, as no one day has the same prayer time; they change by a minute from one day to the next.

Enter Ahmed Alawaji. The young Riyadh-based software consultant has just launched Ymdi, an app that helps users find out how much time they have to make it to a shop or cafe before the doors close for prayer based on their current location. The founder tells Wamda that he always knew he wanted to create something that would help people with the prayer times but that he wasn’t sure how. “This is a big frustration in Saudi,” says Alawaji. “We thought this would help people better manage their time.” 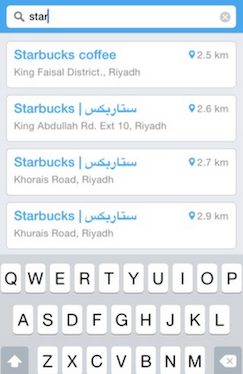 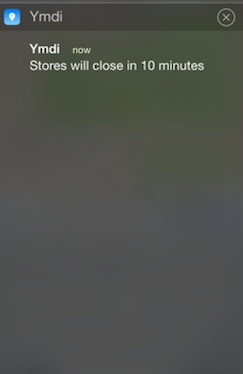 Launched officially last week, Ymdi, which can be translated as ‘there’s enough time’, takes the user’s location and provides them with a list of all nearby locations, which is sourced from Foursquare’s database. One can also type where they want to go into a search box. Once the user chooses their destination, the app, using Google’s API, then lets them know whether they can make it before prayer time. 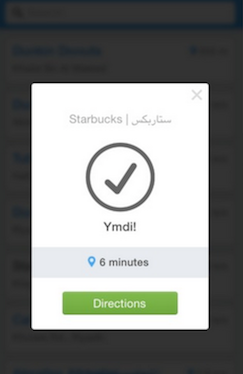 The response so far has been enthusiastic. The over 6,000 users who downloaded and began using the app (currently only available on iOS) in the first few days caused their server to crash, overwhelming Alawaji and cofounder Sultan Alharbi. “We had been expecting 500 to 1,000 queries,” says Alawaji, “but it has been almost triple that. Not what we expected at all.”

Normally apps with an Islamic bent are aimed at Muslims wishing to practice their faith, whether it’s knowing which direction to face when praying (Islamic Compass), knowing the correct foods to eat (Just Halal), or just keeping up with the Quran (iQuran), so an app that helps people manage prayer times with their daily schedules, especially in conservative and devout Saudi, might be seen as unholy. “There are two teams here,” says Alawaji, “people who love the prayer times but also those who love them but want to be less restricted.”

As the app has just launched, there are no plans yet for expansion beyond Saudi; however, according to Alawaji, there has been a lot of interest from people wanting a way to know whether they have time to order delivery food before prayer time. “Often the last order for a takeaway is 30 minutes before prayer,” he says, “but you go somewhere else and it’s 10 minutes.” This might be a logical next step for the Ymdi.

The team is also working on their Android version of the app.