This article has been cross posted with Knowledge@Wharton.

The inventory of what Wafa Makhlouf Sayadi’s company, Proclean, has retrieved in nearly a decade of collecting refuse from Tunisia’s otherwise spectacular Mediterranean shoreline goes on. "I have seen it all, things you cannot imagine," Sayadi says. "But what irritates me the most is the plastic trash bags, they get stuck in the machine."

Initially eager to whet her entrepreneurial spirit, Sayadi created a for-profit enterprise that at once provides a service and leaves things better than she found them. Offering a straightforward solution, Sayadi’s efforts bespeak the potentiality and profitability of environmental entrepreneurship. But paramount to this was her taking that first step.

It’s the kind of initiative she hopes to imbue among emerging business owners in Tunisia in her capacity leading the Centre des Jeunes Dirigeants d’entreprise de Tunisie (Center of Young Business Leaders of Tunisia), known as CJD, which represents entrepreneurs under age 45. It’s a balancing act for this mother of two, as she continues running her company and serving as the group’s most recently elected president in post-revolutionary Tunisia, where she says developing the private sector vis-a-vis entrepreneurship can help address looming economic woes such as high unemployment. 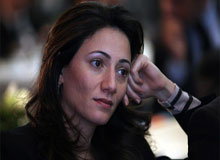 The juxtaposition of Sayadi’s line of work with her impeccable appearance has become somewhat of a cliché for her. Tall and thin with cascading brown hair, Sayadi, 36, cuts a model-like figure in her chic suit and heels. She’s more glamour than garbage. After obtaining a finance degree, she worked briefly at her father’s business, also in the environmental service sector, but itched for something of her own. "I did not see myself at all working in an administration or a company that is not mine. That was my idea from the beginning," says Sayadi, speaking in French. "I can’t bear having someone ordering me to do something."

She got a loan from the Tunisian Solidarity Bank, called BTS, for 20,000 Tunisian dinars (DT) ($12,400USD), had a little assistance from her father, and hired five employees, to open her own operation in 2003. Turnover is now upwards of 700,000 DT ($434,000USD). Her company focused on street sweeping and maintaining green spaces, the kind of work to which she had been accustomed at her family’s business.

Then came a request to help with a volunteer beach cleanup, in which children collected waste material. She volunteered her equipment and staff to transport the waste to the dump. "It was really impressive," she says. "Why doesn’t it last throughout the year?’"

Consequently, she shifted her focus toward beach cleaning and collecting waste. The move also made business sense, she says, because not many firms worked in this field, whereas there were already several others doing the sweeping and park cleaning that made up her earlier business model.

Without daily or regular conservation of the beaches by local municipal authorities, Sayadi found a niche. She knocked on doors to inform municipalities of her service, billing it as a win-win situation: she gets a contract, and they could tap into government aid to cover such work, sparing their local budgets.

In environmental services, she says business owners must flow with the market. "You have to be flexible," she says. At times, there isn’t demand for some services from agencies, because of the season or their funding, so one has to know how to alter or expand what the company offers. Also, Sayadi relies on contracts with the municipalities and ministry of environment, and sometimes there are delays in payment, which can pose a challenge when she has to pay workers.

Sayadi employees about 50 staffers, though that number can double or more, depending on the needs of the project under way. She says at the beginning, she was all for hiring women, but there have been problems in the field when men and women have gone out in a group and arguments have broken out. "It’s in the mentality of people, they do not accept to see women and men working together," in this sector, she says. "Maybe in a factory, they are less disrespected. And when men are fighting with each other, women are caught between them, ashamed. Sometimes they come to me saying they can no longer work."

Even at her executive level, Sayadi says there are gendered perceptions associated with this industry that she must reckon with. When she went to the tax office to get a trade patent, she handed the woman there a form that listed her work as collecting waste. The lady asked her: "Why is such a pretty girl like you picking up garbage?"

Sayadi says for those outside her circle of friends and family, her work can, at first, be shocking for them, followed by the same questions. Her retort: "At least I feel useful," she says. "It takes courage to be a woman in this sector, there are just very few of us and people are impressed when they hear that I work in this sector."

The fieldwork of Sayadi’s business is hard, but it doesn’t require highly skilled laborers. There are people though, she says, who have degrees performing the same waste-collection duties as those less educated than them. After all, they need the job. High unemployment in Tunisia is attributed as one of the factors that sparked uprisings resulting in the country’s revolution that ousted former President Zine el Abidine Ben Ali. In wake of this, Sayadi says business leaders came under fire because of the widely held view that many in the private sector had been in cahoots with Ben Ali and his regime. With unemployment prevailing, if not worsening, in the Tunisian market, the public sector won’t be able to absorb the number of unemployed. Instead, Sayadi says, it’s within the private sector where solutions must be found. Here, she sees CJD playing an important role, by encouraging and mentoring people in business creation. In fact, she sees entrepreneurs as having a big part in rebuilding the nation. "There is no other choice," she says.

To that end, she says CJD spent 2011 meeting with leaders from the many parties spawned by the revolution, to discuss their economic and social policies. It was a unprecedented step for the apolitical organization. "It is important for an entrepreneur to know in what environment he will live in the future," she says. "We need stability, to know where are we heading economically." In the past, the group has worked on making laws more conducive to running a business and enhancing entrepreneurial enterprise. "We want to transmit our concerns to decision-makers, be it in government or administrations," she says. "We try to approach them to share our problems and those of young entrepreneurs." 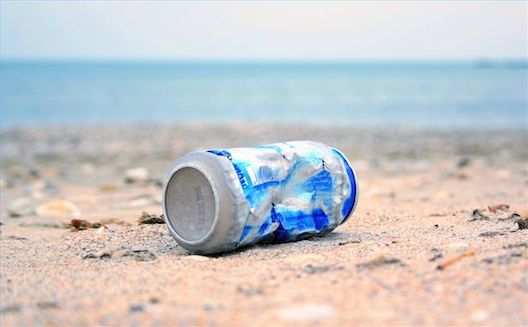 In growing her business, Sayadi turned to existing institutions and business courses to help her strategize her approach and gain access to resources. Her lucid objective of wanting to only work for herself kept her constantly motivated. It may have also helped that her upbringing made business appear to be a favorable path. Sayadi says statistics indicate that the children of entrepreneurs are more likely to become entrepreneurs themselves, showing that the attitudes of parents can impact young people’s views on entrepreneurship. In general, the mentality here had been that upon graduation the goal was either to get a job in banking or the government. That said, she says various programs and initiatives in recent times have boosted entrepreneurship, encouraging young people to create their own ventures.

As she advocates entrepreneurship in the new Tunisia, Sayadi says her organization also looks to instill the idea that overall performance is important. For instance, business owners have to take into consideration giving employees good salaries, respecting the environment, paying their taxes-being what she calls a "good corporate citizen." At an individual level, CJD provides training and programs for entrepreneurs on leadership, management, strategy and other skills. They also serve as a support network for entrepreneurs. "It is very important in the life of the young leader, especially when you start the business, we are submerged by daily problems, and through this exchange we can find solutions faster," she says.

It also helps to know that they’re not alone, that others have experienced similar situations and found a way out of rough patches. The organization also targets university students through its partnership with Students in Free Enterprise, a U.S.-based nonprofit. The students work with business leaders in establishing sustainable projects across the country, with the aim of improving the lives of people in need, giving youth hands-on lessons in entrepreneurship.

For prospective business owners, Sayadi says there are avenues available in Tunisia to help them start up, such as the loan program in which she took part. It’s not a question of class, she says, so much as a regional divide that can create difficulty for some entrepreneurs outside the capital who don’t have access to information and decision-makers. Young leaders from outlying or rural areas must travel to Tunis to stay abreast of opportunities and information on entrepreneurial programs or business creation, because regional administrative entities are not always up-to-date, nor do they make the effort to get information and pass it on. It can take months for a reply to entrepreneurs’ queries to reach them, and even then the answers may be unclear. Sayadi says creating links with the country’s interior provinces is a priority. CJD has branches in 13 regions, stretching from very north to south Tunisia, that work to encourage activities in those localities and support businesses owners, bridging the awareness gap.

Whether it’s with her own enterprise or the organization she leads, Sayadi embodies a proactive demeanor. Sayadi says she’d like to expand her operations to more areas, but is at the will of the state contracts that become available. Ever the entrepreneur, she’s looking into other projects in real estate and related to environmental conservation. She tries to do her part outside the business with volunteer cleanup programs, but she says more could be done. After the revolution, waste collection was affected by strikes held at dumps. In the end, keeping things clean will require widespread action. "This is an area that requires the participation of everyone, whether on the side of the citizen or the government or the private sector, so everybody must work together," she says. "I’m trying to do my best; I cannot do the whole process by myself."

It’s about taking action, about getting something done. In the summer, machines are used to clean the beaches, unveiling an immaculate sight that Sayadi relishes — even if it lasts only for a day or two. More than manual cleaning, the bi-weekly mechanical cleaning, done when everyone is asleep, especially appeals to her. "Sometimes, when I get to my home late at night, I watch the machine going by," she says. "It’s really heartwarming."