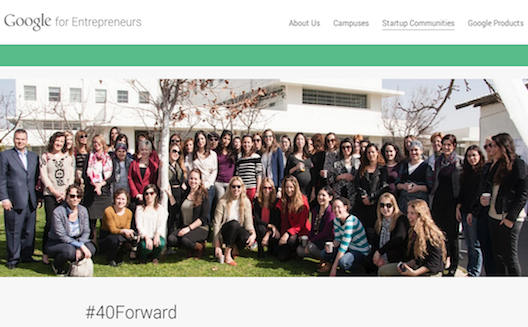 In March, Google for Entrepreneurs launched a campaign called #40Forward, to provide program assistance and $1 million USD in aggregate funding to organizations that are working to increase the representation of women entrepreneurs in their startup communities.

Women have been shown to successfully run companies on two-thirds the funds of their male counterparts. Women-led tech companies generally achieve 35% higher return on investment, and, when these companies are venture-backed, they bring in 12% more revenue than male-owned tech companies. Despite all this, women receive only about 4% of venture capital.

In the first six months of the program, the 40 startup-focused organizations, including five in the MENA – StartupWeekend, StartupGrind, Wamda+MIT Media Lab Workshop Abu Dhabi, Gaza Sky Geeks, and AstroLabs – have achieved some significant milestones. Since March:

While Gaza’s nascent tech sector “actually has a high representation of women; it’s been quite normal for our Startup Weekends to have 33% women,” Iliana Montauk, the director of #40Forward affiliated program Gaza Sky Geeks, still took the #40Forward challenge as an opportunity to help “create more [Gazan] women startup founders.”

“This initiative did spark something for us,” Montauk continues in an email to Wamda. “I’m not just saying that for the article.” 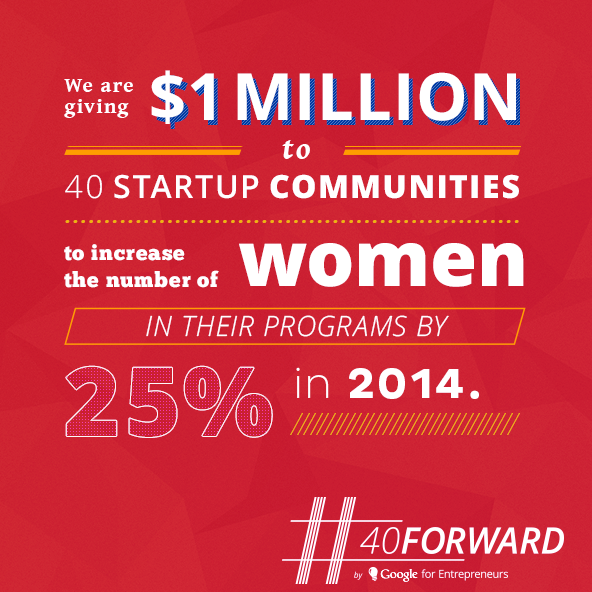 Montauk’s biggest lesson from the #40Forward experience? “That we can increase women’s engagement and leadership dramatically with only a small intervention.” Montauk reported confidence being an issue for the women of Gaza Sky Geeks – as it is for many women around the world – so the organization provided additional trainings not only to build up their skills, but also to allow self-assurance to develop through practice.

“In Gaza, we’ve seen women work closely together, building teams that are both full of camaraderie and hardworking,” Montauk says.

Google for Entrepreneurs Senior Partnerships and Programs Manager Bridgette Sexton Beam, in an email to Wamda, says “our participating partners took new approaches to attract and advance more women in the communities, from simply inviting more women to events to starting a women-focused accelerator. We could not be more impressed by their commitment to foster more diverse, and therefore, better startups.”