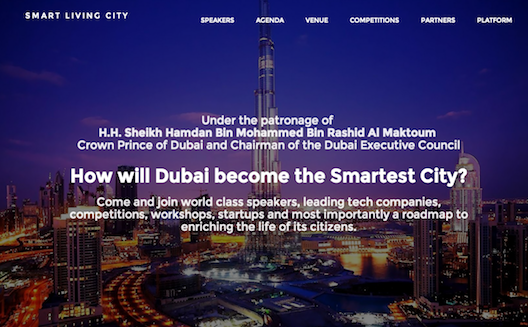 “Dubai is a transit city, a hub for people from all around the world and from all backgrounds.”

With these words Kamran Saddique, president and CEO of the City Innovate Foundation and cofounder of Inside Investor, summarized the reason he chose Dubai as the host of the first SmartLivingCity event, held at Jumeirah Emirates Tower on September 15 and 16.

Choosing Dubai to host the event didn’t happen by accident, said Saddique, who organized the event in partnership with Tasweek under the auspices of Sheikh Hamdan bin Mohammed bin Rashid Al Maktoum. “The city is characterized by active and tech-savvy people who are eager to transfer knowledge,” he said.

He and the organizers wanted the event to be a meeting place for public and privatesector decision-makers, international speakers, academics, and entrepreneurs, attempting to reach together a definition of smart cities and their components.

Participants agreed on the fact that a smart ecosystem is one where decision-makers are involved on all levels, “For me, a smart ecosystem is one that relies on technology and promotes radical innovation and behavioral change, and where all parties are involved, including the government, institutions, and infrastructure,” said Kamal Hassan, founder and CEO of the accelerator i360. Hassan believes that the MENA region is not a smart ecosystem yet; what is still lacking is coordination between incentives and linking between all the parties to achieve the success of the ecosystem.”

Throughout the SmartLivingCity event, participants tried to identify the components needed to build a smart ecosystem, and even though they agreed that there is no magical recipe, they cited a few first steps: 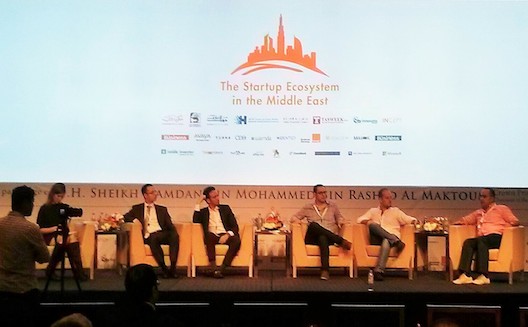 The road to a smart ecosystem for Arab entrepreneurs might be bumpy and long. However, Kamran Saddique and the other organizers, by gathering these participants (as well as 39 speakers), have tried to lay the foundation. SmartLivingCity will be held twice a year, next in San Francisco, and then Singapore.