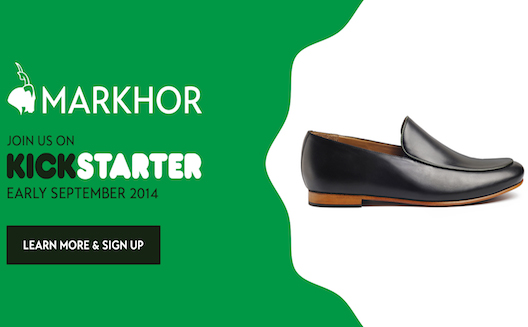 In 2010, Waqas Ali didn't know that a regular visit to his ancestral village of Okara in the Punjab region of Pakistan, and chance meeting with Hussein, a craftsman who makes traditional leather shoes, would change the course of his career.

Speaking with Hussein about the effects of the internet on Pakistani society, Ali got the idea of establishing an online store to sell handmade shoes, so as to help out-of-work craftsmen find their customers.

Since that conversation with Hussein, Ali has started a company, guided it to win prizes, expanded his sales to the Arab world, Europe, and North America, and now has launched a crowdfunding campaign on Kickstarter (just yesterday) to fund the small batch, high quality work of their startup Markhor, and to expand the business to San Francisco. 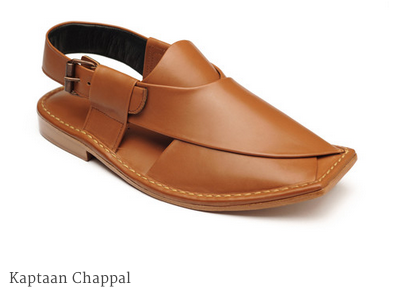 Back in 2010, he recruited his friend Sidra Qasim, started the company, and moved to Lahore, where it’s easier to find high-quality material, connect with customers, and build websites. Despite the move, however, the two partners were broke, to the point where they had to do their work at KFC, taking advantage of free internet and power.

But in 2012, circumstances changed when Hometown won the Innovation Hero prize from Pashafund for Social Innovation (supported by Google), along with $10,000 USD, allowing the team to recruit more craftsmen and to buy raw material.

Since then, Ali and Qasim have changed the brand to Markhor, as part of a marketing step to expand and gain more customers. Ali explains that the markhor is an endangered goat species that lives in Karakoram Mountains of India, China, and Pakistan, Tibet, and parts of Afghanistan. It is also the national animal of Pakistan. “We chose this word because it applies to the craftsmen of our country. It is a true personification of their art and skills, which have been circulating for more than 1,800 years,” he adds.

Markhor’s team consists of six people who cooperate with around 100 craftsmen to make shoes and chappals (traditional sandals of the Indian subcontinent). Craftsmen are selected based on their skills and craftsmanship.

Ali told us that Markhor’s ideal client is “a man aged between 25 and 54 who is not just looking for a pair of shoes, but for something characterized by quality and social responsibility.” He adds: “40% of our clients are located in the US and Canada, and 30% in the European Union, especially France. We also have many clients in India, KSA, the UAE, and Qatar.”

For Ali, the reason behind the increasing sales in Arab countries is the emergence of a new generation who wants to express itself in its own way.

Markhor has not relied extensively on marketing or ads campaigns, but rather on word of mouth and an excellent customer service. “We work hard to offer a unique experience to our clients. We even handwrite personal notes to each client,” he says.

Markhor also counts on the social welfare incentive to get people to part with their money. “By buying the shoes, you also help to improve the world… because our brand cares about empowering craftsmen,” says Ali. Even though Waqas Ali told us that he hadn’t heard of social entrepreneurship when he first established his company, he is in fact a social entrepreneur; he believes that “companies are able to solve some of the most complicated problems facing people.”

However, excellent service and high quality at affordable prices are not enough. Leather products are among the top used materials in apparel and fashion, especially accessories, which drives prices up. Ali is fully aware that he is entering a difficult market, that of high-quality shoes and accessories with an ethical and transparent supply chain model. Competitors (whether direct or indirect) include TOMS, Allen Edmonds, Bonobos, HardGraft, and Everlane. Ali insists that Markhor’s focus direct access to craftsmen and raw material distinguishes it from its competitors.

The crowdfunding campaign is helping Markhor overcome many of the challenges that the team has faced including high shipping costs and the difficulty of attracting world-class talent.