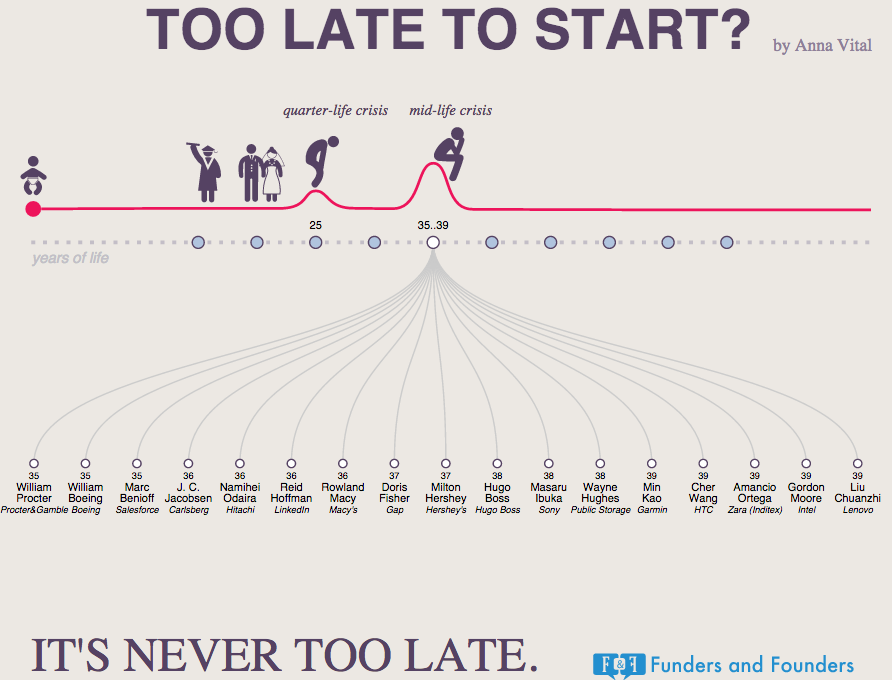 The stereotype of the young entrepreneur may have been inspired by the success of some entrepreneurs like Mark Zuckerberg starting Facebook at 19 and Larry Page and Sergey Brin launching Google at 25, but over the past few years this has started to change.

The biographies of founders of Forbes' 100 Biggest Public Companies in the world show that 35 was the most common age to start.

In her latest infographic, Anna Vital, blogger at Funders and Founders, features the most successful global companies, built by entrepreneurs facing mid-life crisis between the ages of 35 and 39.

The infographic excludes companies that were adapted from previous ones, and companies with which governments are heavily involved, to ensure the list only features self-starting founders.

“When you graduate college, with expectations from parents, seeing teenage CEOs in the news can make you feel like a late bloomer,” says Vital in her blog post.

“Is it better to be an early achiever or a late bloomer? That’s the same as asking if it is better to start Facebook at 19 or IBM at 61? For the world at large it does not matter. Perhaps Facebook could never have happened if IBM did not exist. Should Charles Flint have felt himself a loser when he organized IBM out of a time-card punching technology firm at the ripe old age of 61? Those time-card punchers turned out to be early prototypes of computers.”

Some of the very successful global companies launched out of mid-life crises are: 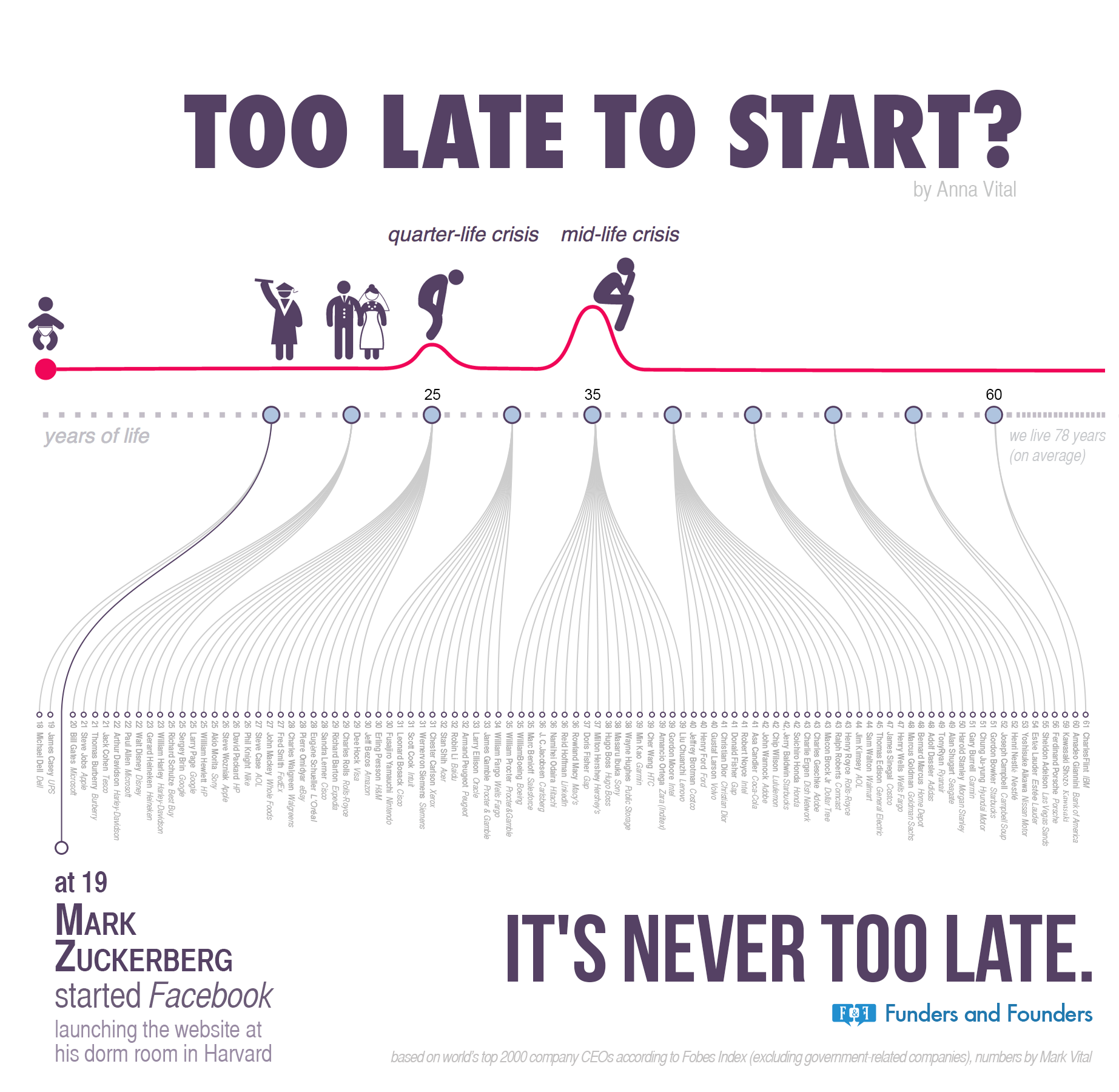