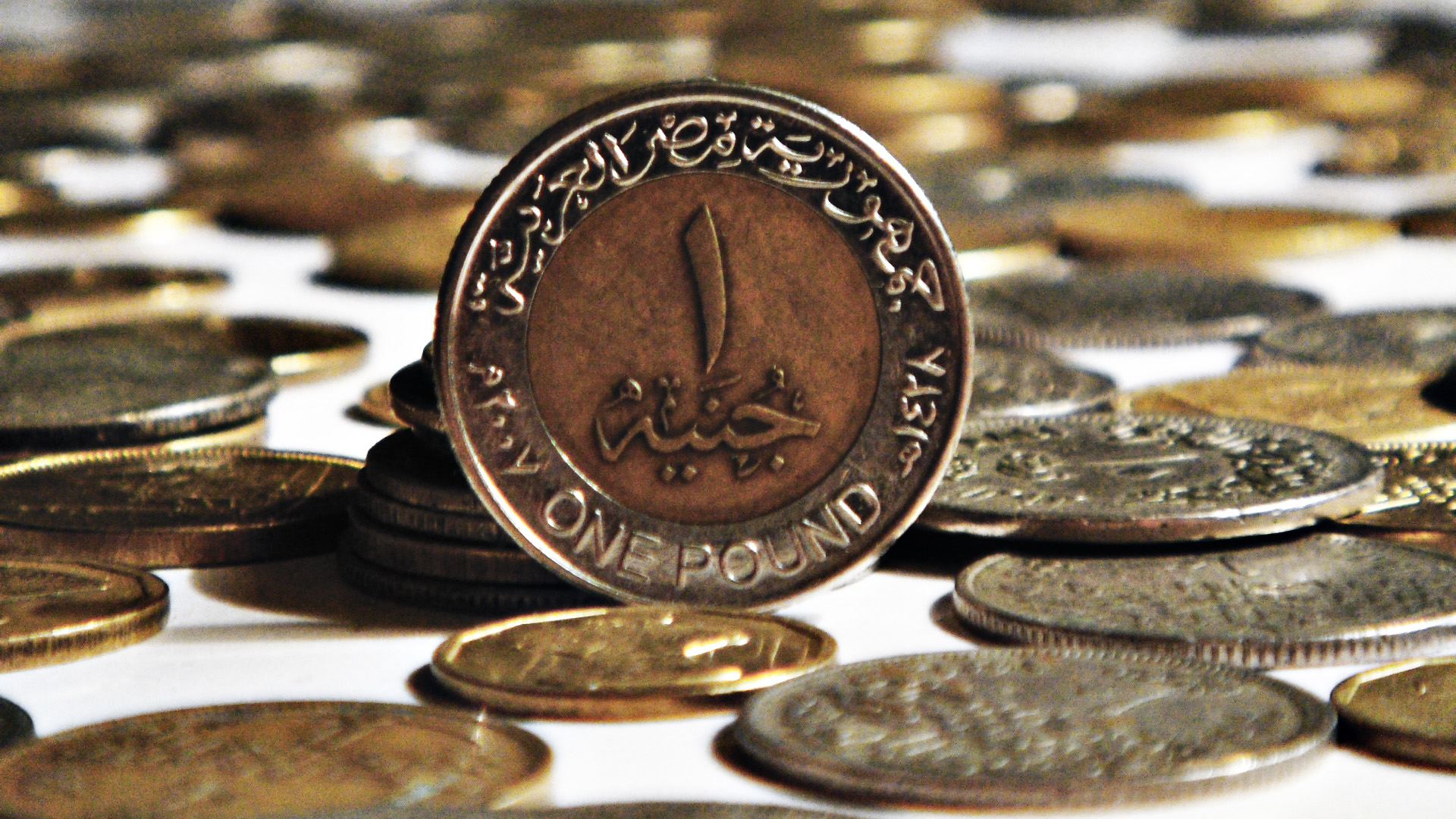 Startups Yaoota and Kickin both launched in June with a goal of exploiting the massive potential of Egyptian ecommerce, but both are finding that the road to market maturity is a long and difficult one.

Egypt's ecommerce sector is still in its infancy. Not only must companies develop the market through educating customers about spending online, but they've got to do it on a shoestring too: investment funds for startups are scarce and building a quality system of online stores, product sourcing and storage, and delivery infrastructure is a cost-intensive business. But the sheer size of the potential market is what's driving companies like Yaoota and Kickin to push past those challenges.

For Sherif Elrakabawy, cofounder of online price comparison site Yaoota, the key issues are educating consumers about online purchasing – Yaoota makes its money from online retailers, such as Souq.com and Jumia, who pay for the marketing – and developing simpler payment systems.

Kickin founder Hazem Biktash is closer to the nitty gritty of online retail, selling "creative" local and imported products via a website and an app. For him the main obstacles are attracting seed investment to use both for marketing and to create an effective infrastructure for sourcing goods, storing them, selling, and then delivering them in the promised timeframe.

The major ecommerce players in the Egypt market are regional companies Souq.com, Jumia, Nefsak, and secondhand marketplace Dubizzle. The regional ecommerce spectrum also includes daily deals sites such as Offerna, established retailers such as Diwan Bookstores which are moving online, and others such as virtual supermarket Eshtery or US importer Edsa3ly.

So far, there are no Egyptian companies challenging the foreign companies for Egyptians’ online custom.

According to Souq.com's Egypt general manager Omar Elsahy, there are about 142 ecommerce players in the country, including travel sites such as Egypt Air. And they're all competing for – and working to develop - Egypt's 93 million-strong market.

With more than twice as many people as the next most populous MENA country, Egypt is a tantalizing market for ecommerce entrepreneurs and businesses. It's also the least developed in ecommerce.

According to the Ministry of Communications and Information Technology, household fixed telephone line penetration is just under 9%, meaning few households have access to fixed line internet, and although mobile penetration is at 120%, only a quarter of the population use those devices for mobile internet.

About 44% of Egyptians have access to the internet – more, by numbers, than any other MENA country – and, crucially, 26% of Egyptians use smartphones, according to Payfort's Middle East State of Payment report for 2014.

With fixed-line internet access still limited, smartphone use is driving e-commerce in Egypt. Payfort data shows 80% of smartphone users make at least one online purchase a month and 70% of those are under 31 years of age.

Even with only 3.6% of Egyptians engaging with online shopping the market was still worth $3.2 billion USD in 2013. 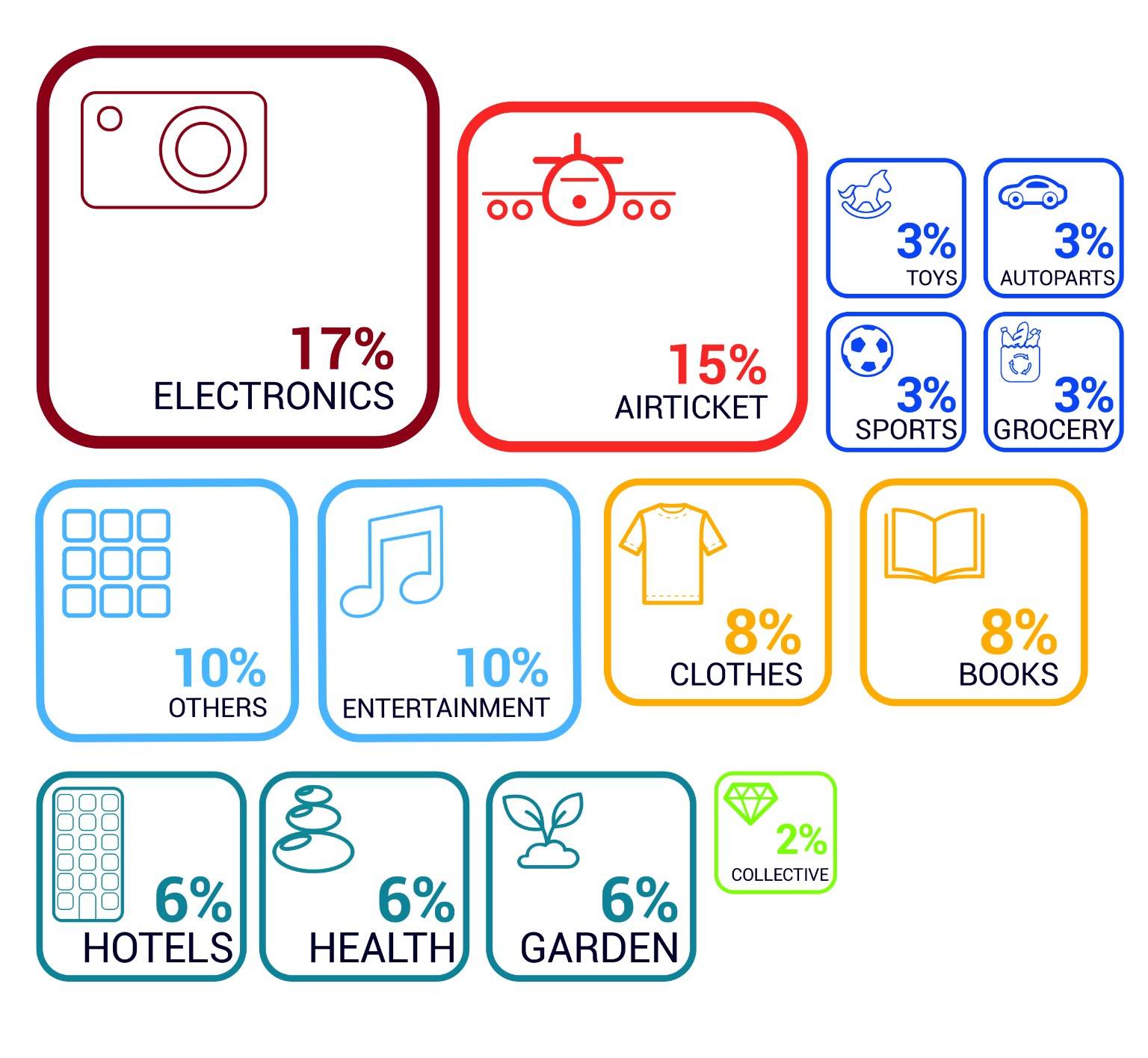 How Egyptians spend their money online (Image courtesy of Payfort).

To access that market, an effective ecommerce business must operate a 'closed loop' whereby the seller has control over the stock available for sale, an attractive online store, and the ability to deliver the goods when and where it promises.

Kickin founder Biktash says this is one of his biggest challenges. He sources his products from 14 local suppliers and imports other quirky, hard-to-find items from the US, UK, and China, such as Kickin's best-selling "magical" t-shirt which changes color in the sun. He sells through the website, but is increasingly encouraging users to download the app (so far, 4,500 have done so).

His team of four then delivers to Cairo's western suburbs using their own vehicles, and uses courier company Aramex for deliveries on the other side of town. They're now testing out using Aramex to deliver to Tanta, a city in the Nile Delta, as well as Alexandria; they plan to cover the whole country by the end of next year.

Biktash's other major problem is finding the money for marketing. He says Kickin's sales weren't as good as he expected in the first three months following the launch because the company doesn't yet have a large enough budget for acquiring and retaining customers. Therefore, he's talking to angel investors about seed funding.

Investment for any kind of startup in Egypt is in short supply. But for capital-intensive ecommerce retailers which must spend heavily not only on the product itself but on marketing, logistics, and infrastructure such as stock storage, websites, and apps, early shortages of money can be a death blow.

Emad Barsoum is part of the investment team at Africa-focused private equity firm 8 Miles. He says although the sector has come a long way in five years, there's still precious little investment funding available for cash-intensive ecommerce retailers, and nothing between the $100,000 USD and $1 million marks.

But he is seeing a rise in interest from venture capital funds and angel investors, both at home and from abroad, which are beginning to take an interest in Egyptian ecommerce startups.

"The perfect investor would be an investor who would not only put money (down) but be passionate about the business himself… bringing in his or her experience as well," he told Wamda. "Some investors prefer to play it safe, betting on markets when they see it already exploding. But in my opinion that's already too late."

In Egypt, the marketing spend is less about selling a product and more about educating customers about online buying. 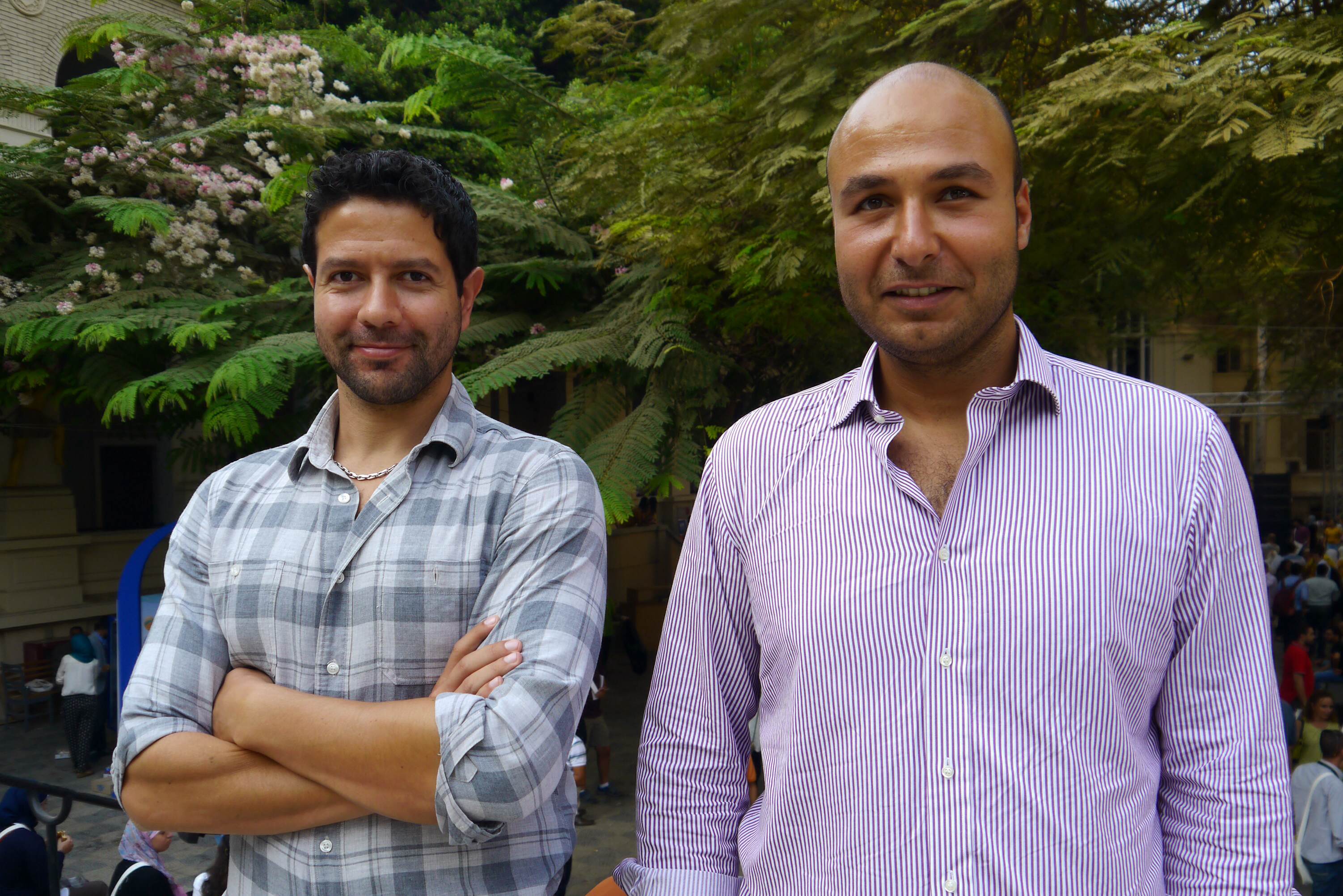 Elrakabawy says that as the first movers in native Egyptian ecommerce, companies must not only show customers how easy shopping online can be but also teach them how: by blogging about the advantages of buying online or providing tips about staying safe online.

"We see [consumer education] as one of our missions. It's not to take as big a slice of the pie as we can but to increase the size of the pie," Elrakabawy told Wamda. With an educated, online market of shoppers, he says the Egyptian ecommerce pie could eventually be bigger than that of Saudi Arabia and the Gulf combined.

Major players such as Dubizzle and Souq.com are also sinking unspecified amounts of money into educating consumers and developing the market, say company representatives.

For Souq.com's Elshahy, this is a necessary expenditure in order to tap into Egypt's huge potential in the long term, as he doesn't expect the market to be a profitable one for some time.

Many believe that developments around financial technology will be the trigger that will push Egyptian ecommerce into takeoff. Right now, getting paid is still one of the most difficult aspects of doing ecommerce in Egypt.

Payfort's report indicated that although Egypt has the second highest credit and debit card issuance in the Middle East, on a per capita basis card penetration is the lowest in the region at 9%, and only 7% of Egyptians have bank accounts.

What this means is about 80% of all online purchases are paid for by cash on delivery. It's a method that Payfort estimates adds an extra $10 to $30 USD onto each transaction, but one that Elsahy says is essential for any ecommerce retailer in Egypt, as customers are accustomed to “touching” the product before shelling out the cash.

A similar report by Paypal in 2013 outlined the risks: allowing cash on delivery encourages a very high rate of returns, up to 40% in some cases; merchants have to wait to receiving a payment, sometimes as long as four weeks; incurs higher logistics costs as couriers have to not only manage customer expectations at the point of delivery, but organize with them to be at home and have the correct cash on hand; and necessitates higher security around the cash handling process.

All of these extra costs make some online sales more expensive for customers and can discourage new entrants into the market.

Paypal, Payfort and mobile payment company Fawry all operate in Egypt but government regulations, such as those requiring banking licences for companies managing financial transactions, have so far stifled innovations in the sector.

“At some point mobile payments will be the standard,” Elrakabawy said. “[Merchants are attempting] to streamline payment for people without credit cards or bank accounts to make payments. This will have the biggest impact on ecommerce penetration in Egypt and the region.”