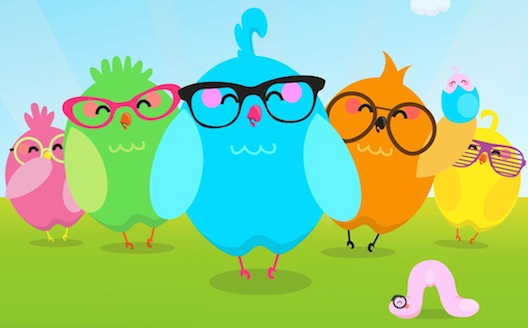 The growth of online learning products has created a huge range of ways to learn a foreign language, from the comprehensive-but-pricey Rosetta Stone to a whole host of free services. However, a major challenge facing such educational products is keeping learners entertained and engaged in what can sometimes be the arduous task of memorizing vocabulary and verb drills.

Pollywords, the first launch by educational gaming startup Erly Stage Studios, uses the simple formula of a classic board game to allow users with different language abilities to interact. The free-to-play mobile app game, which bears a strong resemblance to Scrabble, allows two users to play words from a number of languages on the same board. 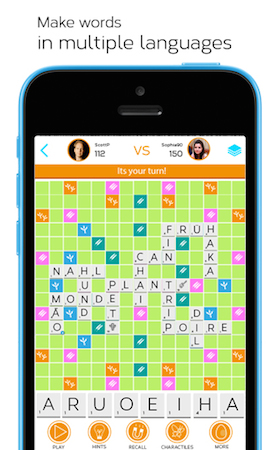 Erly Stage Studios founder and CEO Farid Ul Haque believes the market for educational gaming has huge potential, noting that the similar word-based Zynga title Words With Friends had up to 7.4 million daily users at its peak. However, these products have seldom been launched on a major scale for non-native English speakers.

“My mother speaks Arabic, my father spoke very good Japanese, my friends speak Urdu, my brother-in-law speaks Spanish, and I speak a little bit of Norwegian because of my wife,” said Haque in an interview in Dubai. “When you have an environment with so many languages being spoken, one of the things you see is that most of the games are in English. It is a product in itself being able to be able to accommodate players with a broader range of languages,” he added.

The biggest use for Pollywords is for people trying to improve their English but it is also useful for English speakers learning foreign languages and non-English speakers wanting to broaden their knowledge, he said.

Haque and his team started the designs in December 2013 and launched the first version of Pollywords in March this year. Two members of the team, including Ul Haque, are mainly based in London, with another five in Karachi, one in Manila, while the company is headquartered in Abu Dhabi.

Erly Stage Studios has recently completed its registration at TwoFour54 – an Abu Dhabi media free zone – and has just closed its first seed round, with funding mainly coming from friends and family. “It was hard for us to drawn the line under what the minimum viable product really was. It’s not just a game. We need to build these dictionaries and an algorithm that can teach,” said Haque.

Pollywords is being tested by 300 students at Cambridge International School in Dubai where children, at Grade 8 level, are playing the game in Arabic, French and English. Arabic and South Asian languages have been romanized on the game to allow interaction between letters.

“There are a lot of great products out there for [language learning].  But what we’re specializing in is engagement with the language and vocabulary building,” said Ul Haque. “This is about giving people the first peek at a language and getting them interested and ultimately hooked.” 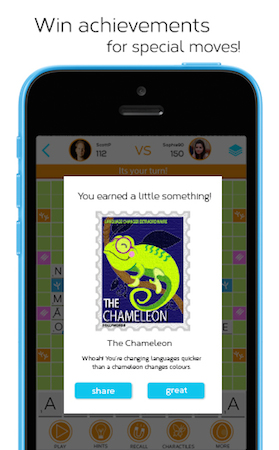 Erly Stage Studios also sees Turkish as an area with major potential and is aiming to roll out the product in schools starting with a focus on London, Istanbul and Dubai.

The initial launch is a business-to-consumer (B2C) product and will happen in London, with the potential for in-game advertising, with companies sponsoring special ‘charactiles’ with their brands.

Following this, the business-to-business (B2B) product called Pollywords Pro will be launched and promoted through education trade shows, exploring distribution deals with major publishers as well as going from school to school in order to demonstrate the product. The business model for Pollywords Pro is one paid subscription, per teacher, per school.

The start-up is aiming to get through Apple’s educational testing program and, after establishing itself on Apple, launching an Android app further down the road.

One notable feature of the app is the crowdsourced dictionary where users are allowed to enter and define new words in any language, which can then be approved by other users (a minimum of 5 votes is required to validate the word). The aim, according to Haque, is to create the world’s largest multilingual, user-generated dictionary. 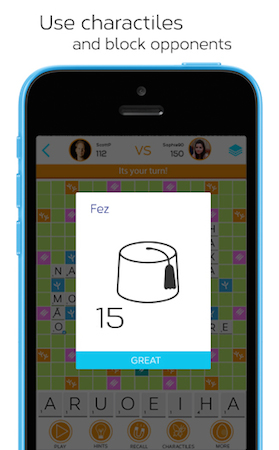 “We are creating a vast reserve of data, which will be a massive asset. We are also looking into derivative games that work on the same premise but are still a lot of fun,” he said. “We’re going to open up the market for this traditional game to a whole different audience. We track your level of play, and an algorithm that checks what level you are playing at, giving you tips to help you improve your vocabulary.

Haque has long been a video game enthusiast and grew up playing simple games on the Atari and early Nintendo consoles, but is now strongly committed to games that deliver educational impact. “We wanted to try and make games that have some sort of educational outcome. You feel like if you have invested that time, it wasn’t time lost and you have learned something new from it,” he said.