Despite being around for more than a decade now, the video sharing network YouTube seems to have become a popular model for startups looking to produce and enrich online Arabic content.

YouTube content coming out of KSA has also resulted in the creation of Uturn, an online video entertainment company - their most famous show EyshElly has over two million subscribers, and has so far received more than 240 million views.

As for Jordan, YouTube has been incremental in the success of Kharabeesh, an entertainment media production network, specialized in the production of sarcastic cartoon video content that deals with the reality of the Arab world. In 2013 their channel was named one of YouTube’s top ten with more than 68 million views. Now, they are receiving more than 23 million views a month.

Video content is of course not limited to just political satire and social commentary. Content extends to cooking, fashion and freedom of speech. The ‘how to’ channel eKeif teaches people everything from folding shirts to flower arranging, while Zaytouneh specializes in cooking (they’ve also expanded to an app on Android and iOS). 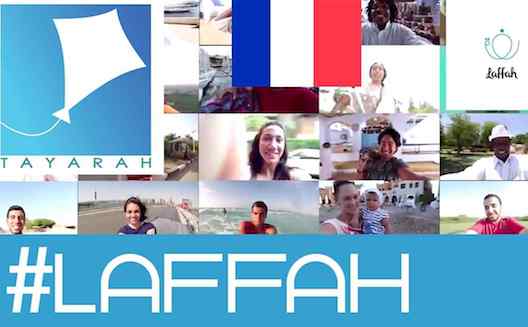 One of the most successful channels is the Egyptian Disalata. Like the many layers that comprise a salad, so too does their content cover a range of topics. Mish Impossible looks at social issues in Egypt, while Ka3b Dayer looks at tourism and Fashion Show focuses on fashion.

The channel’s founders are pleased with their success so far and Mohammed Basyouni, Disalata’s co-founder, attributes the channel’s fame on YouTube to the two songs Kashmagy and Hoppa Egyptian Style which were produced by the company this year, aired on Egyptian satellite channels, and received millions of views in a short time.

“After two years of non-stop work on video content in Disalata, we were able to study the behavior of YouTube users and came to the conclusion that songs are a very attractive type of content to watch,” says Basyouni. “We decided to take advantage of this experience, and to invest in it by launching a modified version of Disalata under the name of Tayarah.”

Basyouni tells Wamda that they will be categorizing their content on Tayarah. “Users looking for fashion are differernt to those looking for tourism, and both are different from those interested in politics and cooking.” Each category will have its own page on YouTube and on Facebook.

The motivation of big companies in the region to sponsor video content that YouTube partners are producing is key to companies like Disalata achieving sustainability. In 2013 Tayarah produced the song Laffah, promoting tourism in Egypt. In most cases, companies producing YouTube video content are not looking to attract investment. Instead they get financial support from ad revenues, and no doubt, that cash flow helps entrepreneurs focus on producing featured content.

A study published by Google in 2013 revealed that YouTube video views in the Middle East have reached 310 million a day, making the region the second in the world. Two hours of video is being uploaded per minute and the YouTube Partner Program currently includes Egypt, Gulf, and the Maghreb. The monthly penetration rate of these videos is at 88% in KSA, 83% in the UAE, and 74% in Egypt.

According to Google’s reports, KSA is top of the list in terms of the number of YouTube video views in the region, at a rate of 14.5 million users per day it is three times that of the USA.

Knowing that the Chinese Xiaomi has recently announced it is planning to invest one billion USD in online video content in support of its smart TV system. Looking at YouTube's Arabic content and its continuing growth, can we expect to see such investments?