Startups the world over, and in the Middle East in particular, often aspire to scale and develop their business in new markets. However, these ambitions are not always the easiest thing to accomplish, and they often face many walls and hurdles. Wamda Research Lab (WRL) had released back in March its first study entitled The Next Step: Breaking barriers to scale for MENA’s entrepreneurs where it offered accurate details on the challenges faced by entrepreneurs who are seeking to grow their businesses.

However, today we are addressing the main mistakes that entrepreneurs make when scaling to new, more mature markets, whether at the regional or global level. While at Abu Dhabi's AtlanticLIVE in November Wamda spoke to two prominent figures in the world of entrepreneurship: Dave McClure, founder of Startups500, and Christopher Schroeder, a pioneering American internet entrepreneur, venture investor, and author of “Startup Rising: the entrepreneurial revolution that's remaking the Middle East.” 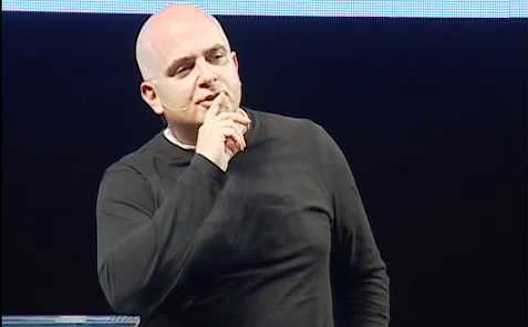 So what are the common mistakes that entrepreneurs make?

1. Most entrepreneurs dream of western markets.

Schroeder sees a growing necessity to reconsider the belief that western companies and capitals are the only thing there is out there. He detailed his idea giving the example of China’s Alibaba. An e-commerce business now worth $200 billion USD, they found success without help from the west. “We ought to think differently. We don’t need the blessing of the west.” The idea that the only way to build a million dollar company is to do it in Silicon Valley is no longer valid, although it used to be a few years ago in the technology sector. However, the trend is changing and the next 5 to 10 years will be different. “The final ruling for failure or success is no longer up to the west,” he added. “When entrepreneurs tell me that they want to expand in the US, I always talk a lot with them to make sure of the necessity of that. Entrepreneurs get confused sometimes and think that their companies will be billion-dollar ideas just because they’re heading to the US. I appreciate this ambition. However, they can meanwhile establish $50 or $100 million USD companies in the region, then scale to other countries.”

This was seconded by McClure too who saw that entrepreneurs should think carefully about the market that they want to target. This market can be in a neighboring country, or one of a similar language and culture. He believed that the best option for startups in the MENA region is “to seek Arabic-speaking markets in the GCC, the Levant, and North Africa.” He stressed on the fact that even if scaling on a global level is a good and challenging idea, thinking carefully about the best option is crucial. “If you had to choose between a million dollars in a distant place with no competition, or a 100 million dollars just a few miles away with more than 1,000 competitors, it is surely stupid to ignore the million dollars, especially if the 100 million dollars is somewhere you don’t know and you’re not familiar with,” he explained.

2. Underestimating the power of relations between emerging markets.

Schroeder told us that he has met many entrepreneurs who undervalue the E to E theory, namely, the relation between emerging markets. “It is great to have offices in Silicon Valley, and this would probably attract more venture capital. And there is no doubt that the US is considered a big market. However, one must remember that many things are happening in Africa, Turkey, and Brazil too,” he said, adding that he sometimes feels that people see what is happening on social networks on DVDs or Netflix, and feel the need to head to the US. However, he did also add that there are many reasons that make entrepreneurs head to the United States, but the factors that should be taken into consideration are many. While these startups spend a big chunk of their time and effort trying to expand on a broad scale, their best opportunities might be closer than they think. 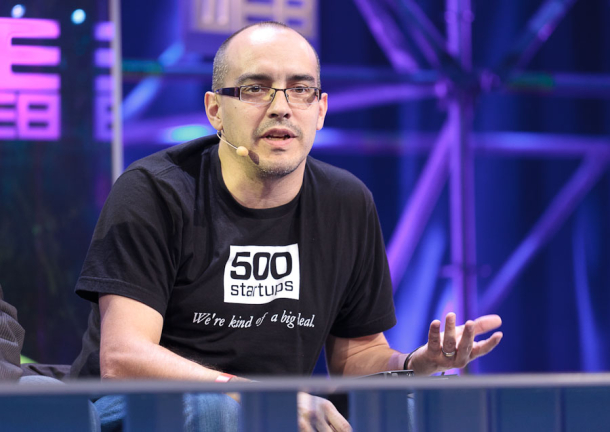 3. Failing to think of marketing and sales as a core function.

McClure reprimands entrepreneurs who expect the product to sell itself. “In the world of entrepreneurship, we all have this common misunderstanding that distinctive products sell themselves, and that word-of-mouth will make you achieve great success and conquer whole markets,” he said, adding, “we often cherish sectors like coding, engineering, and product design; however, we don’t focus enough on sales and marketing which are major components in scaling.” There is no doubt that one of the most important factors for companies which aspire to scale is to build themselves around online marketing, sales, and a monetization plan that includes a budget for the acquisition of new customers.

4. Dedicating little time to mastering the principles of marketing and sales.

McClure believes that not giving great importance to the marketing and sales strategy leads startups to committing yet another mistake, which is to not dedicate enough time to learning the basics of online marketing. The acquisition of customers via social networks, and mobiles, is still a relatively new process but many still stick to conventional methods. “Mobile marketing doesn’t exceed twenty years. In fact, it barely amounts to five years, and the same goes for social networks, while video marketing has only been around for three years and marketing on messaging and chatting platforms is nascent.” For McClure the idea that platforms that reach millions of people being under-utilized was crazy. “If someone told you that you could post free ads in a newspaper that gets handed out to more than a billion people, wouldn’t you take the chance right away? Most people don’t do that.”

5. Counting on partnerships with major companies.

Schroeder stressed that most entrepreneurs often confuse PR with success. They consider that getting a lot of attention or spending a lot of time going after this attention will help them build a good image and reputation. Meanwhile, they’re actually losing the focus needed to build a startup. “Some think that making an important strategic partnership will do, and that if they close a deal with Google for instance, things will work out on their own. However, reality is very different, especially when large corporations have many priorities, and rarely have the time, or even the desire to actually do what they say,” added Schroeder. He said that some startups, whether in the Middle East, or other regions, are offering free equity for renowned brands in order make partnerships. However, they don’t have any specific or tangible strategy to help them be more successful.

For McClure and Schroeder the advice for entrepreneurs is to think carefully before scaling, to not lose focus on what’s important: the success and sustainability of their startup. Then, once an entrepreneur has succeeded in their local market, they can build on that, efficiently and quickly, in order to scale into more distant markets.