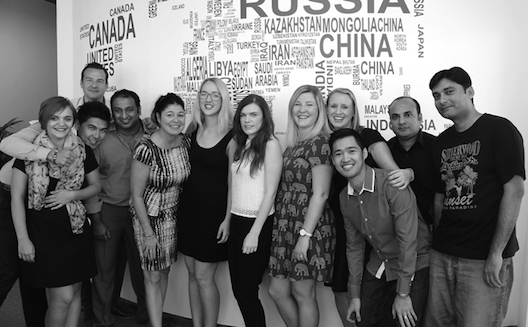 More than two years after being acquired by Tiger Global Management, Dubai-based daily deals platform Cobone.com was acquired again over the weekend by online publishing, content, and services company Middle East Digital Group (MEDG). It’s a private transaction and the cost of the acquisition is not being released. Tiger had acquired Cobone from Jabbar Internet Group in March 2013 for a reported $40 million.

This is the first acquisition by MEDG, which was just launched this year by Jane Drury. MEDG will be the umbrella company for a number of websites, the first of which is ExpatWoman.com, which Drury also launched back in 2002. MEDG will be focusing on online marketing in the Arab region and worldwide, offering advertisers a reach of over a million unique visitors and seven million page views a month.

Drury and her team have built ExpatWoman.com over the past 12 years, expanding the site’s reach from its original market in the UAE, to the Gulf, wider Middle East, Central Europe, Asia, and then, in November 2014, globally. ExpatWoman.com currently covers 240 countries, and attracts over 500,000 unique visitors a month.

“ExpatWoman is continuously looking to add services to its readers. What we want to focus on now is developing ecommerce services,” says MEDG CEO Jane Drury.

As the region’s first daily deals site, founded in 2010, Cobone adds scale as well as expertise to MEDG’s portfolio, particularly in the areas of ecommerce capabilities, operations, and experience in the Saudi market.

“Cobone it is a strong brand and it has a well established reputation among a number of other daily deals sites in the region, which [aligns well] with ExpatWoman,” Drury adds.

Drury looks at the acquisition as a “good package” altogether when it comes to the business, the brand, and the team.

Overall, 30 employees from Cobone will be joining the ExpatWoman team. Further, Richard Pakenham will come over from Dubizzle to head sales for both teams. Cobone offices and staff will move to the Tower at Dubai Studio City, adjacent to the current ExpatWoman.com offices. “It will feel seamless for both teams and clients, with a potential to develop new verticals for new niche markets. There will be no job losses; both companies are, in fact, hiring,” says Drury.

Founded by Irish entrepreneur Paul Kenny in 2010, Cobone grew to become the region’s largest daily deals site, and nurtured a direct presence in the UAE and Saudi Arabia, serving an active user base of some 500,000 unique visitors. “We each have half a million unique visitors, [and] putting both together makes it very interesting for adverts agencies and brands,” says Drury.

The most gratifying thing in this deal for Kenny is the continuity of the brand, allowing him some bandwidth to focus on travel site Safarna, which remains a part of Tiger’s portfolio companies. “Over the past four years we have built a great company, one that continued to grow and was at the forefront of ecommerce in the region. The team have been phenomenal that have built it and without a doubt the only reason Cobone was a success was down to the team driving it every single day,” Kenny says.

Both Kenny and Drury agree that the deal took longer than expected, especially on the legal side. “With all good intentions you hope you can finalize the legalities in a matter of days but it always takes months. This part of any deal is often the hardest and most tiring,” says Kenny.

It seems like both sides are looking forward to the next year, and have big plans for growth ahead. “Good things take time; you cannot rush a process or force and issue. A deal has two parties and it takes time to get everything in order so when you sign on the dotted line things run seamlessly. Cobone has found a great new home at MEDG and I cannot wait to see how it grows in the years to come,” Kenny ends.