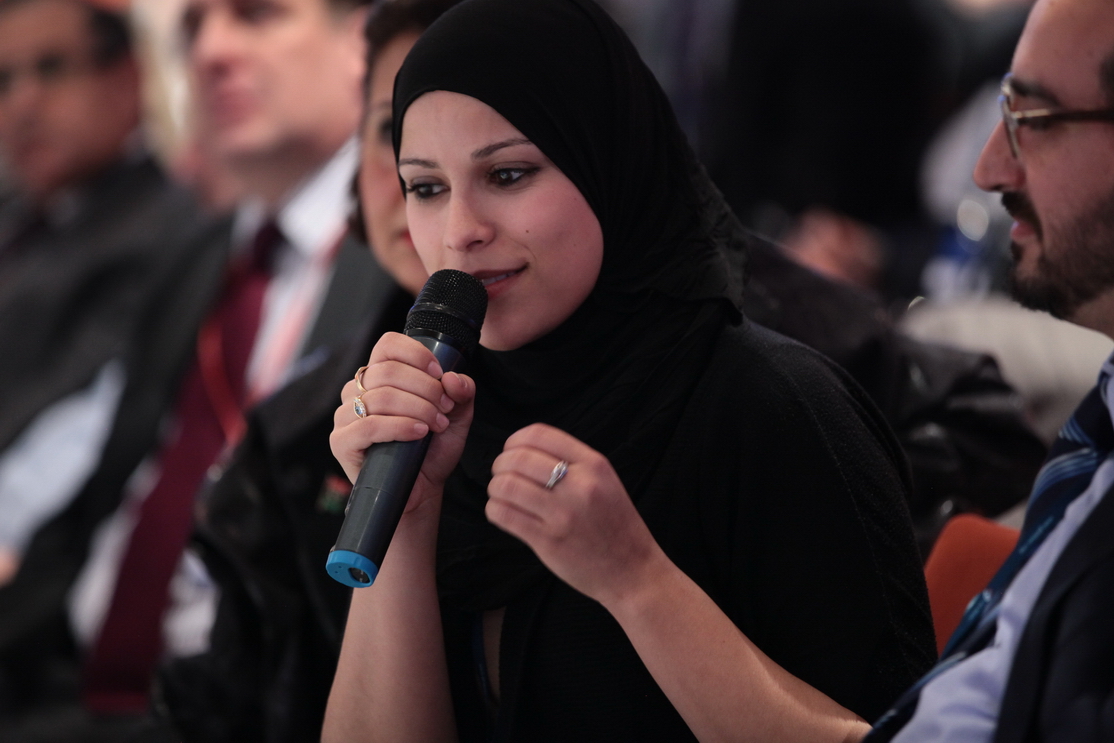 The Voice of Libyan Women's Alaa Murabit addresses a crowd.

Ashoka Arab World, an organization dedicated to enabling social entrepreneurship in the Middle East, just announced the names of its newest Ashoka Fellows – a distinction that qualifies them for support from the organization.

The first Fellow is Canadian-Libyan Alaa Murabit, who founded an organization called The Voice of Libyan Women. Its goal is to use “religious discourse… to positively reinforce social, economic, and political rights for women.” Moreover the organization’s mission is informed by the Universal Declaration of Human Rights and the unique experience of “the start of [a] six month battle for democracy” in 2011. Murabit became involved with advocacy for women's rights during the war when she used her medical training to treat wounded fighters. You can learn more about the extraordinary organization here.

Sarah Toumi is the recipient of the second Ashoka Fellowship. As founder of a Tunisian farming organization, Acacias for All, in Tunisia she is directly engaged in the global battle against climate change. Her particular focus is on the prevention of desertification, something which she works towards by organizing farmers’ collectives and sustainable forms of irrigation and crop rotation. Her organzation is dedicated to planting acacia trees - which provide ecological and economic benefits to her community in Tunisia. That's because the acacia tree "has a sophisticated root system capable of finding water up to 100 meters underground and also produces arabic gum, a natural emulsifier."

Ashoka has been working to support social entrepeneurs and their work for thirty years now, although Ashoka Arab World was only established in 2003. In total the group has supported 3,000 Fellows in 70 countries in that time, including 80 MENA social entrepreneurs in 10 regional countries.