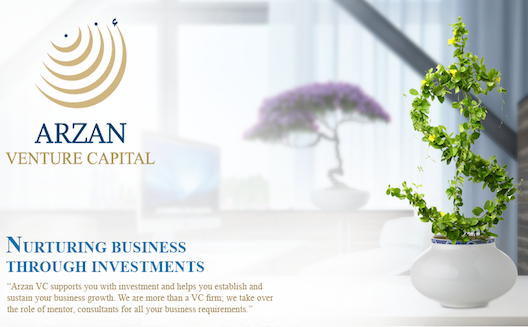 Arzan Financial Group (AFG), one of the oldest and largest publicly listed investment firms in Kuwait, announced this week its investment in the first Kuwaiti private venture capital: Arzan VC.

Arzan VC is a subsidiary for AFG, whose investment principals are looking to put their $5 million dollar fund towards Series A and post-Series A tech startups all over the world. “We are not narrowing down into specific segments in the tech industry, as we want to explore all opportunities in the field and slowly track what we are better at within the next couple years,” says Hasan Zainal, Managing Partner at Arzan VC.

With a core team coming from different background and different nationalities, the group is looking at global and regional startups. The group is multinational: Indian Anurag Agarwal serves as Financial Analyst, Jordanian Ahmad Taktah as VC Expert, and Kuwaiti Hasan Zainal as Managing Partner. AFG has been planning the fund for two years now, and started recruiting the team and registering Arzan VC in Dubai in 2013.

With offices active in Kuwait since early 2014, and in Dubai since December 2014, Arzan VC has already closed three deals.

Although the firm only aims to invest in Series A and above and is only interested in digital tech (internet and mobile), its first deal is an exception to the rule. The group wanted to make a point by investing seed funding in a Kuwaiti hardware company. “We invested in a known Kuwaiti inventor who has not gotten support from anyone yet,” says Zainal.

PET Recycler is a supplier of an easily recyclable plastic called polyethylene terephthalate, often used in 3D printing. The company is helmed by Sadeq Qasem, one of few entrepreneurs-inventors in Kuwait publicly known for his international accomplishment. “Since there are no incubators or accelerators in Kuwait to help inventors work on their projects, we took the initiative to be the first to help Sadeq who already won many prizes at global competitions in Qatar, Japan, and others,” explains Zainal, who promised to announce the other two deals very soon.

As a global fund, Arzan VC is considering companies in the US, Russia, and Europe as well as the MENA. Its average ticket size ranges from $500,000 to $1 million as a principal investor, and it will participate as co-investors in deals ranging from $3 to 10 million.

At first, the team wanted to only focus on the MENA region, but since there is not a lot of flow in Series A investment here, they decided to instead focus on one industry globally. “It doesn’t make any sense to invest in one region where a lot of action is happening elsewhere,” says Ahmad Takatkah who recently joined the team as a VC expert. “However, and because we want to support the Arab region’s ecosystem, we are making an exception in considering pre-series A startups in the MENA and GCC,” Takatkah adds.

The fund doesn’t only offer money, but also focuses on mentorship and partnership with portfolio companies. AFG’s majority stake is owned by International Financial Advisors (IFA), a leading a consortium of 10 listed Kuwaiti companies with total market capitalization of $6.6 billion. The consortium market value is 3.1% of total market capitalization of the Kuwait Stock Exchange.

Through closely working with IFA, Arzan VC are able to provide portfolio companies with valuable contacts and mentors. “We help them grow their business and revise expenses and strategy and try to make it as cost efficient as possible,” says Zainal.

“We are an active investor and we have weekly meetings with portfolio companies,” adds Zainal.