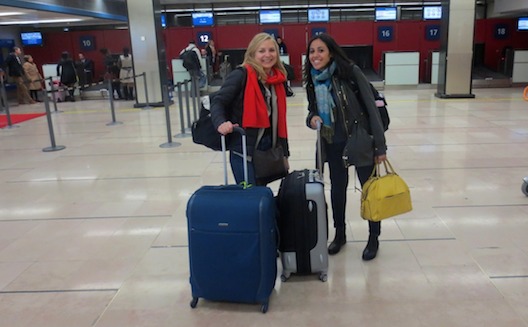 Sarah Zouak, 25, talks about her project, the Women SenseTour in Muslim Countries, with an air of normalcy.

However, the tour is nothing if not ambitious. She has set out on a five-month trip to five Muslim countries to document the work of five female changemakers in each, in the hope of showing a different image of Muslim women to Western societies accustomed to two-dimensional stereotypes. Along the way, she is shooting footage for a documentary, and organizing workshops to help the women she meets tackle some of the most pressing challenges facing their projects.

Born in Paris to Moroccan parents Zouak’s tour has its origins in her own life experience. She has never seen a contradiction between the two sides of her identity, but many around her have insisted there is one. “When I say I’m a Muslim, [people] say… ‘you are a good Muslim,’” she explains, “like I am the exception.”

Zouak is often told that she is open-minded and can fight for her rights because she lives in France.  She says people often tell her, “If you lived in the other countries, in Muslim countries, you would not have the choice.”

Growing up, Zouak found her family open and tolerant, nothing like the stereotypical ideas about Muslims that she was constantly confronted with. Therefore, she was convinced that Muslim women in France, and in Muslim majority countries, have much more agency than typically portrayed or assumed.

When it came time to choose a university subject, Zouak originally decided to focus on business. After doing an internship, she realized that she didn’t want to be the manager of a big company. Instead, she wanted to make a difference.

She went back to university and completed a master’s degree in international relations, and NGO management, in order to enter the NGO field. She also wrote a second master’s thesis in Islamic feminism to answer some of the questions she was faced with.

In early 2014, she realized she couldn’t name one female changemaker from a Muslim majority country. “Just because the media doesn’t talk about these women doesn’t mean they don’t exist,” she says. “I was looking for some role models who are Muslim, who are women, who are fighting for women’s rights,” she explains. “I decided to go and meet what I called Muslim changemakers who are working in the field of women’s empowerment.”

The tour, which covers Morocco, Tunisia, Turkey, Iran and Indonesia, has two main goals. The first is to present an image of Muslim women different from the commonly held perception in France, through a video documentary. The second, for Zouak to organize MakeSense Hold-up workshops to help the changemakers address one of their challenges through a collaborative, community process.

The price tag for the five month tour is about 14,000 Euros (just under $17,000 USD), according to Zouak. In order to be able to afford the trip, she reached out for sponsorships from her university, from a restaurant in Paris, and from a number of other organizations and businesses. She also ran two crowdfunding campaigns that raised most of the money. One of the campaigns was on the platform W4, which focuses on women’s empowerment projects, and which matched the amount of money she raised, the other was through the French crowdfunding platform KissKissBankBank. 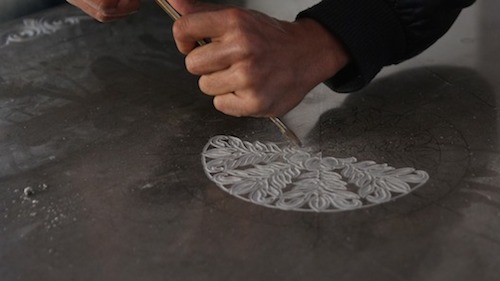 Zouak started the tour in October 2014 after finishing her master’s thesis. Her first stop was Morocco where she met with five female changemakers in different parts of the country. In Marrakech she met Nora Belahcen Fitzgerald who opened Amal Women’s Training Center and Moroccan Restaurant. The organization trains street women to cook and work in a restaurant so they have a source of income and better opportunity to find future employment.

In the rural Ameln Valley, she met Khadija Elharim who started a women’s cooperative to make oil based products from the abundant argon trees in the region. “It changed a lot in the village,” Zouak says, “mostly the men’s perception of their wives.”

Now in Tunisia, Zouak has spent time in Tunis and El-Kef highlighting women changemakers in fields from politics to social entrepreneurship. She interviewed Ikram Ben Said, who founded Aswat Al-Nissa, which encourages women to run as political candidates. Zouak also organized a Hold-Up in El-Kef to help an entrepreneur there figure out how to gain buy-in from volunteers.

Next stop is Turkey. Looking forward, she says she expects communication to become more difficult outside of Francophone North Africa.

When she finishes the tour, Zouak hopes to screen the accompanying documentary at universities in France. “The target is the young people,” she says, because their ideas about Muslims, and Muslim women, are not completely formed yet. She is also going to try to sell the documentary to a French television channel, in the hope it will reach a broader audience.

Along the way, she is also raising the profile of female Muslim changemakers and challenging Western perceptions about what it means to be a woman living in a Muslim country.