The Mugamma, Egypt's central bureaucracy building, stands sentinel over Tahrir Square and is a monument to a government legacy of paperwork in triplicate.

It’s a relic that certain ambitious entrepreneurs want to change. Supported by the Ministry of Communications and Information Technology (CIT), they are pushing through small, though influential, reforms to how government is done in Egypt.

Magda Habib (pictued below), chief commercial officer of electronic bill payments platform Fawry which has partnered with the Egyptian government, says there’s no reason why many government processes, such as the company’s new car license renewal and national electricity bills payment platforms, can’t be done online. 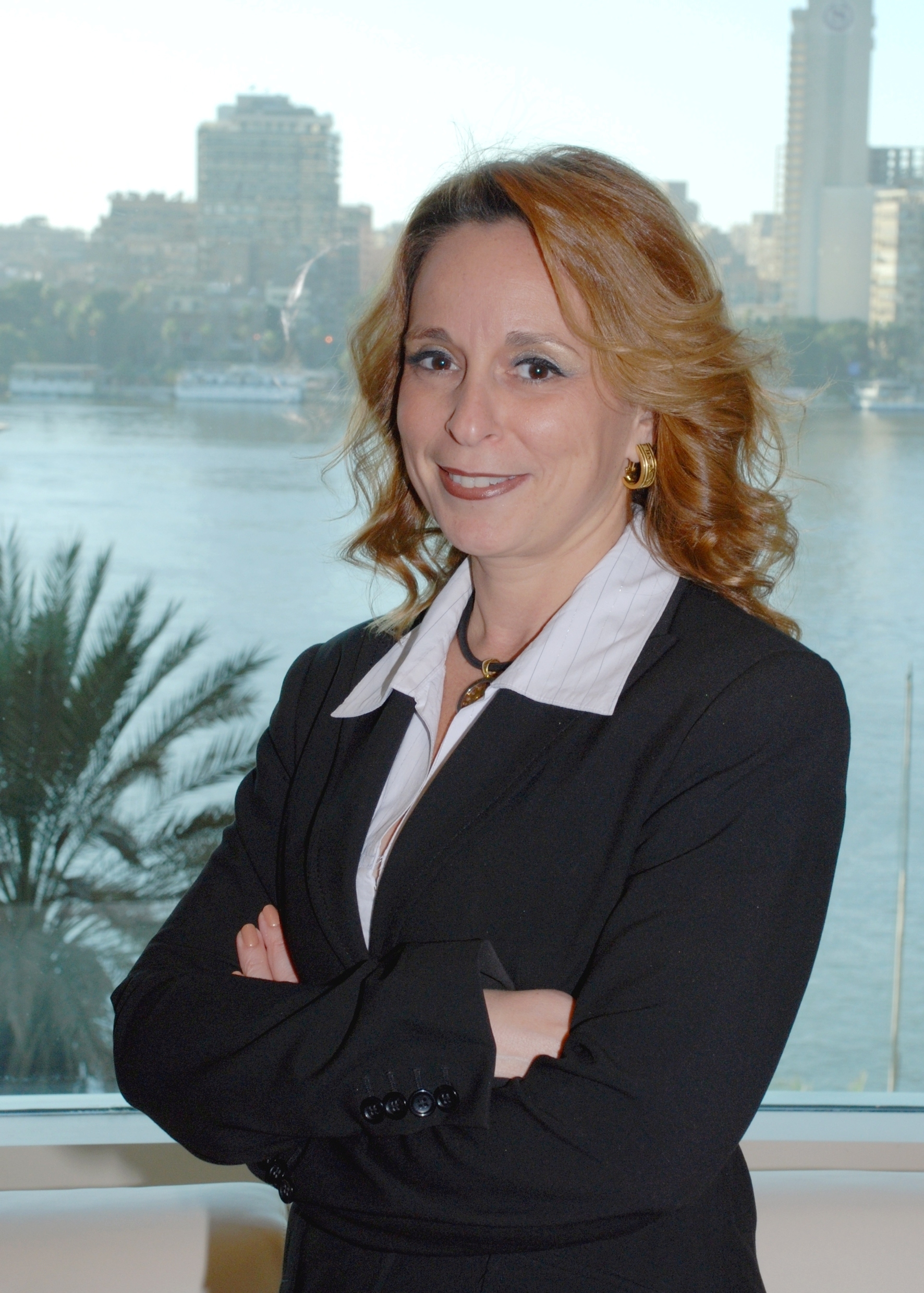 “All of these interactions don’t have to be in a government office,” Habib told Wamda. “The challenges the government is facing are forcing them to think out of the box and look at alternative strategies… they are forced to consider unorthodox and untraditional solutions.”

Fawry soft-launched the car licensing platform early this month, with an advertising campaign to follow in February once the kinks are ironed out.

The online platform short-circuits a process that involves personally paying a fee to the Ministry of Interior, sorting out any traffic fines with the Ministry of Justice, buying insurance from a government certified company, and hoping this makes it onto a single Ministry of Transport file.

Habib says the site is the result of creating a "perfect alignment" between the three ministries and their departments. That’s partly due to constant support from Fawry for operational staff in the government, who needed training and assurances that automating the process would not mean they’d lose their jobs.

Fostering in-government knowledge, as well as having high brand awareness amongst the public, is crucial to Fawry’s success in providing e-government services: Egypt has actually offered online services for some time, but few people know about them.

Cairo resident Mohamed Anis says he ordered a copy of his birth certificate online in 2007 and was surprised to receive a phone call from the department asking if he was sure: it would cost 40 EGP (around $5 USD) compared to 8 EGP (just over $1) if he just went into a government office. He says the service was quick and convenient – once he’d convinced the government official he wasn’t joking – but a quick survey at his workplace last week showed only one of his colleagues even believed such a service was possible, let alone available, in 2015.

Alexandria software company eSpace has been benefiting from that kind of institutional experience since 2010, when the revolution gave CEO Youssef Aly the opportunity to almost single-handedly move parts of the government towards using open-source software and start the process of educating state employees. 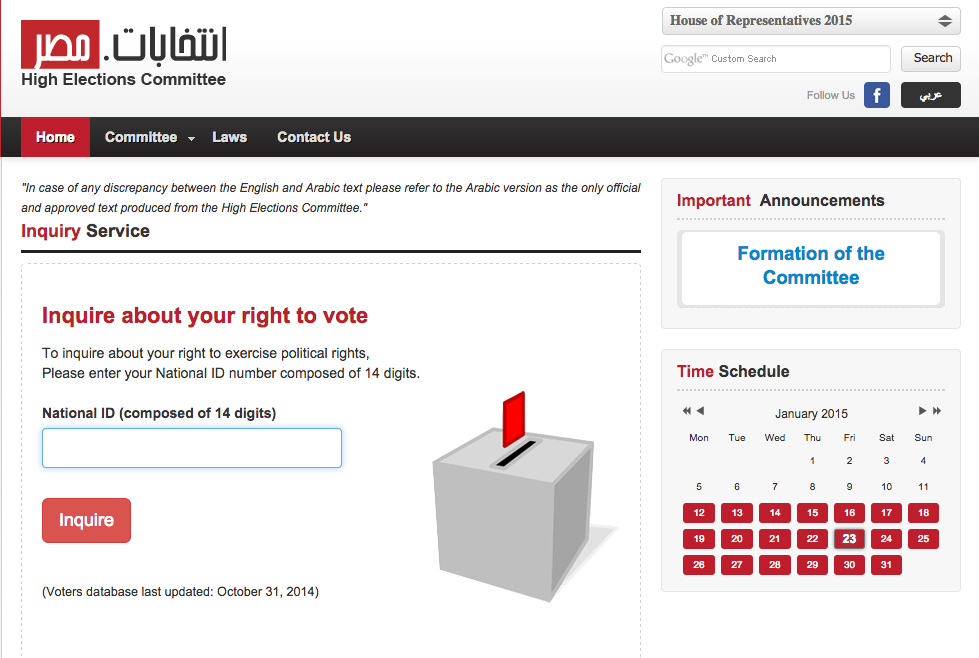 CEO Youssef Aly says before 2011 the government didn’t use open-source software nor did any of its employees really understand it.

But after a last-minute request to build a voter information website in the weeks between Hosni Mubarak’s exit and the referendum on March 19, 2011, Aly’s team introduced the former Ministry of State for Administrative Development (MSAD) to Linux, in order to build the national voter database.

Fast-forward four years and eSpace is managing the website for the upcoming parliamentary elections in March and April, and Aly says a key benefit is that he’s still working with the same government team.

“It was a little bit difficult in the beginning but to be fair the guys at MSAD were highly qualified,” Aly says, and he can see the incremental knowledge being accrued within the system.

Finally, in November, the Ministry of CIT published a strategy paper promoting the use of open-source tools in both the public and private sector, supporting Aly’s early adoption recommendation.

These technology companies are taking advantage of a culture shift within the government that began in the early 2000s, when it began updating policies on small business and entrepreneurship. Laws were changed to give small businesses at least 10% of all government contracts and in 2004 the Information Technology Industry Development Agency was set up to boost the IT sector.

Today, Egypt’s e-government drive is being led by Minister of CIT Atef Helmy, a former Oracle executive. The ministry has been active in connecting technology companies such as Fawry with government departments, to help the private sector participate in e-government initiatives.

Usually when the government does business with the private sector, it’s with much bigger companies with which it often has long relationships, which is why Ministry of CIT introductions have been crucial.

Mobile software developer Netcare is one of those startups where the ministry has paved a way through bureaucratic processes in the name of a good idea. Netcare CEO Amgad Morgan is the creator of HOPE, a social enterprise working with the National Blood Transfusion Center (NBTC) to help prevent the waste of donated blood. It’s an app that anonymously shows whether a participating donor with the same blood type is close to a patient in urgent need of blood, and then alerts the donor by SMS.

Morgan had the idea in 2012, but only began speaking to the NBTC in 2013 after being put in touch by a ministerial advisor in the Ministry of CIT. The expansion plan this year is to set up kiosks in hospitals for blood donations, complete with iPads so doctors too can digitally call up donors in an emergency.

Carnegie Middle East fellow Amr Adly says government partnerships with smaller technology companies shouldn’t be seen as a departure from the norm, because these are the business with the skills to deliver on long-standing promises of modernization.

It’s positive largely because winning a government contract is hugely time consuming, almost prohibitively so, for smaller companies and startups.

Adly says lack of transparency on the government side is a major problem for companies, but it’s also difficult for the government to discover who the market leaders are among smaller companies.

Despite these challenges, the possibility of creating change through working with the government is still attracting Egypt’s rising tech businesses.

Fawry has just signed a deal with the Social Solidarity Fund whereby the fund will provide small loans to people in rural villages to buy Fawry terminals, creating micro businesses and spreading the company’s reach at the same time. The team is also talking to the Ministries of Investment and Planning about creating portals for online tax payments.

Morgan at Netcare wants to begin reaching out to public hospitals, and eSpace is building a website for the Ministry of Youth and Sports to encourage young people to vote in the upcoming election.