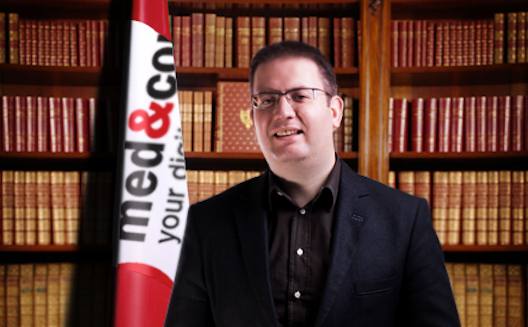 Few countries can boast that their number of internet users has gone from 1.5 million to 15 million in eight years, that they reached eight million 3G users in just one year, or that six of their local media sites have made it to the top 20 most visited websites in the country. Algeria is one that can.

Today, Algerian advertisers and ad agencies are finally starting to realize the potential of digital, and for some, the internet is turning into a new El Dorado. Behind this awakening are a few determined and inspired entrepreneurs.

One of them is Nassim Lounès. He cofounded the first internet-only advertising network, and internet-only communication agency in the country in 2007. Today, med&com’s revenues have multiplied by five since it was created, and it employs a team of almost 40.

Lounès told Wamda about the company’s beginnings and the challenges he met, and offered some inspiring lessons to entrepreneurs looking to start a new market in developing economies.

In 2003, Lounès, then working in the banking industry, left Algeria to study digital marketing in France, with the hope of eventually bringing what he learned back to Algeria.

When he came back to Algeria in 2006, he noted “a terrible lack of information on new technologies in Algeria.” To combat this, he and a business partner started N’TIC, a paper and digital site dedicated to ICT.

At the same time, they created a web agency, but pivoted shortly thereafter to start the first digital-only advertising agency, after realizing that Algerian website editors generally lack both professionalism and know-how.

At the beginning of med&com, Algerian websites all offered different formats for their ad spaces, and were charging by the day instead of by the click or the impression.

So the med&com team had to start by educating the website editors, explaining to them how digital advertising works in other countries, and what kind of format they should display.

Then the team had to begin looking for clients. Convincing multinational companies was quite easy, since their head offices were already pushing the Algerian branches to jump on the digital advertising bandwagon. Convincing local advertisers was a different story entirely. The med&com team had to prove the potential of the digital market by offering free trainings and publishing many studies, including on the audiences of potential clients.

Once a client signed, the network could count on a snowball effect: as soon as one company started online advertising, other companies followed so as to keep up with the competition. med&com’s studies on companies’ advertising investments in the country certainly increased this competitive pressure.

All this education work took time and had a cost; “we spent three to four years not paying ourselves,” explains Lounès.

The second big challenge the company was faced with was putting together a talented team. Since no one was trained in online advertising in the country, the two cofounders had to recruit graduates and develop them themselves. 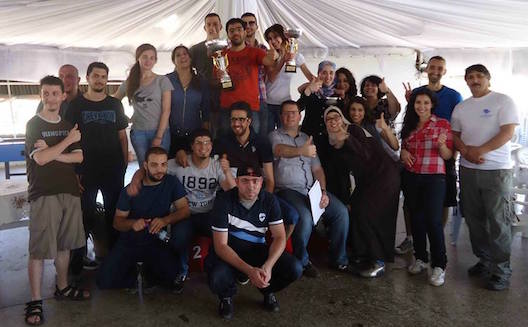 At a med&com team-building event

This worked well, maybe too well. Starting in 2010, the 360° agencies (agencies that do the full spectrum of print, digital, TV, and radio advertising) started doing online advertising as well, and found themselves confronted with the same problem: graduates are not trained to online advertising. Many of them decided to poach the ones that were already trained: med&com’s employees.

To stop such a brain drain, there’s only one solution, Lounès believes: “you have to create a corporate culture based on passion.”

Changing with the market

The success of med&com led the market to evolve, which forced the company to evolve itself. “2015 will be a year of reinvestment, restructuring, and new beginnings for some activities,” shares the entrepreneur.

As the 360° agencies started adding digital activities, it started making less sense for advertisers to go to digital-only agencies. The first Algerian web player now has to turn into a 360° agency itself.

The company is also going to separate its agency and agency works to avoid conflict of interests. Starting in March, the different activities of the company, network, agency, edition, will be separated.

This move will also help boost the editorial arm of the company. In 2015, the remaining two websites, N’TIC and women’s media site Algéri’elle will undergo a hiring plan and a change of revenue model.

Today, after eight years of education, “Algeria is still behind compared to neighboring countries, be it regarding advertisers’ expertise or market shares,” Lounès explains. He notes that the share of digital advertising in Algeria barely reaches 2.5% of the total advertising budget; in the rest of the world, this figure is as high as 20%, and in Morocco it’s 5%. And yet, as the effect of the “black decade” fades away, the gap is reducing. “The future is promising for Algeria, we can hope two to three growth rates in the coming year.”