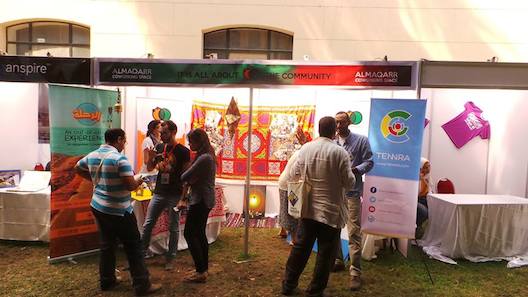 UK citizen and former financial analyst Emily Renny is a cofounder of the gamified crowdfunding platform Tennra, and has lived in Egypt for two years. Renny says being a foreign cofounder in Egypt has created specific benefits for her startup, but she’s also keenly aware of the legal problems it may attract.

She says one key advantage was being able to easily register Tennra as a company in the UK using her British address. Registration cost £15 GBP and took 15 minutes, compared with what the startup had been quoted to set up in Delaware, a location where many Egyptian startups register. There, fees started at a flat $250, rose to $400 if they wanted the certified documents posted outside the US, and required an ongoing yearly $300 franchise tax.

However, among the disadvantages are last year’s changes to the Penal Code, an issue Renny is highly aware of. The amendments ban the receipt of money for any activities considered harmful to Egypt’s national interests, and create harsher punishments. The vague wording has already created fears that local human rights groups and journalists who are paid by foreign outlets could be targeted.

Although it’s unlikely that entrepreneurs such as Renny will be caught in the expanded legal net, several foreigners involved with Egyptian startups have told Wamda it’s something they’re keeping an eye on.

“I’m a little bit concerned about how we will be perceived,” Renny told Wamda. “I’m more aware of the potential risks and drawbacks in general. Living in Egypt I’m very well received… but there is enough hype in the media, with anti-foreigner rhetoric, that it’s something I’m aware of and think about.”

“Up until now we’ve had no problems having a foreigner, and personally I think what’s more important is that skills of the individuals involved that the nationality.” 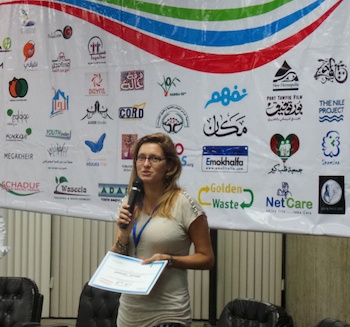 Language is one issue that frustrates Renny, when she is not as fully engaged as she’d like to be in meetings held in Arabic, yet it is a key advantage for Tennra to have a native English speaker on board.

“I speak Arabic well enough to do meetings in Arabic, and I do use it a lot,” she says, thanks to a degree in Arabic and further study in Egypt. Moreover, having a native English speaker in the company has already paid off financially too, as Renny was able to write the online terms and conditions herself by culling pages from similar sites, saving on lawyer fees.

“Probably the single biggest benefit of having a foreigner, more specifically one with English as a mother tongue, is writing proposals, competition applications, business plans,” she says, as being able to convey the business idea is sometimes as important as having a good model to start with.

There are practical limitations that any Egyptian startup that includes a foreign founder must deal with, but lawyer Amir Marghany, who is acting for Tennra, says the key is structuring the business properly so any unique aspects, such as having a foreign founder, aren’t a problem.

Hayk Hakobyan, an Armenian national and one of three cofounders of social carpooling app KarTag, gave his experience in a public online message of the logisitical necessities of being a foreigner involved in an Egyptian startup.

“Speaking from an experience of having gone through incorporation of a startup company with both Egyptian and foreign (me) owners in Egypt. You can and may incorporate with mixed ownership, not much difference in terms of time/resources,” he said. The only real difference in setting up the company is that all of the new directors must give power of attorney to their lawyer to incorporate the company, and at least one director must be an Egyptian national.

The next step is for the lawyer to arrange a security clearance for the foreign founder. Some nationalities, such as Chinese or anyone from former Soviet republics, must receive that clearance before entering the country.

“Unfortunately, as far as I know at least, you being a partner in a limited company gives you no right to claim a visa,” Hakobyan said.

The visa issue has been one of Renny’s biggest logistical nightmares so far. It’s very difficult to receive visas for longer than three months so judging the perfect time to visit the Notary Public offices to organize power of attorney with the right amount of time left on a visa is a juggling act. 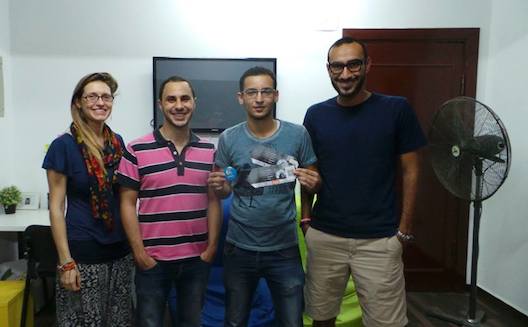