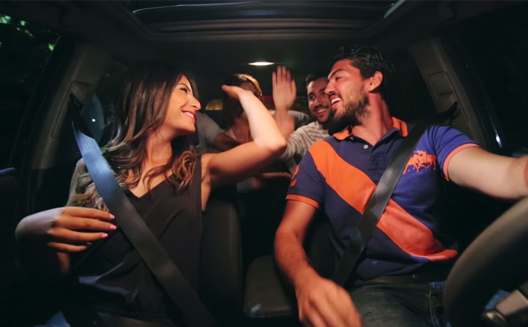 Transportation issues have always been a source of inspiration when it comes to Arab tech entrepreneurs searching for problems to tackle.

At a time when few can afford a car, and public transport is still far from efficient, moving around in most Arab countries can be a real hassle. However, the launch of successful transportation services in Europe are already helping some to move with more freedom.

In the last few years, the MENA region has seen taxi and private driver apps flourish, from Egypt to Saudi, and the UAE, plus services like private shuttles, boat-taxis, and carpooling in Egypt.

Now Moroccans are joining in and here are the startups that might change the face of transportation in Morocco in 2015.

Carpooling, sharing a car trip with others to reduce the costs, as well as time spent behind the wheel, is meeting with phenomenal success in Europe, so huge in fact that Blablacar recently raised €100 million. So it was only a matter of time before a Moroccan startup tried its teeth on this one. One catch though: paying an unlicensed driver in Morocco is illegal.

The team behind Carpooli, a service launched in September 2014, opted for a contribution model. Step one: the driver shares his free seats with the community, step two: passengers pay their share of the trip online, step three: Carpooli gives part of the contribution to the driver in the form of fuel credit for a Total station. This system enables the driver to be paid without getting any money, explains cofounder Mohamed Berrada Sounni to Wamda. 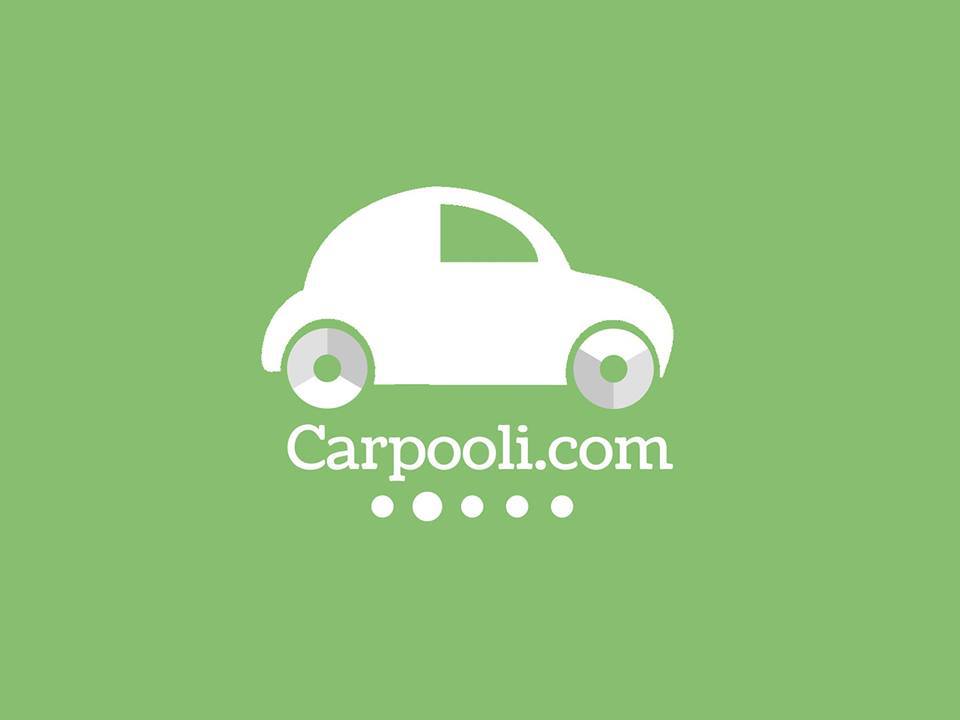 Still, the main challenge is elsewhere. “Moroccans have always been reluctant towards car-sharing” says Berrada Sounni. That’s why the entrepreneur opted for a strategy à la Facebook, opening the service only to Al Akhawayn University students at first. Once successful there, the service will be launched within other communities.

According to the cofounder, the service, which is in stand-by for a few more weeks, has over 500 users at Al Akhawayn University.

As we explained last month, 2015 is going to be the year of taxi apps in Morocco, a sector that could really be a huge market, and one that apps like Taxiii and iTaxi, two startups that launched this year with an African approach, are already hoping to tap. 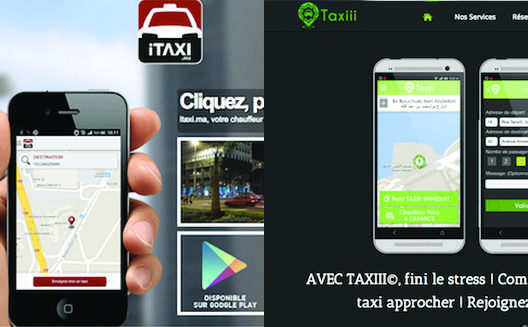 One month on and there is already a new player. Votrechauffeur.ma wants to focus on private cars. Their drivers cover inner cities trips, airport shuttles, inter-city transfers, and touristic trips. For now, they only have mini-vans departing from Casablanca, but economy and premium cars are also in the pipeline.

Offering car rental by the hour

Like the now famous Zipcar in the U.S. and AutoLib in France, Carmine wants to let Moroccans rent cars by the hour, 24/7, in Casablanca, and when it comes to the technical, administrative and communication aspects, this is a very ambitious project.

Targeting young people who can’t afford having a car, Carmine’s founder Mohammed Mrani Alaoui told Wamda, that owning a car in Morocco costs on average 7,000 dirhams, i.e. $700 USD per month, which covers leasing, insurance, taxes, parking, and depreciation. The service is also catering to people who only need a car from time to time. 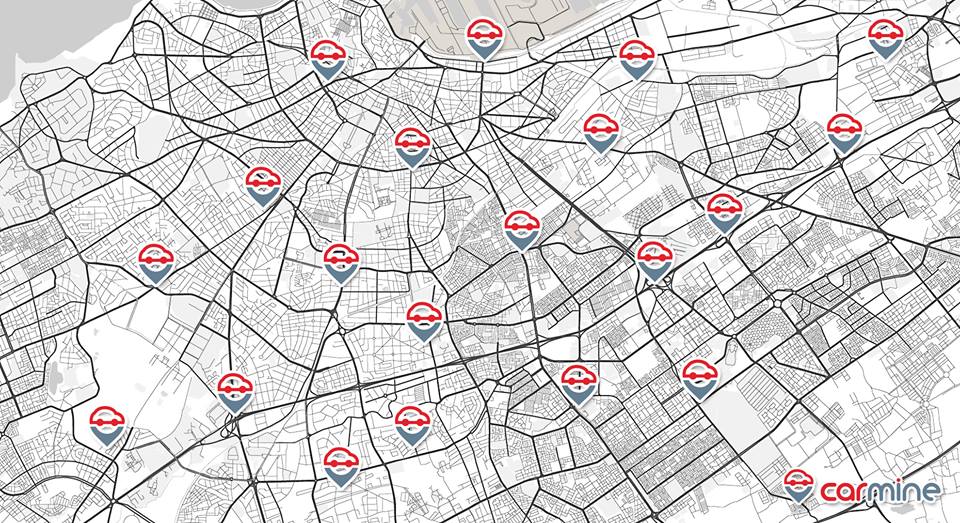 Like most of the services mentioned above, Carmine’s software was built by an international subcontractor, and self-funded. The service will be launched on March 2, and will be the first of its kind in the MENA region.

While most services tackle urban trips,  Loue1Voiture is hoping to make renting a car for the day, to leave cities, or go on longer trips, easier.

The founder Nour Drissi has focused for now on Book1car, a platform that lets Moroccans book cars abroad. This broking service, launched in February 2014, has been developed thanks to a partnership with global booking engine Cartrawler, that did not include Morocco.

In May, the entrepreneur will launch the national version of Book1car, called Loue1voiture (a literal translation of the name into French), in the hope of promoting and giving more visibility to independent and local rental agencies in Morocco. This service will let Moroccans rent from affordable and hand-picked agencies, and will make foreign intermediaries redundant. 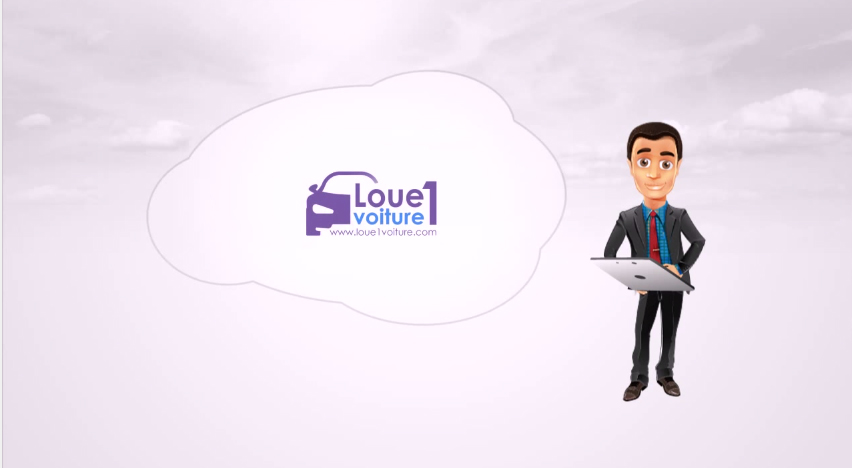 The project received lots of attenton in the regional web scene – they won the MIT Enterprise Forum Arab Startup Competition’s first prize for the Ideas track, and She Leads Africa’s second prize - something that helped the company with some of its challenges. “We partially solved the problem of funding thanks to the international competitions Loue1voiture won, the technical challenge that long delayed the development of the platform has been solved thanks to a partnership with Microsoft, and the media attention has piqued potential investors’ interest.”

If those projects reach their goal, Moroccans could finally move around Morocco with more freedom. But to get there, entrepreneurs will need to overcome many hurdles: bypassing strict laws surrounding transportation services, finding great insurance, softening users’ resistance to change, creating trust, and in some cases reaching a critical mass of users.  Good luck!