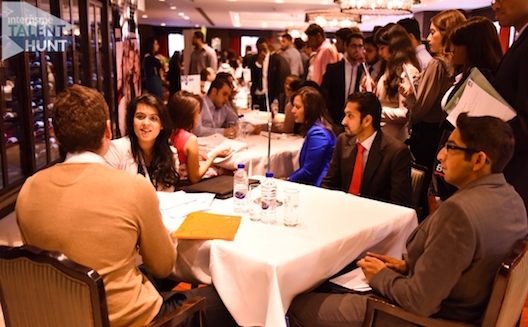 “Every company should open its doors to fresh blood and young talent like interns or trainees (interns that later become full-timers), leaving behind the archaic thought that ‘experience is the most important thing’,” says InternsME founder Jean-Michel Gauthier when asked why his startup matters.

Hiring interns versus employees can be a smart financial alternative for startups. In the UAE, Gauthier says, companies are required to invest upfront, paying government tax, insurance, visa fees if necessary that can add up to AED 10,000 (2,730 USD) per employee. “This is a high risk for SMEs and startups; such a high amount per employee can make or break a company,” the entrepreneur says. Hiring interns bypasses these expenses.

For interns, doing temporary work at startups or companies can provide great experience, whether they’re starting out in the working world, or transitioning to a new field. But many are insecure about devoting their free labor to a company when it’s far from certain they’ll be given a paid position at the end of the internship. InternsME hopes to change this by paying more attention to the matching process between interns and companies, so more interns are offered jobs when their internship periods are over. “We don’t advocate for companies to only bring in interns or fresh grads, but also to attract the right talent and profiles they are seeking,” explains Gauthier.

InternsME is picky when it comes to accepting profiles on their site. Now receiving between 50-100 new candidates every day the team speaks directly to every candidate added to the site to make sure they are a good fit, and to get to know their personality and interests. “People think that once they registered they become just another CV, but it is very important to us to prove that we actually care. We know this is a massive time investment [for both the InternsME team and the interns] but we know it works,” says Gauthier.

The startup relies on career fairs, maintaining a strong presence on university campuses, and organizing its own events to attract quality interns. The Talent Hunt, one of the first events the team organized, was an unexpected success. A hybrid model of a career fair and a speed-dating event, the event allowed job candidates to sit with decision makers at companies and pitch themselves. The event gave employers, who usually recruit online, the chance to meet potential hires face to face. More, similar, events are in the works, says Gauthier.

The event was initially open to a select group of only 240 graduates, and 15 employers, and ended up having 400+. “Candidates had the chance to sit with Sephora, intel, Elevision, Shopgo and Wamda recruiters, which was what we usually do online and took to an offline model,” says Gauthier, adding that they will definitely organise more of this event, bigger and better organised. 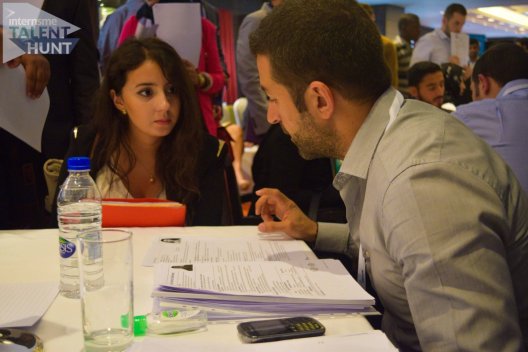 Keeping in mind CSR parameters, the company has decided not to require payment from the candidates because “we work for them and to help them,” as Gauthier puts it. The companies seeking job candidates are the ones who pay for the services. Wanting to differentiate itself from other job sites, InternsME operates on a partnership model; companies subscribe to become a member of the network. Each company gets assigned an account manager, and the team adds a personal touch to the relationship.

What can employers do to attract – and retain – the right talent?

If you’re not ready to employ InternsME, Gauthier offers some steps you can take to attract better candidates.

1. Post a great job description. It’s not just about the salary; you need to speak to the demographic you’re trying to attract. You have to inspire and sell your vision to attract young talent. Answer this question: Why should they come work with you? Use motivations such as the fact that they can move from interns to trainees to full time team members.

“We saw a Dubai based startup [post a great job description]; they had a phenomenal response, with 250 applicants for a business development internship. A multinational, on the other hand, posted a relatively poor description and got less than half the volume of applicants,” says Gauthier.

2. Draw career trajectories for existing team members. A lot of companies are guilty of not thinking of their employees and projects in the long run. Have a plan of where each person will grow into in the next three, six, 12 months. Only by thinking about this early on can you push people to grow and become happy about their current and future positions.

3. It’s OK to hire interns to do short term assignments.  As long as you can represent an opportunity as a win-win, it is perfectly acceptable to hire someone for a short period of time, as long as you are open, transparent, and make it worth their time. Summer internships, for instance, can be a great way for university students to get work experience.

The team is currently targeting primarily for-profit companies of any size, and they’re also reviewing the pricing model to make sure it suits a wide variety of companies.

The immediate objective of InternsME is to get fresh UAE-based talent into UAE-based companies, and broader MENA-based talent into MENA companies. Once this is met, the team wants to begin cross-pollinating the UAE and broader MENA talent pools. “Every market is cultivating different talent, and right now there is no easy system for cross border internship,” says Gauthier.

So far InternsME has over 250 partnerships with companies all from the UAE, and 20,000 active internship candidates, of which 80% are from the UAE.

Recently, the company partnered with STEP, a regional entrepreneurial conference taking place in March. InternsME will select and manage 50 interns to run the event. “We’ll also be participating in the startup base camp, pitch competition, presenting on the topic of talent in startups, and have an InternsME ‘hang-out’ tent in the venue,” shares Gauthier.

The team also struck a similar agreement with DMCC for their upcoming career fair on February 12th. InternsME will be sponsoring the event alongside Bayt, and will promote it to its database of students and fresh graduates.

“January was an amazing month for us and we’re now about eight weeks away from launching our new site. Fingers crossed."