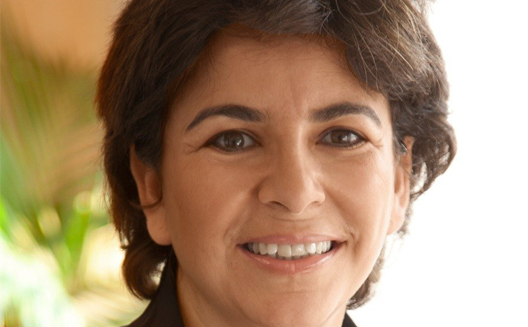 If you live in Egypt, you’re probably familiar with the Rotato potato chips brand and its growth in popularity over the years. Despite its fierce competitor Chipsy's dominance of the market, Rotato chips managed to snap 15% share of the market in under 8 months from its launch. Equally significant is the story of Randa Abdou, the resourceful marketing executive who engineered the brand’s rise.

It is immediately obvious that Abdou is energetic and brimming with confidence as CEO and chief strategist for Creative Lab Group, Egypt’s first marketing consultancy. Less obvious from afar but equally important is her independent spirit and willingness to take risks.

Abdou’s career began at Americana Advertising, before signing on with Procter & Gamble Egypt as Market Research Planning Manager and later taking on the position of Brand Manager with PepsiCo Foods just as the company was expanding into the Egyptian market. Though her career with PepsiCo assured (“I was rated Very High Potential; only 5% of employees get that rating and I accelerated very fast,” she said, and when she left she was Marketing Manager), she struck out on her own when very few others were doing so.

She founded Marketing Mix Consultancy in 1996. It was Egypt’s first marketing firm that focused on fast moving consumer goods (FMCG).

“I wanted to be on the small guy’s side,” Abdou recalled. “These local companies have the technical know-how. They have distributional sales force. What they are really missing is marketing, which is building their brands.”

Marketing was an afterthought for Egyptian companies in the mid-nineties, and business was “more or less sales-driven,” Abdou noted.

Still, her passion for marketing pushed Abdou to offer feedback and friendly advice on promotions and campaigns she would see around her. And when a particular acquaintance heard that she had left her job at PepsiCo, he quickly jumped on the opportunity to work with her.

Abdou’s knack for spotting and attracting talent extended to the relationships she built with her clients.

“When I met one of my first clients, he didn’t know what I was offering, so I offered multinational level services to him and we ended up working together for 18 years even though our initial contract was for 3 months,” she said.

Not bad for a startup bootstrapping its way to success. Later on, she brought on two partners and in 2001 launched Creative Lab Advertising, which boasts an enviable roster of clients like Exxon Mobil, Barclays, Allianz, Frito Lay (Chipsy), TE Data, Telecom Egypt, and more. She also created ICE Branding in 2009 and the social and non-profit marketing initiative Change4Good in 2011.

Whether entrepreneurs are born or made may never be known, but Abdou’s entrepreneurial spirit was forged at an early age. She is an only child, and her father, a university professor, writer, publisher and historian, was a strong role model. And though she wasn’t deprived of anything, she was inculcated at an early age with the idea of working for something.

She recalls the time she asked for a motorbike to get around on. She was 10 years old at the time, and when she woke up the next morning, there was a donkey waiting for her outside the family’s vacation home.

“Whatever I asked for, I didn’t really get except for when I worked for it,” she said. “My parents said, ‘you wanted something to move around with, here, you have it.’ I started going around and renting the donkey. This shaped how I grew up - nothing came easy to me.”

(And if you’re wondering, at this point, whether only children are more naturally inclined towards entrepreneurship, here’s an interesting debate on Quora you should check out.) 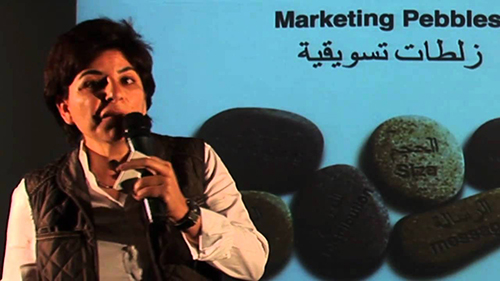 Randa Abdou speaking about Impact at Endeavor Egypt's "How I See It: Experiences Shared" event celebrating Global Entrepreneurship Week in 2010.

We chatted with Randa Abdou about some of the lessons she learned throughout her career as a corporate executive and entrepreneur.

Wamda: Starting up early on: what were the difficulties then? How did you overcome them?

Randa Abdo: I used to give a lot of advice in the first meeting then I learned that clients go and implement it and don’t hire us. I learned the lesson the hard way:keep the advice until you sign. The difficulties were mostly tied to leaving a secure job and getting into something you don’t know. I was confident but what made it tougher was that I was approached by several companies like McDonald’s, PepsiCo even in Turkey with appealing offers while I was venturing on this unknown “thing.” It made it tougher because people knew I had these different opportunities and I remember sitting on my bed and telling my mom PepsiCo would be the last company I would work for. I wanted to do marketing.

I’ve always believed that you need to have some practical experience before starting your business. It shortens the distance because you learn something new every day: if you’re lucky enough somebody will teach you and if you’re making a mistake you’re not making a mistake with your own money. At the end of the day you are building a CV, you are working for yourself; you are your own boss. If everybody did that, we would find a lot of improvement in the workforce.

Wamda: What values do you live by?

Abdo: It’s a tough question and I’d say one of the key things for my partners and I is the culture of doing things to achieve mutual success [for company and clients]. If we believe that we are not achieving that success, we don’t work on the project.

I’m seeing a lot of short-term games [strategies] that don’t really help the brand and only result in short-term success. If we go with a big vision and see obstacles being put in our way, we pull out because we’re not getting anywhere. We have a reputation to save.

Wamda: What was the hardest point in your career? How did you keep your team motivated and giving their best?

Abdo: When we were working with Chipsy, we were working with a lot of emotions and focusing our time and efforts on it. It was our biggest account. When Chipsy was sold to PepsiCo, it was a heartbreaking moment for us; we were very much emotionally tied to the brand and depending on it financially. Lesson learned: don’t put all your eggs in one basket. We also kept each business separate instead of operating as one business with multiple services. It was better for the business in case there is a hit on one of them, the other ones would be safe. And this is exactly what happened: the economy went up and down and there was different demand for the varied services. Then came a fourth opportunity, which is social marketing with Change4Good. My advice is that if there is an opportunity and one believes they can deliver and fill the need, they need to capture this opportunity, provided the team has the right focus. Don’t make the mistake of spreading too thin - you need to have the right people in the right place.

Wamda: So how do you find the talent?

Abdo: I discovered the talent. I’m happy you asked because several people we hired for specific functions then left for different functions. You need to have an open eye to talent - I was in a meeting with everyone and brought them a big box and told them that they are each a treasure. You will find yourself doing things that you weren’t doing before and we believe you have the talent needed for doing the new things you will be assigned. Attitude comes first, and I look for people who work well in teams, who are achievers but are humble at the same time. And I also look for people who are strong enough not to focus on what is happening around them but to be able to make the change themselves.

Wamda: How did you learn to say no to projects? How is that important?

Abdo: It’s very important because if you say yes to everything, you end up failing. Don’t go and intentionally fail. You need to always follow your gut feeling. One thing I learned in my life at 21, I was sitting with a therapist who asked me to imagine myself in the middle of a square and imagine two streets ahead of me and picture where each would lead me and then I’d be able to make a decision. And I do that all the time.

Wamda: I saw you hired seniors from multinationals. How were you able to do that, as a startup?

Abdo: They came to us because there are limitations at those multinationals; maybe they have more systems, and not every character fits with multinationals. I didn’t, so I understand that others wouldn’t. Most things are preset there so they found a local company that was growing and probably heard good things about us. We are willing to invest in these people. Whenever there is a workshop that we can send people to, we do. With our senior talent, we have certain agreements that aren’t limited to salaries but also include percentages on different accounts or equity.

Wamda: Entrepreneurship in Egypt - what would you like to see? What stories are you the most proud of? If new entrepreneurs need support, how can seasoned entrepreneurs such as yourself help?

Abdo: I see it buzzing with entrepreneurs and entrepreneurship. I’m happy with this mood going around and I see a lot of very interesting ideas and a lot of people who really want to do something. I just hope that they have the right support and the right knowledge. I like what I’m seeing. We didn’t have this at all back then. We were all solo players. Now it’s getting a lot of support and focus. I would really stress on the knowledge part: if they jump in without the right knowledge [it will be a] longer road. I’m proud of stories like that of Azza Fahmi, Crave restaurants, and Diwan.

Abdou is an active mentor in Venture Corps Endeavor Egypt, and was recognized in 2007 by the Ministry of Investment for her positive contribution to the Egyptian Economy. One thing I will retain from our chat is her contagious positive energy.