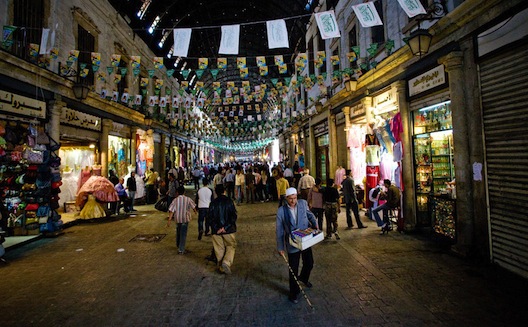 The tech ecosystem is booming in the MENA, we keep hearing. More investments were made in regional startups last year than ever before, more MENA-based entrepreneurs are making big time partnerships with multinational corporates all over the world, and more and more young people are seeing entrepreneurship as viable way to earn a livelihood in a region stricken with unemployment, corruption, and resistance to change.

But the good news doesn’t extend to every corner of the Arab world. Syria’s nearly four-year long civil war has, among other, more newsworthy tragedies, ground the country’s formerly vibrant tech scene to a skidding halt. “80% of medium-to-advanced level Syrian developers have left the country,” says Shopgo founder Moe Ghashim; this is a statistic also cited by Mohammed Habach, the editor-in-chief of Arabic language tech news site Tech-WD, who has worked from his home in Aleppo since the conflict began. “There’s no place for tech in today’s Syria,” adds Ghaith Akkad, cofounder of Picasso Interactive, a Dubai-based interactive and digital communication agency.

This is the first in a two-part series (read Part II here) on how the ongoing conflict has impacted the livelihoods of Syrian entrepreneurs, developers, and startup employees. This first piece will examine how members of the tech community who remain in the country are dealing with the challenges of war; later this week, another piece will explore how the war has impacted diaspora Syrians working in the regional tech ecosystem.

Despite the exodus of entrepreneurs and startup employees (in addition to nearly everyone else), and the gloomy outlook of many involved in the regional tech scene, some stalwart entrepreneurs and startup employees not only remain in Syria, but have kept working on their various projects despite existential challenges to their livelihoods and lives. Their creative, community-oriented methods of coping are an inspiring reminder of what people can accomplish, even against serious odds, through sheer force of will.

Power to the people

For many white-collar workers remaining in Syria, to even be able to focus on work requires an effort to rise above the various “distractions,” as Habach puts it, that they face at any given time. Put another way, when your city is being bombed, says Abedalmohimen Alagha, founder of web platform manager Hsoub (whose chief operating officer and five employees are based in Damascus), the last thing you’re worried about is your internet access.

But when they do have the time and energy to work, the main hindrance to productivity, by many accounts, has been the ever-decreasing availability of electricity. Late last year, Chinese researchers found, comparing images captured by satellites in March 2011 and in February 2014, that Syria was shining a quarter as bright in 2014 as it was in 2011. 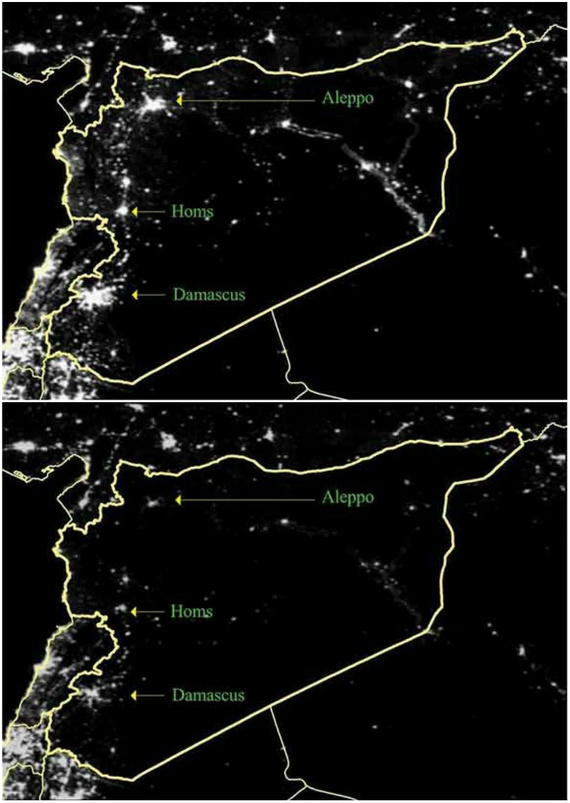 “The first year of the conflict,” says Habach, who has been based in Aleppo since the war began, “we had four or six hours of electricity per day; when it went out we would go for a walk or read pre-loaded web pages. The next year, it was very normal to have no electricity for one week, so we started developing alternatives that would allow us to continue working. Now, every neighborhood has a community generator; everyone pays a little to keep it going.”

Using the generators, which generally cost between $400 and $2000 and run on gasoline or diesel, families charge 12-volt batteries (generally used for automobiles), on which they can run internet routers, computers, televisions, or lights. “Power inverters can raise the voltage of the battery so you can use it to turn on bigger devices,” says Habach, like refrigerators.

“These small 12-volt batteries are our own personal ministries of electricity,” Habach laughs. “It’s a complicated system we have,” to generate power enough to get work done, “and it’s still developing.”

The other main problem facing both tech workers inside Syria, as well as those who employ them, is the issue of payment. The rapid destabilization of the Syrian pound against the USD (depicted at right) – exchange rates went from 47 SYP per USD in March 2011 to over 200 SYP per USD in June 2013, and over 300 SYP in some places, according to Habach – meant that employees would get less for their work, even as salaries were adjusted for inflation. But then, three to four months ago in Aleppo, even Western Union suspended its services, leaving few options left to people trying to do business. “So you turn to unofficial avenues,” says the editor.

Getting paid isn’t a problem that came with the civil war though; pre-war US sanctions had made things difficult for years. The United States’ 2011 economic sanctions against Bashar al-Assad’s regime, says Shopgo’s Moe Ghashim, “prevented my clients [in the US] from transferring money to me,” and played an integral role in his decision to take his business to Jordan. “I noticed then that things are turning against business in Syria, and I wanted to make sure I was doing something sustainable rather than taking an unnecessary risk.” (Shopgo has since received nearly $1 million from MENA Venture Investments.)

With the war, those who couldn’t – or wouldn’t – leave turned to creative (read: extra-legal) methods of exchanging money. Some have opened bank accounts in neighboring Lebanon, others use VPN proxies to get around the PayPal restrictions.

Still others depend on third parties in Lebanon or other neighboring countries to receive the money, cross the border with it, and deliver it. Hsoub’s Alagha is lucky: he has Lebanese employees that he can trust to deliver Syrian employees’ salaries intact. Others must depend on coyotes – smuggling specialists operating along fraught borders – to deliver the money. “This,” states Habach, “exposes you to fraud.”

Despite the challenges facing Syria’s remaining entrepreneurs and tech workers, “it’s still a dynamic environment,” Ghashim insists. “The Syrian entrepreneurs I know who remain there have been able to create business for themselves in the world.”

Alagha is quick to jump to his Syrian employees’ defense when asked how the conflict has impacted their work. While he admits that their productivity has decreased, “people there are still outperforming their colleagues in other countries… it surprises me that these employees are still performing as well as they are.”

As for Habach, he has no plans to leave, although he would relish the opportunity to focus on his work uninterrupted by the distractions war brings. For him, though, the process of leaving – which would entail getting a passport, which itself requires military service, in addition to making it through “nightmarish” government checkpoints – would take more effort than continuing his daily grind, using improvised power sources and NGO food rations.

“Not having money is now the Syrian experience,” he shrugs. “People are used to it.”