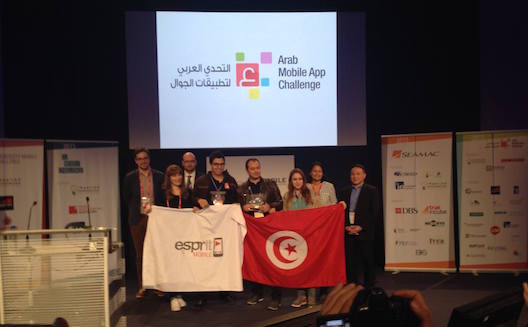 What would you rather win $25,000 to further develop your app, or a ticket to pitch your app at Barcelona’s Mobile World Congress?

These were the options given to app developers participating in the Arab Mobile App Challenge, held in collaboration with the World Congress. For its second edition, the competition awarded four teams a financial prize and gave seven a ticket to Barcelona.

When the Arab Mobile App Challenge (AMAC) debuted in 2014 it covered just five countries. This year, the contest was open to all pan-Arabic countries, allowing 20 countries to be represented at the regional finals in Dubai in January.

The competition, a social non-profit program aiming to educate Arab youth on entrepreneurship, to enhance their employability, and to transform their ideas into viable businesses, is structured around an acceleration phase in which entrepreneurs learn about lean startup methodology, and get mentored, either online or at events organized throughout the region.

Contest criteria were deliberately flexible. “Apps could be at the idea, prototype or more advanced stage,” explained operation manager Marc Tanas. The only requirements were the app had to be presented by a team of two to six members, all over the age of 18. The project should also not have more than $100,000 of seed investment. “Being a team makes a difference” Tanas noted, “because eventually you’re trying to create a startup and no one can handle everything. Each member of the team comes in as a different addition to developing that startup.” 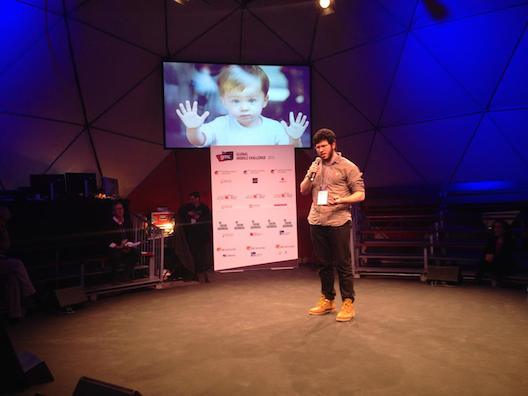 In total, 700 teams applied, and 22 were shortlisted to the regional finals. Teams were selected based on the problems they’re trying to solve, their business models, and the app itself.

Each country had its specificities. “In North Africa, we had lots of education and health apps, in other countries we had more gaming apps,” Tanas said. While all participants showed great enthusiasm, some countries stood out. Algeria and Tunisia for example both brought in over 115 applicants, while the other three most active countries, Jordan, Egypt, and Lebanon, only counted around 80 participants. “In Algeria and Tunisia, there is more eagerness, more passion.”

The competition rewarded the teams either with a financial prize or a ticket to Barcelona’s Mobile World Congress (MWC), the biggest conference dedicated to the mobile industry.

Taking first place was the Egyptian/Kuwaiti app Snowball, winning $25,000. Their programming interface, and hardware kit enables kids and non-tech people to invent technology. The second prize of $10,000 went to Algerian startup Supermama, an app aiming to strengthen the link between a mother and its child, the third to Mimix, a Jordanian app that translates speech and text to sign language; and a Pearson education award went to Learn with teacher May, a Saudi app to help in the education of those with special needs.

Seven other teams were selected to continue competing in Barcelona for the global finale of the competition, during which all the chapters met. There was, however, no financial prize at stake. “The award is being [at the MWC], it’s the networking, and the engagement,” said Tanas. And startups seemed to agree.

“I met with seasoned entrepreneurs and got feedback about my strategy and the status of my company. It was invaluable,” argued notification platform Hadzup’s Rami Hajjar. He met with Dubai-based accelerators In5, which then selected them for their upcoming program.

“We had excellent feedback from the judges and one of them helped us find an investor and development team,” said an enthusiastic Kevin Waller of Messo. “We wouldn't be live if it weren't for the AMAC competition.”

For others another great result of joining the WMC was the visibility. “Attending MWC and the 4YFN event gave us the opportunity to introduce our app to an international audience,” said Ibrahim Osta from Tarteel, an app to help people learn the Quran.

As for the winner of the finale in Barcelona, Tunisian 3D gaming app ‘Hero from the past’, they now get the opportunity to meet with potential customers and investors, they even had a meeting with the Finnish game developers responsible for Angry Birds, Rovio Games. Cofounder Khaled Jemni say that now they should be launching pretty soon.