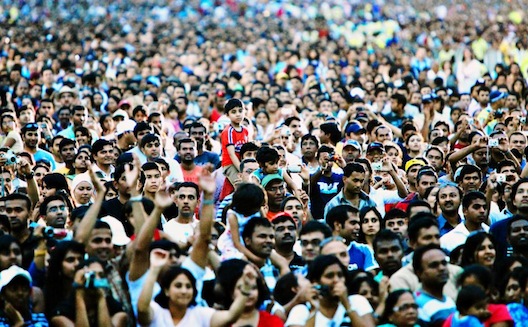 Rafat Abushaban, a business development specialist from Gaza, was first introduced to crowdfunding in 2011 when someone told him to check out a website called Kickstarter. He explored the platform and his interest was quickly piqued.

“I was amazed, astonished even, by the amount of funding that went to projects from all around the world. I thought this is really something unique and could potentially be very useful, especially in cases when people aren’t easily able to travel and meet large-scale investors, such as here in Palestine and other parts of the Arab world.”

“The more interested I became in crowdfunding, the more I witnessed its rise. Nowadays I’ve mostly stopped hearing people speaking about getting venture capital and angel investor funding and people are now saying I raised three, four, five million on Kickstarter. It’s the new hot topic.”

He soon developed a Crowdfunding 101 course, which he delivered to students at five universities and institutions in Gaza, and began working on a research paper that analyzed the region’s crowdfunding environment.

In his paper, titled Crowdfunding as a Catapult for Innovation in the Middle East: Obstacles and Possibilities (paywall), Abushaban collected quantitative and qualitative data on 255 MENA-based campaigns from three platforms serving the region: Indiegogo, Zoomaal, and Eureeca. For comparison, he collected the same data on 419 Indiegogo campaigns from countries outside of the region.

The paper was selected for presentation at the 2014 Global Humanitarian Technology Conference in Silicon Valley last October. Although Abushaban was unable to attend due to border closures resulting from the conflict in Gaza last summer, he was able to prerecord a presentation on YouTube that was played for the audience, with which he interacted live via Twitter.

Here is a breakdown of some of his major findings from the study’s sample of campaigns, all of which concluded between May 2010 and May 2014:

Data was collected from a nine developed and developing countries, forming a global sample with two countries from the following: North America, Latin America, Europe, East and South Asia, plus Australia.