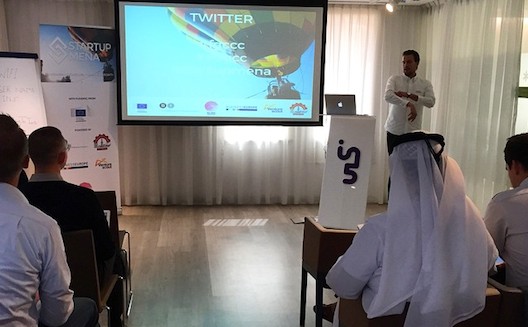 More than 60 Dubai-based entrepreneurs applied but only 10 had the chance to take part in the third edition of the GCC Pitch Challenge. Held at the In5 innovation center it was finally two entrepreneurs who won after a long day of pitching and mentoring.

The winners were shopshopme.com, a sort of directory for retails stores in the  UAE, and Bridg a smartphone payment platform targeting emerging markets.

Shopshopme.com, who, according to their founder Mustafa Mahmoud, hopes to become the Google for retail in the UAE is a website striving to democtratize the online shopping experience. People will often visit a number of sites first, namely Souq.com, followed by Namshi, MarkaVIP, and even JadoPado, to compare, but this site is hoping to rid the consumer of the time spent on this and allow users to find a product in just one search.

Bridg’s founder Moussa Beidas, explained that the application is an innovative platform that allows direct interaction between consumers and sellers using Bluetooth technology. The app is not on the market yet; however, it will be taking part in The Next Web in Amsterdam next month.

The event is characterized by its program which starts with five-minute pitches by startups with time for questions and answers. The participating mentors are then divided into groups whereby each entrepreneur sits with each of the groups for 15 minutes, during which they ask and answer questions in an “everyone-is-a-winner” ambiance where everyone leaves with tips and instructions. Many of the participants believed that the sessions with the different mentors was an opportunity to receive tips and get different points of view. Mentors adopted 5 criteria to evaluate the startups: action plan, product or technology, scalability, team, and how much they’re willing to invest in them. 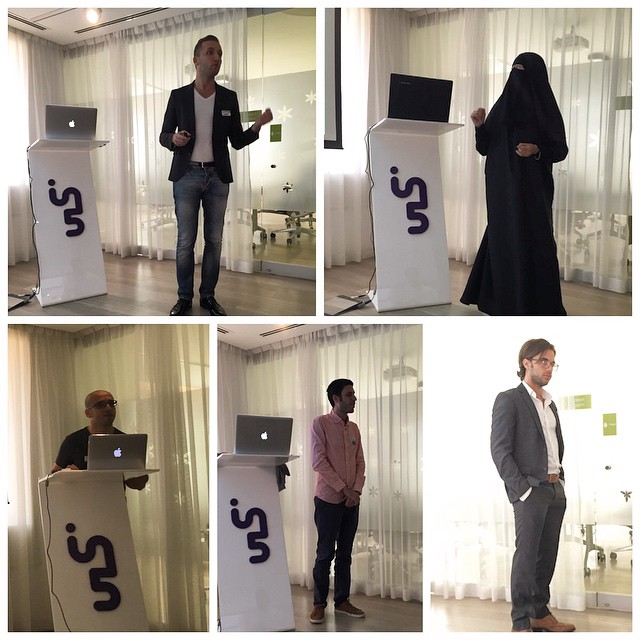 Jacob Kistorp, founder of Startup Mena, and cofounder of event organizers Venture Scout, said he couldn’t see much difference between the participants from the six countries, especially technically, and in terms of the action plan, because the pitching stage wasn’t over, rather it will be held in Qatar, KSA, and Oman. “We heard that there are a lot of companies and activities going on in Oman,” he told Wamda. “That’s why we will work on making it happen. But, in terms of startups’ maturity, UAE is no doubt ahead of everyone else, although KSA also has a large number of startups and lots of hopes.”

Kistorp explained that 12 winners from the six countries will be participating in the final event which will be held on April 29 in Abu Dhabi. “The winner will get 20,000 Euros, as well as a free ticket to participate in the Pioneers Festival in Vienna.” This is on top of other events, mentoring, camps, and workshops. He also explained that companies which participated in these events had met the following conditions: the team was made of no less than two people, the product or service was operational, the startup was based in the country where the challenge took place, and it needed a maximum 500,000 Euros in funding in the post-idea stage.

Kistorp noted that the selection of the startups at the various stages of the GCC Pitch Challenge falls under the first phase of Startup MENA's EU-GCC program for the enhancement of cooperation between startups and large corporations in the two regions. “We launched the program in September last year with a set of events that we will be holding throughout 2015 in order to attract more people, offer mentoring on entrepreneurship, and reduce false hopes.” He added that the Challenge had meant they could reach out to many entrepreneurs and raise awareness - all players, corporations and startups learning from one another.

On the difference between the European and Gulf ecosystems, Kistorp says: “It’s like comparing Silicon Valley with Europe. It’s impossible. But if we were to compare them in terms of maturity, we can say that some European cities such as Berlin and London are more mature than Dubai and other Gulf cities. However, things are improving in the GCC and I’m surprised by the number of startups and entrepreneurs and by the big passion for entrepreneurship in this region.”

The GCC Pitch Challenge is just a small part of the EU-GCC program which will be organizing more events throughout the year. Mediation events where 20 companies from the EU will be invited to Dubai to meet development stage companies in the GCC; a workshop titled Startup GCC in London, Berlin, Brussels, and Rome; plus sessions with mentors from all over Europe and the GCC.