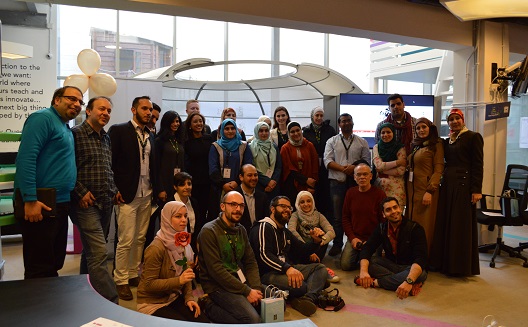 Disrupt! Books! aimed to create connections between content and storytelling startups and technological tools that could help them. Although many would think that technology and creativity exist at opposite ends of the spectrum, Monique Depport, Mideast Creatives’ Program Officer ICT and Media West Asia, thinks otherwise. “Technology and creativity are complementary to one another. Technology helps in creating ideas not only through the tools it offers, but also because you can reach to those interested in your idea. The internet is a collaborative space,” she says.

Similarly Project Pen’s cofounder Maisa al-Khudair believes that her initiative “draws its power from the internet; through the internet we connect to writers from different countries and receive their work.”

After getting introduced to influential speakers, and taking part in various workshops, and sessions, Disrupt! Books! participants had the opportunity to formulate their ideas and structure their plans. The 30 ideas were then pitched to a judging committee on the last day, and the best three were nominated. 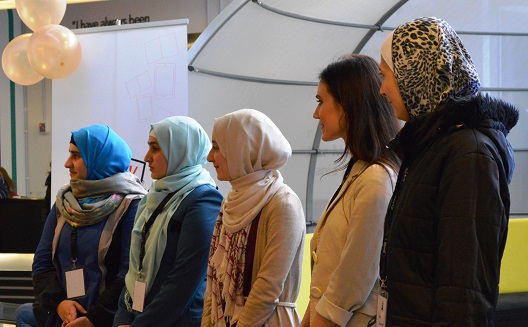 The ideas were varied in concept and channel. Some leaned towards publishing services and websites, while others were concerned with publishing content and apps. Some ideas revolved around caricature and illustration, others prioritized book trading websites and audio book libraries.

The first place prize of 2,000 Jordanian dinars (around $2,800 USD) and a publishing contract with Project Pen went to Hiba Aleiwat, who is planning to start her own instructive website that would help Arabophone writers through the complicated process of publishing their work.

The second prize which featured a publishing contract with Project Pen, went to two entrepreneurs: the first idea belongs to Rawan Bibars, who intends to use photography to fight autism. Sisters Fatima and Alnuha Sharro took home the other prize, with their recreation of Arabic folktales through Japanese Manga-style caricature and a modern twist.

Finally, as the third place winner, Diana Ishaqat received a membership with ZINC, the Amman incubator sponsored by Zain Jordan. Ishaqat wants to start her own editorial services website where Arab writers can get consultation, editing, and cover illustrations.

Disrupt! Books! is part of a bigger Disrupt event series which has been taking place in different Arab countries to encourage creative Arabic content. For example, Disrupt! Media! took place in Tunis with collaboration of coworking spaceCogite, while Egypt hosted Disrupt! Graphics! and Disrupt! Design! in collaboration withInnoventures. More Disrupt events will take place in Beirut next month and again in Tunis. 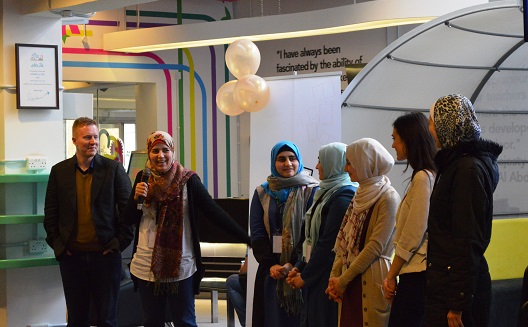 Project Pen founder John Lillywhite considers Disrupt! Books! a great idea because “digital is growing, there’s a younger generation that uses social media in Arabic and English, who are exploring content in new ways… Disrupt! Books! was about how we can create content that the young generation will enjoy.”

Indeed, the publishing sector is changing. The sector has witnessed a great shift from print publishing to electronic over the past couple of years. In 2011, the UK experienced a 366% jump in electronic book sales, and a PWC study predicts that in 2018 electronic sales will exceed print in the UK.

Even in the Middle East, electronic books are becoming more common. During the 57th edition of the Beirut Arab and International Book Fair, Lina Ksarr from Dar El-Shorouk Printing and Publishing noticed a sharp decline in print readers by 55% from the previous year. Many believe the main reason behind this change is that people are using e-books as an alternative.

Obviously the electronic margin for Arab readers and writers has been and still is widening due to many companies and platforms that have helped the sector flourish. Some examples are Neel wal Furat electronic library and its app Ikitab, Jamalon and Dar al-Kotob which are electronic bookstores with a delivery service, Yaqut app which offers free e-books, Kotob, Sibaway, e-kitab, Noon electronic library, and finally Raffy which is a social media site that allows Arab readers to share and review the books they love.