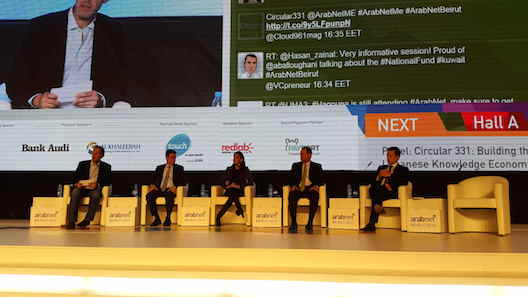 A Lebanon-based $71 million fund focusing on the Middle East and North Africa; plans for a Beirut chapter of the most successful accelerator network in the region; a Lebanese Central Bank circular that unlocks  $400 million for startups investment; and a joint British and Lebanese government initiative to create a tech hub in Beirut. It’s a grand sufficiency: never has there been so much money available to startups and entrepreneurs in the land of the cedars.

At least three major funds were announced or officially launched during this year's festivities. During the 5th ArabNet conference, held over three days this week in Beirut, Henri Asseily, partner in the Beirut- and Dubai-based Leap Ventures, announced that the VC’s $71 million fund was officially “ready for business.” Looking to invest in regional startups at the Series B stage, the firm will be putting between $3 and $7 million in up to three companies per year.

Other, Lebanon-specific funds are also in the works. Bassel Aoun, project manager of Lebanon’s iSME Fund, first announced in 2013, talked about the $30 million World Bank fund his company will be doling out, separate from the Kafalat initiative also administered by iSME. Walid Hanna of MEVP was also in attendance, to discuss his company’s $70 million IMPACT Fund in accordance with Lebanon’s Circular 331 scheme, through which Lebanese banks can more easily invest in startups.

Many entrepreneurs in attendance were hugely enthusiastic about the news, but not everyone. Here's attendee Raji Riachi on what he found to be the most useful insight from the day:

Arabnet also served as a venue to announce several new entrepreneur-friendly spaces, such as Flat6Labs new accelerator in Beirut (building on the strength of existing Flat6 accelerators in Cairo, Jeddah, and Abu Dhabi), and the establishment of a UK Tech Hub at Beirut Digital District (BDD), which will "create an open corridor exposing Lebanese to international markets and [help] establish the existing local ecosystem,” said Marianne Hoayek of the Lebanese Central Bank during the ‘Circular 331: Building the Lebanese Knowledge Economy’ panel.

Other panelists included former telecoms minister Nicolas Sehnaoui, Berytech CEO Maroun Chammas, Colm Reilly, the managing director of UKTI Investment Services, Marwan Kheireddine, the chairman of Al Mawarid Bank, who discussed their thoughts on the country’s forays into the future of a growing ecosystem. Reilly, who will be working to develop the UK Tech Hub, stated that in order for the ecosystem in Lebanon to develop, Lebanese entrepreneurs need to build companies that will create a buzz overseas – but not move there. To combat this temptation for entrepreneurs, the BDD-based hub, which will send up to 15 Lebanese startups to the UK for acceleration, has the one caveat that their companies must return to the country and set up their SALs in Lebanon. “The ecosystem has to grow from the outside in,” said Reilly, in a conversation with Wamda.

“We are a country of content providers,” said Kheireddine when asked about the main challenge facing the development of Lebanon’s knowledge economy, “but we are not distributing it enough.”

Flat6Labs will launch its Beirut accelerator early next year under the leadership of Fawzi Rahal. Cofounder Hany El-Sonbaty said the accelerator will be providing $30,000 to $50,000 in seed money to 100 startups over the next five years, creating 1,000 jobs in the process.

Hoayek also added that she was also keen to see accelerators and incubators forming outside of Lebanon's major cities.

Why should startups fear ‘Robert’?

Despite Circular 331 having successfully paved the way for more open relationships between banks and startups in Lebanon, we were reminded that there are still hurdles when it comes to bringing the two parties to the same table. Fouad Rahme, the general manager of BLC Bank, was keen to point out, during his ‘Banks Investing in Startups’ interview, that “we are all hostages of ‘Robert’” – his shorthand for that seemingly always-unavailable government employee whose signature is the last one entrepreneurs need to officially launch their business. 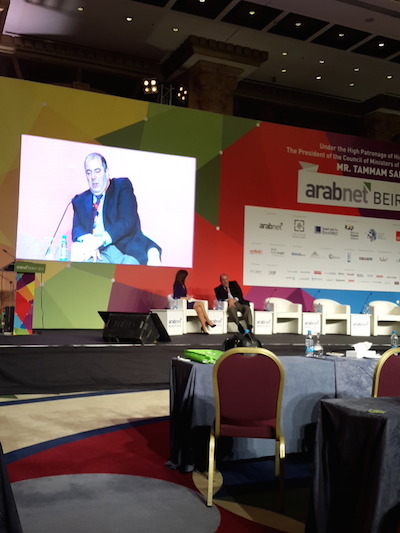 For Rahme (pictured left), Lebanon’s bureaucracy is quite clearly the main issue preventing banks and startups from acting faster. Despite some banks’ enthusiasm to invest in startups under the auspices of the Circular 331 scheme, Rahme reports, the government has created some holdups. “We are the success stories,” the banker said, and “the Lebanese government is the failure. We need to move forward without it.

The highly anticipated final panel of the event featured a one-on-one interview between Abdulaziz Alloughani, chairman of the $7 billion Kuwait National Fund for SMEs Development, and Arabnet founder and CEO Omar Christidis. The discussion was clearly intended to present an example for the Lebanese in attendance – politicians in particular – of a meticulously organized government fund with a clear vision, mission, and operational strategy.

Chief among the concepts Alloughani stressed during the brief interview was that the government needs to be “much more forward thinking in building a vision of the ecosystem,” rather than “being reactive to public demand.” Further, to avoid bureaucratic bottlenecks, the government should relinquish control over certain aspects of the process to the private sector, whose “role is very important and can’t be undermined,” Alloughani said. 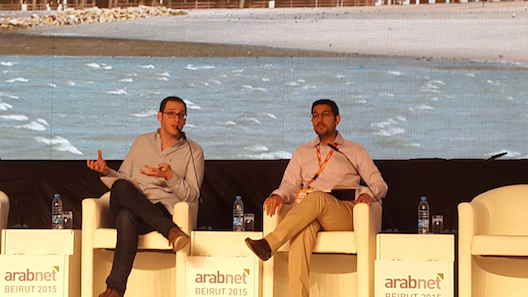 The Kuwaiti program has been divided into four key building blocks, said the entrepreneur (whose company Talabat was recently snapped up by Rocket Internet in a landmark deal): first, to provide access and support to Kuwaiti startups beyond just capital; second, to reduce the amount of time required for Kuwaiti entrepreneurs to license their companies to just 30 days (Christidis’ jaw literally dropped in response to this statistic); third, to precipitate a mindset shift in Kuwait’s populace, away from the “traditional merchant economy”; and finally, to provide legal support for entrepreneurs at all stages of their journey.

He went on to discuss more specifics of the program’s organizational framework, including key performance indicators, program metrics, and stages of the funneling process.

With the advent and implementation of so many new schemes to build up Lebanon's ecosystem, maybe success stories like Diwanee and Shahiya will no longer be the stuff of startup pipe dreams.