This article is a crosspost with Astrolabs.

This note is meant to outline the danger of penny auction sites and prevent a potentially dangerous rise of these sites in the region.

Penny auction sites are active in the region and should be stopped before they mushroom and take advantage of an online audience that is experiencing e-commerce for the first time. They are deceptive, prey on the online consumer and tarnish the reputation of online-commerce.

In this report, Fancybid.com (Previous TheFancyBid.com) is taken as a case-study, other sites are emerging to replicate the same model (See section 5).

Penny auction sites emerged in the U.S. and Europe in the last few years and quickly moved from being pronounced as a “license to print money” by Tech Crunch’s Mike Butcher, to several of the sites shutting down, with others forced to shut down. Some surviving sites such as Madbid continue to get criticized by the press and consumer advocates.

During this period several lawsuits were filed and state and federal regulators in several countries looked into the business practices of these companies, for brevity the following three links are provided as background: Consumer Reports, The Guardianand Fraud.org (More links at the end of this article)

With the auction sites, deception starts at the marketing stage as the marketing messages for these sites deceives the potential customer into thinking that the items are being “SOLD” at very low “PRICES”. However, the reality is that these goods were offered at the shown price after a large number of people lost a significant amount of money bidding on these items with bid prices ranging from US 70 cents (25 bids for USD 17.50) to US 56 cents (625 bids for 2USD 350)

See exhibit 1 for examples of the marketing messages and exhibit 2 for the pricing of the bid packages.

Exhibit 2: Bid prices on Fancybid.com. Purchasing bids is required to participate in the auction. 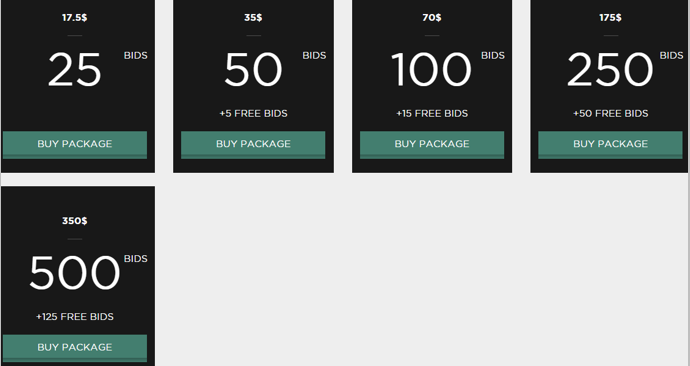 Thus the shown Prada bag (Exhibit 1 , Middle Image,  bottom left Bag) that is marked as SOLD at $88.55 was actually Sold to the bidding public at a price between $4,959 (8855*.56) and $6,199 (8855*.70) PLUS 88.55 since the winner gets to buy it at that “price” Compare this to the stated (and often inflated) retail price of $1,900. The core issue is that in reality this means a group of bidders each spend tens to hundreds of dollars bidding up the counter (what the site calls the “price”) only to have someone outlast them to “win” the right to buy this item at $88.55. This is at best akin to gambling. In fact, it is worse, since for most bidders unless they have armed themselves with a war chest will be guaranteed to lose their money, as compared to gambling where these a statistically minuscule but there still exists a possible change of winning.

Generally, after the auction starts bids start rolling in, but bidders soon realize that it is better to wait until the last moments of the auction to utilize their bids. However, they then discover the never-ending “Ending Now”:

Exhibit 3: FancyBid.com FAQ defense of the auction continuing after the timer runs out

Since the model rests on the frantic bidding at the end of each auction the site focuses on inciting that with posts on social media and emails during those periods.

Exhibit 4: Twitter posts and emails targeted during last part of the auction

Indication that bidders/players are not fully aware of the mechanism:

Attempts to shield from responsibility

The fact that auction sites have been sued and shut down has lead the new crop to defend the model by having an appearance of transparency and awareness.  Adding sections on how the auction ends -Probably the most frustrating element to first time users-  and adding notes in the FAQs about the need to have “enough” bids.

Exhibit 5: FancyBid.com bid page summer 2014 and winter 2014 with notifications about bidding end and answer in FAQ addressing the ‘auction’ issue and recommending that users “show caution”

Risks of spread of the penny auction model in the region

The apparent success of Fancybid is leading to other penny auction sites to launch, such as bid affairs, Bidzayed and potentially more (see exhibits 7, 8 & 9). The core weakness of the model is that it relies on first time unsuspecting users and is in constant acquisition mode, as soon as the market has a level of awareness about the operating model the business slows down.

Exhibit 6: A freelancer.com posting requesting a similar site to thefancybid.com 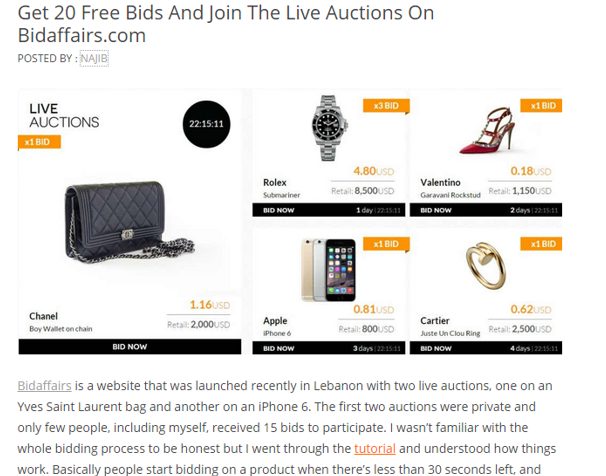 Exhibit 9:  A LinkedIn job post for an auction based ecommerce site (Penny auctions not specified)

Protecting the regional consumers from these sites is needed as they have already been proven to be dangerous an online audience that might fall for their deception.