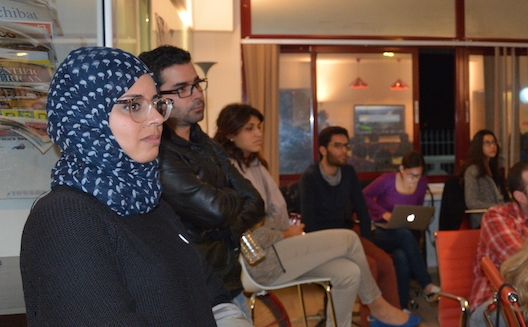 After favorable outcome in Egypt, where the Startup MENA team engaged over 400 entrepreneurs in 2014, designing tailored workshops for the needs of the local ecosystem, plus its launch in the GCC, it is now the turn of Tunisia to repeat the success.

During their first trip to Tunisia, the team invited its entrepreneurs to a launch evening at the country’s only social co-working space Cogite, in the upscale Tunis suburb of Le Lac. The event was the first step for the project's expansion to the small Mediterranean country.

“We are boosting the startup ecosystems through tailored workshops for startups and entrepreneurs, connecting them with mentors and investors,” explained Jakob B. Kistorp, co-founder of Venturescout, the firm organizing the event, to a mixed Tunisian audience of women and men of all ages. Venturescout is a collection of serial entrepreneurs, ex-corporate executives, venture capitalists and expert trainers entrenched in startups and entrepreneurship. “We’ve built 28 of our own startups,” explained the cofounder, “including founding Startupbootcamp, Europe’s largest accelerator and the international startup factory Rainmaking.”

He emphasized that entrepreneurship is a mentality, a mindset, a will to change something, a passion. “Very few people start a business for the sake of money,” argued Kistorp. Repeating himself several times he said: “Instead they want to change the world."

The concept of Startup MENA is to work closely with local actors, in order to identify national problems and help improve the different ecosystems. “It takes time to change an ecosystem,” explained Kistorp. However, the team was pleased after only a couple of days of networking with Tunisian entrepreneurs. “We’ve already got a sense of where within the ecosystem there might be room for improvement,” argued project manager Sara Leth Ottosen.

Many of the audience’s entrepreneurs shared personal stories about the challenges they face on a daily basis, even failures. Failure is a lesson too, said Ottosen and encouraged the entrepreneurs to learn from each other by communicating about their letdowns. “How much do people talk about their failures?” asked Ottosen. Not a lot, confessed the audience.

In Tunisia, as in many countries, failure is considered taboo, nothing you want to speak about out loud. Furthermore, if you’ve failed once you will have a hard time convincing funders to invest money in your projects again, explained one Tunisian entrepreneur who had failed one project but was now eager to get started again. Yet, failure is a part of the startup journey and should be considered a lesson, something you do once, but, hopefully, not again, continued Ottosen. “In the US the mentality is different,” she told the listeners, “In the US if you haven’t failed yet you will not be getting any money.” Failure is seen as an important first step of learning. 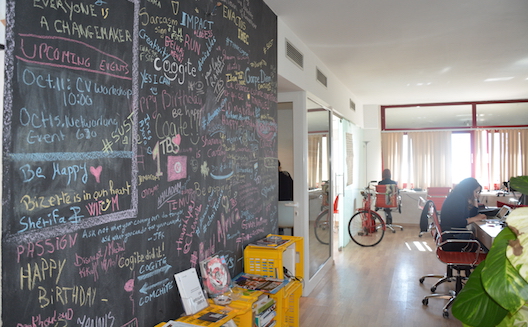 “How can we help you?” Ottosen asked the audience. In addition to finance, one problem in Tunisia is the lack of coaching and mentoring, argued one aspiring entrepreneur, “Young people don’t know where to begin.” Mentoring and coaching are key factors in a company’s start-up phase, argued Kistorp, which is why Venturescout has a database of over 2,000 international mentors and investors in its network.

In addition to coaching and mentoring, networking is key. Finding the right people for the right task is difficult in Tunisia, explained one in the audience. “It takes a lot of time finding competent people,” he said. This, argued Kistorp, is something that can easily be fixed. “Just create an email list or online platform with your entrepreneurship network,” advised the co-founder. Here you can share advise on everything from how to jump hurdles to practicalities such as who can recommend a great accountant.

The audience seemed satisfied with the input. “It was very interesting,” said 23-year-old Ahmed Hadhai who has a business idea he is hoping to realize. He was well aware of the work of Startup Mena after its work in Egypt, and was excited to see it take on Tunisia, to see how it can boost the entrepreneurship ecosystem in his country.