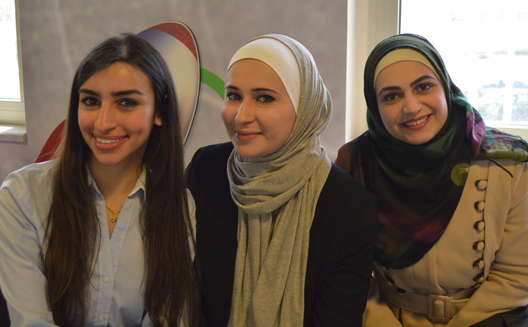 Participants of the first Girls in Tech bootcamp in Jordan. (Images via Tala El Issa)

One month into their existence and Jordan’s chapter of Girls in Tech (GIT) has just finished hosting its first bootcamp for 18 graduates, and soon-to-be graduates, of the country’s Information and Communication Technology (ICT) sector.

Focusing on entrepreneurship, the two-week camp exposed the participants to introductory presentations and discussions on the topic, as well as more in depth workshops about business models and business development. It was held at Amman’s The Tank, an innovation center sponsored by Umniah Telecommunications in partnership with Plug and Play.

Amongst the women participating, seven of whom were from Amman itself, there were women from various provinces including Al-Mafraq, Irbid, Al-Zarqa. Arwa Khaled, a software engineer who attended, didn’t mind the five hour daily drive to the bootcamp and back to her home in Al-Mafraq. “As fresh undergrads,” she said, “we need direction from professionals who have studied the market. The distance from my home to The Tank is far, but the bootcamp is worth putting all my effort for”. 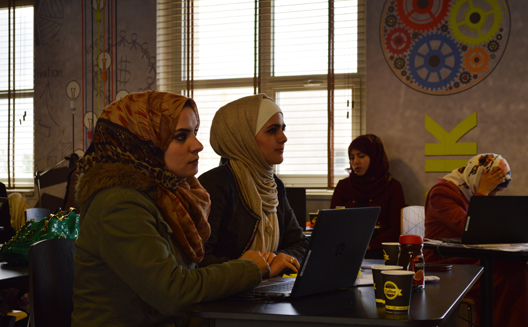 ICT girls learning how entrepreneurship can help them in their careers.

Salam Shibli, a participant from Amman, was very impressed with the group’s diversity. “I am very happy that women from different provinces were united under one roof,” she told Wamda. “Usually such events limit their target to Ammanis who are more similar to each other than different. But GIT allowed us to meet people with new and different ideas”.

Rania Ghosheh Jaber, GIT Jordan’s General Director, as well as the managing partner of the MENA Apps accelerator, says that focusing on women in the fields of entrepreneurship and technology is a priority for two reasons:

The GIT’s Jordan chapter was launched at the start of March by the Jordanian Competitiveness Program, an affiliate of USAID, and is a continuation of the American nonprofit organization’s spread across the globe. Since they were established in 2007 they’ve opened branches in 35 cities, focusing on engagement, education and empowerment of women in technology and entrepreneurship. So far in the Middle East they’re present in Egypt, Kuwait, and UAE. 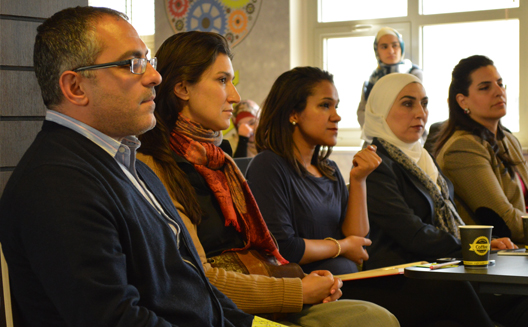 On the last day, the participants presented their ideas to a judging committee who directed and advised them. Ideas ranged from medical apps, to educational platforms and political websites.

According to Ghoseh, GIT Jordan is preparing for many future events such as a summer bootcamp for university students, startup competitions, a series of monthly meetings, and the establishment of an entrepreneur-mentor network.