On the eve of the Step Conference, (the Middle East’s largest event featuring technology, design, and gaming trends), Innovation360’s accelerator space, The Cribb, in Dubai hosted the first TechCrunch Meetup and Pitch Off.

The Presella organized and o-Desk sponsored event saw TechCrunch’s editor-at-large, Mike Butcher handpick twelve startups out of 120 applications to pitch their ideas. Each startup had two minutes to present and three minutes for q&a from the judges. The room was packed with the electricity of entrepreneurs and the enthusiasm during the interactive session was palpable.

Teams competed for the first prize of a table in Startup Alley at TechCrunch Disrupt NYC to be held in early May, and second and third prizes included tickets to the event.

First prize went to Bit Oasis, a multi-signature wallet that transfers money across the internet instantaneously and cost-free. Giving a clear and concise pitch the cofounder Ola Doudin, spoke about their future plans to launch a currency exchange service in May, and a mobile wallet in June. The team resides in both San Francisco and Dubai, and currently has over 7,000 users across the Middle East.

The second hand market place Melltoo gave a strong story-telling pitch using a real scenario with a used iPhone. Sharene Lee, cofounder, explained how the idea started out as a traditional classifieds site, but that it soon became clear that buyers and sellers found it a hassle to meet and exchange the goods. Since then, the team has created a service in which communication takes place via a chat function and then the delivery of the goods is handled by the company itself, eliminating the need for buyers and sellers to ever meet. Today, the site operates in English, Arabic, French and soon, Turkish.

Laundry Box finished in third place. An already well-established and well-funded startup, their idea originated from the problems associated with logistics and payments of laundry services, creating a modern-day solution to a relatively routine task. Lockers are placed in residential buildings for laundry picked up and dropped off with an app to make orders and payments. With over 50 locations, 30,000 laundry cycles, and $5 million in funding, the startup that launched two years ago has received franchise offers from a number of other cities such as NYC. The company will be launching ‘my box’, a locker that can serve a variety of purposes. 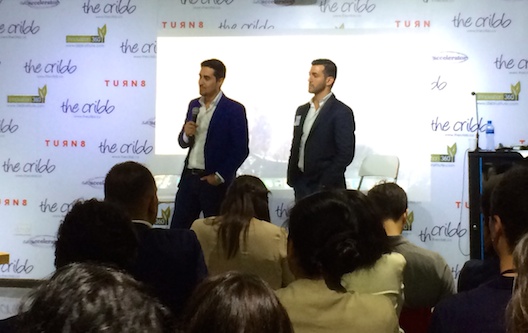 Butcher opened the event admitting it was his first trip to Dubai from London. His first impressions of the MENA ecosystem in general included that the idea of replicating already existing ideas and adapting them to the local market is completely healthy. He also pointed out that each region has unique ideas with global appeal. As examples he talked about wearable technology and 3D printing in fashion - a trend currently emerging from London - something that could never be born in Silicon Valley. “When you get under the skin of Dubai, you see an explosion of entrepreneurship that is highly international and enthusiastic about the region. A handful of companies are thinking in a global way,” he said. 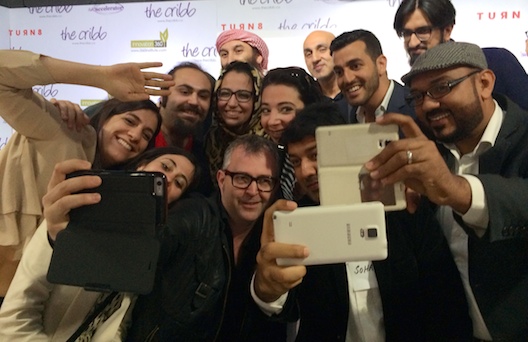 He went on to explain that the key ingredient for building an ecosystem is to cultivate talent - the need for kids, to grannies, to learn how to code, for universities to encourage studies in the technology space, and platforms such as The Cribb to serve as incubators and provide early stage funding.

The idea behind the event was to identify disruptive technologies that could later be, “a structural monopoly” such as Facebook, Twitter, or LinkedIn. As startups gave their best pitch, Butcher offered each of them on the spot advice and emphasized the importance of their pitch to tell a story of how the idea solves a problem. The criteria for the winning pitch consisted of, above all, passion, followed by good communication; talking about the user experience, their team, sources of funding, market size and traction. “The most interesting ideas are the ones that are genuinely disruptive,” says Butcher.

“The event was great because you were able to see the energy and the willingness of people to pitch their ideas. We are going to see more and more organizations like TechCrunch coming through Dubai and the UAE as it becomes a hub for entrepreneurial activity,” said Kamal Hassan, Founder of i360accelerator.