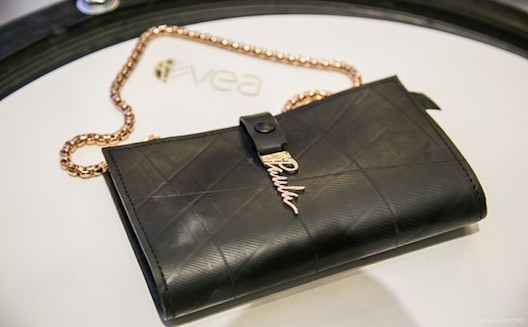 Vea specializes in upcycling, the repurposing of rubber tire inner tubes into fashion accessories, such as handbags, wallets, and purses. The store was founded in November 2014 on principles of ecological preservation, with the objective to “build and develop awareness about upcycling in our society,” Vea’s founder Patrick El Zoghbi says.

Vea follows the archetypical foundations of startups. It got its start through PACE, a USAID-funded program that provides grants, mentorship, and investment to startups looking to develop their projects. El Zoghbi participated to a competition organized by PACE and pitched the idea of using rubber tubes to create fashion items. His idea was among the winners and Vea was officially launched on November 2014.

“Vea is part of a social vision,” El Zoghbi said. “We have to preserve our planet – we only have one.” El Zoghbi himself is the main source of funding for Vea, but he has managed to garner mostly non-financial support from a number of businesses to assist in his ecological endeavor. Any additional financial support comes in the form of sponsorships. Bridgestone Tires helped launch the startup by helping it find the raw materials for manufacturing, and Solidere helped providing a location for Vea to open its doors in Beirut Souks.

Since its creation, Vea has been able to disseminate its message effectively, enlisting the support of Lebanese television host Paula Yacoubian. Their collaboration has led to the creation of a line of products endorsed by Yacoubian, Paula by Vea. All proceeds from her line of products are sent to charity. 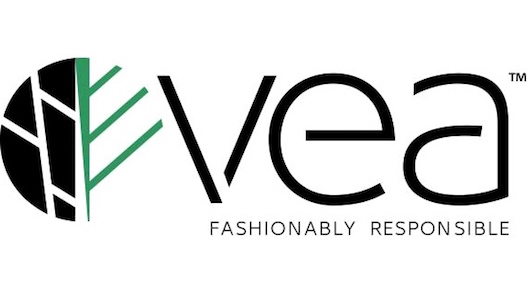 Looking to continue its growth, Vea is planning to expand its line of products and manufacture new accessories and home decor items, hopefully with proceeds from the Zoomaal campaign. “We believe crowdfunding is one the best ways to gather funds and Zoomaal was our first choice,” El Zoghbi says.

The entrepreneur has brought Marwan Ammoun, a business partner at emagine, a boutique concept creation agency, on board to work in tandem with on its crowdfunding campaign. Ammoun is in charge of the advertising and branding for Vea. “[The campaign] will be used to pay designers, produce multiple prototypes and market the line,” he says.

Zoomaal is a platform for specific projects and products in the MENA looking to find funding from a number of small investments from individuals. The system relies on donations from backers who pledge to fund the project. As an incentive, projects offer backers rewards such as gifts and perks. If a project does not reach its funding goal within the time limit, they will not receive any funding and the backers are reimbursed. Vea is part of 12 current projects seeking crowdfunding on Zoomaal.

To achieve its expansion plans, Vea is asking for $10,000 in funds. As an incentive, all backers will receive a 20% discount voucher on the future goods, in addition to handbags and various accessories based on the level of the pledge. “Even if the fund doesn’t work, it will get people involved,” El Zoghbi says hopefully.

In the longer term, Vea hopes to expand to other countries in the MENA. “Lebanon first, but we want to expand both [geographically] in the region and also our line of products,” El Zoghbi says.

Regardless of the result of the Zoomaal campaign, Vea will move forward with the manufacture of its new line but “a positive outcome would make things much easier and our time to market much shorter,” Ammoun says.

This is not the first environmental project looking for crowdfunding on Zoomaal. “We see a lot of excitement in creating environmental/ecological campaigns, yet few actually have the plan to actually complete their applications and go crowdfunding for them,” says Layal Jebran, head of projects management at Zoomaal. Trochet is one previous upscaling project, focused on plastic bags, that was successfully crowdfunded on Zoomaal.

To participate or help the project, visit Vea’s fundraising page.