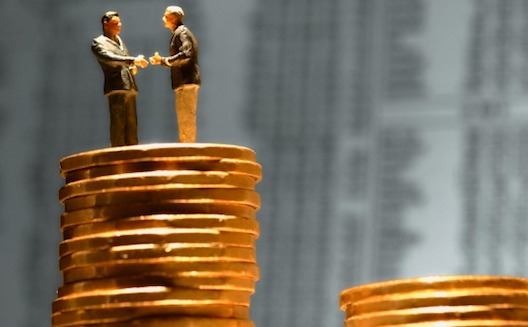 There are some questions that continuously occur in the minds of entrepreneurs - if I want to get seed financing, or that second round of funding, how am I going to build the mechanisms that will attract investors?

In some cases, entrepreneurs falter due to lack of funding, and that might require them to resort to guidance and coaching, or to search for opportunities on funding and crowdfunding platforms, or in incubators and business accelerators.

For some tips and advice on the best approach an entrepreneur may adopt during his search for money and interaction with investors, notably global ones, Wamda went to pick the brains of Vamsi Sistla, operating partner at Laconia Capital Group for investment services in New York.

Wamda: Which is better for a Middle East based startup, investment from a VC or a corporation?

Vamsi Sistla: I believe that the challenges facing startups in the Middle East, with the lack of capabilities, may force entrepreneurs to seek venture investment more than anyone else. Entrepreneurs will often view the terms and conditions set by companies as harsh and see them as limiting.

Wamda: What do investors expect from entrepreneurs?

Sistla: Investors will often decide to risk their funds in a startup when they see the glow of success in the eyes of young entrepreneurs. They will expect to find an entrepreneur who is able to explain his project, believes in his success. [The entrepreneur] will know how to face the challenges, and find the skills and potentials that his team lacks.

They need to be an entrepreneur ready to devote all the time, effort, and energy necessary to face all ups and downs of the early stages; one who studies competitors, whether at the local, regional, or global level.

If the investor doesn’t see all of this in an entrepreneur, he won’t risk one dollar.

Wamda: When is it the right time for an entrepreneur to look for investment?

Sistla: I think the answer to this question varies from one business model to another. In most cases, technical projects such as the development of mobile applications, need funds in the beginning. However, in other cases (which may be the majority), entrepreneurs should not look for investment before their project reaches a mature level, so as not to waste their main resources.

Wamda: What should an entrepreneur expect to get from a venture investor? 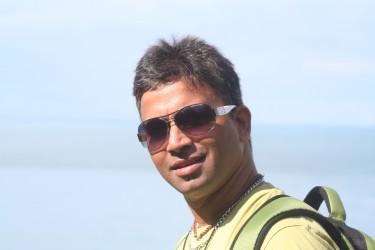 Sistla: Patience… This may be the most important thing for an entrepreneur, who is often mired in suspicion only one year after investing. This is the most common mistake that investors commit. The matter is settled. If the investor expects to get his money back within a year, he would be losing his character as an investor and turning into a lender. Profits cannot be generated before three years after seed financing, and more often than not, they are only generated when it is time for dissociation or subscription.

Wamda: What is your advice to entrepreneurs who have just started working on their startups?

Sistla: Start determining from the very first moment a profit-generation mechanism. Do not rely on attracting investments so that you don’t get stuck if you don’t receive any.

Do not consider investors entities as the answer to achieving your dreams, but rather always remember that each of you has a dream that the other has to realize.

Do not hesitate to create more than one source of profit for your project, so that investments do not stop. An example, not long after Instagram was bought by Facebook it then inked a deal with advertisers OmniCom worth a reported $50 million.

Wamda: What are the disadvantages of getting venture investment?

Sistla: In fact, getting an investment is a double-edged sword. It may either speed up success, or become harmful if the founding entrepreneur misuses resources, or rushes in his search for success before the project is completed on the ground. I believe that there is always time to rectify errors, as long as the parties concerned understand the situation.

Wamda: Some entrepreneurs decide to dispense altogether with investors to avoid third party interference. Is this a good idea?

Sistla: Not in all cases. It usually depends on the project’s business model. Some projects will never come to life without investment, especially those based on the development of a prototype. In other projects, owners should take their time before searching for investment; namely social projects, initiatives, and online content enrichment platforms. At the end of the day, every entrepreneur should determine the objectives of his project very clearly from the beginning.