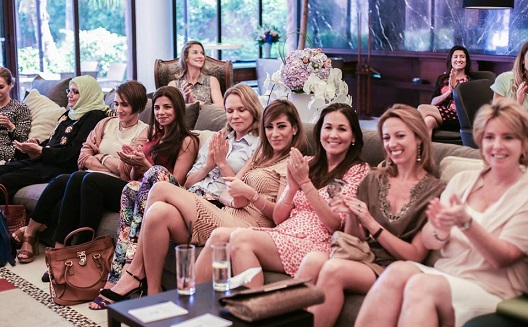 “We do not want a mentality of men versus women, but rather a comprehensive mentality for knowledge sharing between the two genders in order to build the best products,” says the cofounder of the MENA region’s first all-female investment fund, Womena.

Launched in Dubai in November 2014 Chantalle Dumonceaux was clear about their role - a space that helps female investors and entrepreneurs to meet and make deals. She also sees the group as an educational space for its members to learn about seed investment and the ecosystem, all to help them make better investment decisions.

The founders, Dumonceaux and Elissa Freiha, have been friends since university and say that since that time they knew they would create something together. “We saw that [...] the market has many needs, such as the large number of capitals that are not always invested in the right place, or for the best deal, due to the lack of education and investment regulatory authorities,” says Dumonceaux.

“We kept on thinking and doing research, and found that there is no platform for women who want to invest, so we decided to launch Womena from Dubai,” says Dumonceaux. “Women often walk to meeting halls full of men and feel intimidated to ask questions, or do not find a space suitable for their needs. We wanted to give women their own space while gathering resources from all community actors.”

Linking the words ‘women’ and ‘MENA’ they have accompanied the word Womena with a the image of the number five, three times over, symbolizing the birth date of Sayyida Khadija, whom Dumonceaux describes as “the first angel investor. The Prophet Muhammad's wife came from a very rich family and invested her own funds to help people do business. She is an inspiring model for female angel investors in the region.” 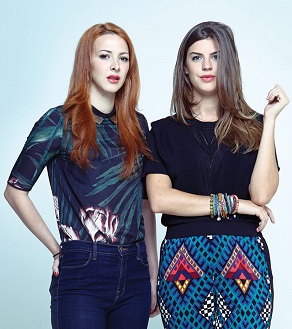 Elissa Freiha and her co-founder, Chantalle Dumonceaux, courtesy of Arabianbusiness.com

How are the investments made?

Not wanting to follow popular trends in investments they look for deals through their partners. “People often wait for others to give them the green light before making decisions, while we want to get the best deals for our members,” Dumonceaux explains.

In order to do that, the selected entrepreneurs undergo training before they pitch their ideas to Womena members. If then the entrepreneur grabs their attention due diligence is started.

“We are not a recruitment agency. We neither get paid nor impose fees on startups,” says Dumonceaux. During this process, Womena provides as many answers and unbiased information for female investors as possible. And if they decide to invest, “we facilitate the process and help seal the deal.”

As for the choice of startups, the cofounder says: “We have a database of 300 to 400 startups in line with our standards, in the region. We communicate with them and help them pitch their ideas.”

So far, Womena have successfully facilitated an investment for the Dubai-based classifieds startup Melltoo, in addition to several deals under review.

As for the selection of female angel investors Womena uses their extensive network of contacts. “We do not set the criteria for female investors. It is rather based on the woman's personality and her willingness to invest,” says Dumonceaux.

Dumonceaux did not reveal the number of female investors, but she talked about their nationalities saying: “We have one investor from Qatar and another from Lebanon. As for investors in the United Arab Emirates, 20% of them are Emiratis and the others are expats.”

Womena had only been established for a few months when they took on three employees; plus an extensive network of partners, and a council of advisers (made up of three men and one woman). And according to Dumonceaux this was not chance: “We chose the best and most efficient in the network of people we know, without limiting ourselves to just selecting women, or searching for them.” She added that men do actually outnumber women in the startup ecosystem, so finding seasoned women is hard.

Hard to be a woman in business?

For Dumonceaux the answer is  no. "As a woman, I was surprised by the extent of people’s openness towards me and their willingness to talk and work with Womena.” According to the cofounders there have been no real problems but rather there was a collaborative atmosphere to the ecosystem.

Any challenges that the women have faced been, as they put it, no different from those faced by male entrepreneurs - operational issues such as “meeting the growing demand, which made it necessary for us to recruit quickly. I am not complaining, this is a good sign, but it is a big challenge!” 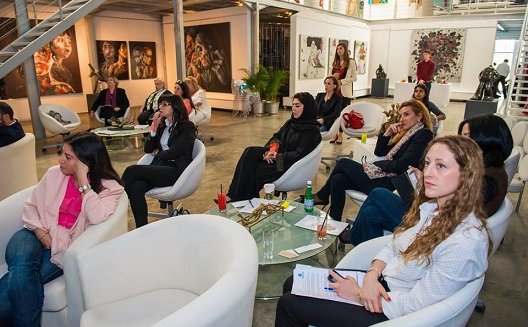 As well as receiving support from a range of angel investors the Dumonceaux and Freiha have used personal savings to get their platform off the ground. Not wanting to expand internationally they will not be seeking further funding for the moment. “We will undoubtedly resort to membership fees or sponsorship in order to ensure sustainability,” says Dumonceaux.

Amongst Womena’s multiplying projects Dumonceaux says that they will soon be launching an educational program. “We are holding one-on-one meetings with female investors and preparing workshops, video clips, graphics, and articles, where each member can find the information they need.”

Even though the issues women face differ from country to country, Dumonceaux believes that the responsibility to get women further in business lies with the women, “women must defend what they believe in, identify their goals and take hold of their future.” Acting as a platform to help women get into the world of investment she says that a solution lies in enhancing meritocracy in order to achieve gender balance when it comes to fundraising and investment. At the end of the day, “it is not about whether you are a woman or a man, but about your accomplishments and ability to set a marketing strategy, defend your products, and have the necessary skills.”