Payfort announced today the release of its annual report: The State of Payments in the Arab World, at the Ecommerce Show Middle East 2015 in Dubai.

Derived from the markets in which Payfort operates: UAE, KSA, Egypt, Kuwait, Lebanon, and Jordan, the report polled more than 60 ecommerce companies for their views on how customers are behaving online.

As noted in this year’s report, the regional e-payment gateway platform anticipates that the number of physical products sold online such as electronics, clothes and major appliances ($7 billion in 2014) will double in the next five years, to reach $13.4 billion by 2020.

Entertainment and electronics are the largest ecommerce sectors

On another note, the events and entertainment industries will generate an additional $75 million than 2014’s revenue of $125 million, creating more than $200 million annually for the region by 2020.

Ecommerce is intensely competitive and each niche is filled by multiple providers. This means that acquiring market share is the most important consideration for the vast majority of firms. 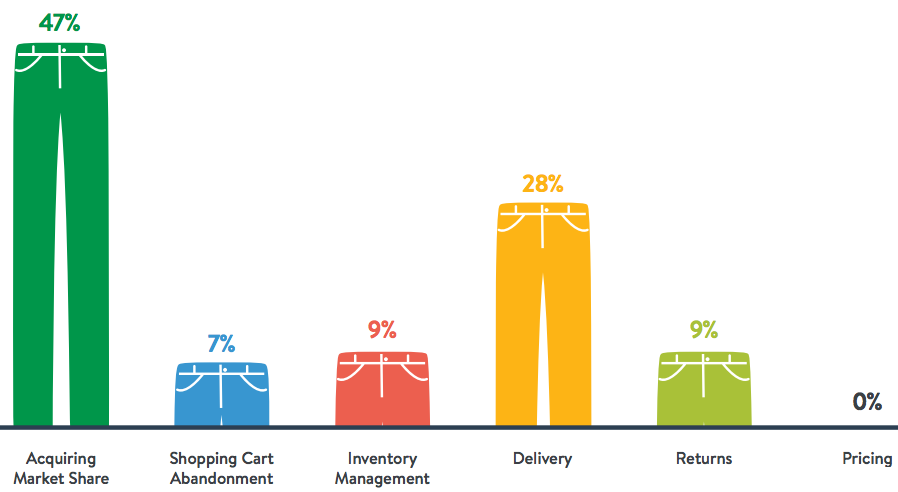 The report includes interviews with experts, such as Ronaldo Mouchawar, Souq.com CEO, who said: “Mobile is the biggest platform for most e-commerce merchant sales in the region. In many online shopping categories, such as fashion, mobile sales are already higher than web-based transactions, and by the end of 2015 we expect mobile to completely overtake web."

And Omar Kassim, Jadopado’s CEO, said that "the bottle neck is customs clearance. We like to think the GCC is one large market, but in reality it’s six countries each with their own customs rules and regulations. Many a time, we’ve attempted a GCC Customs union, which hasn’t gone anywhere yet. The solution to this would be to build industry bodies that lobby governments to improve the customs environment and push for a customs union to take place over the next two to three years."

In surveying more than four thousands of online buyers across the UAE, KSA, Egypt, Jordan, Lebanon and Kuwait, Payfort found that ecommerce is generally dominated by Saudi Arabia and Egypt – the two largest population centers in the Arab World. While both markets present the greatest opportunities for ecommerce, both also present regional challenges that inhibit growth.

Coming close behind these two countries is the UAE with its strong rate of internet penetration. Payfort anticipates that these three major markets will continue to drive changes in the world of Arab ecommerce. While Egypt has the largest number of online buyers, the UAE and Kuwait have higher proportions of ecommerce customers per capita.

Social networks play an increasing role in ecommerce, though not one network dominates the entire region. While Facebook rules Egypt and the UAE, Instagram and Twitter dominate Saudi Arabia. Surprisingly, Payfort found that Lebanon relies heavily on the professional network LinkedIn.

Unsurprisingly, people aged 26-35 are the largest age group to buy products online. However, what they buy tends to vary significantly by country. Unlike other regions where credit or debit cards are an essential part of ecommerce, the Arab World continues to prefer cash on delivery. This trend is particularly prevalent in Egypt, where 72 percent of consumers use cash for their ecommerce activity. Easy installment payment plans are also popular payment methods in the region, with 56 percent of Online Travel Agents (OTAs) claiming them to be an integral part of their business. 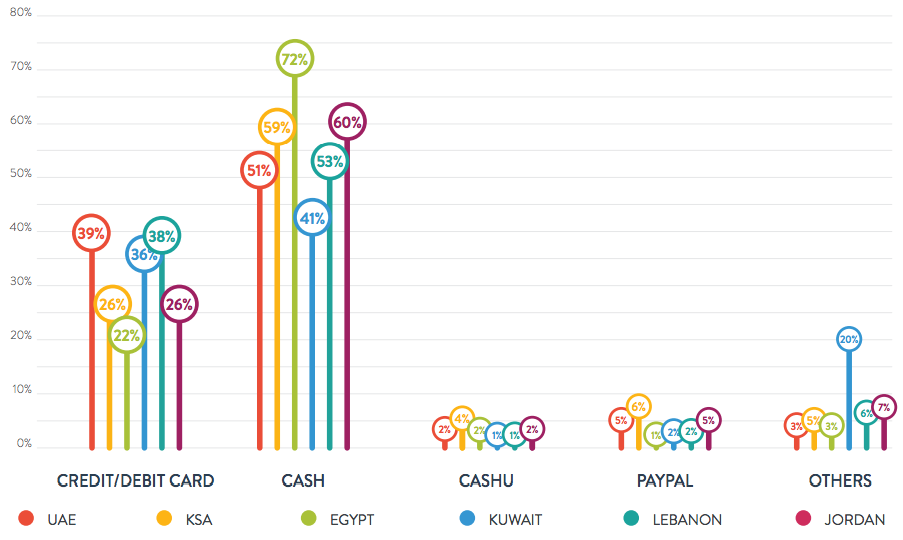 Payfort found that acceptance ratios for ecommerce companies remain low as many startups begin without fully developed checkout pages. The largest challenges for online payments come from reliance on cash on delivery as a payment system, and high chargeback ratios.